Inspired by wind blowing curtains, the installation is made of 3D printers. Made for Gwangju Design Center in Korea. 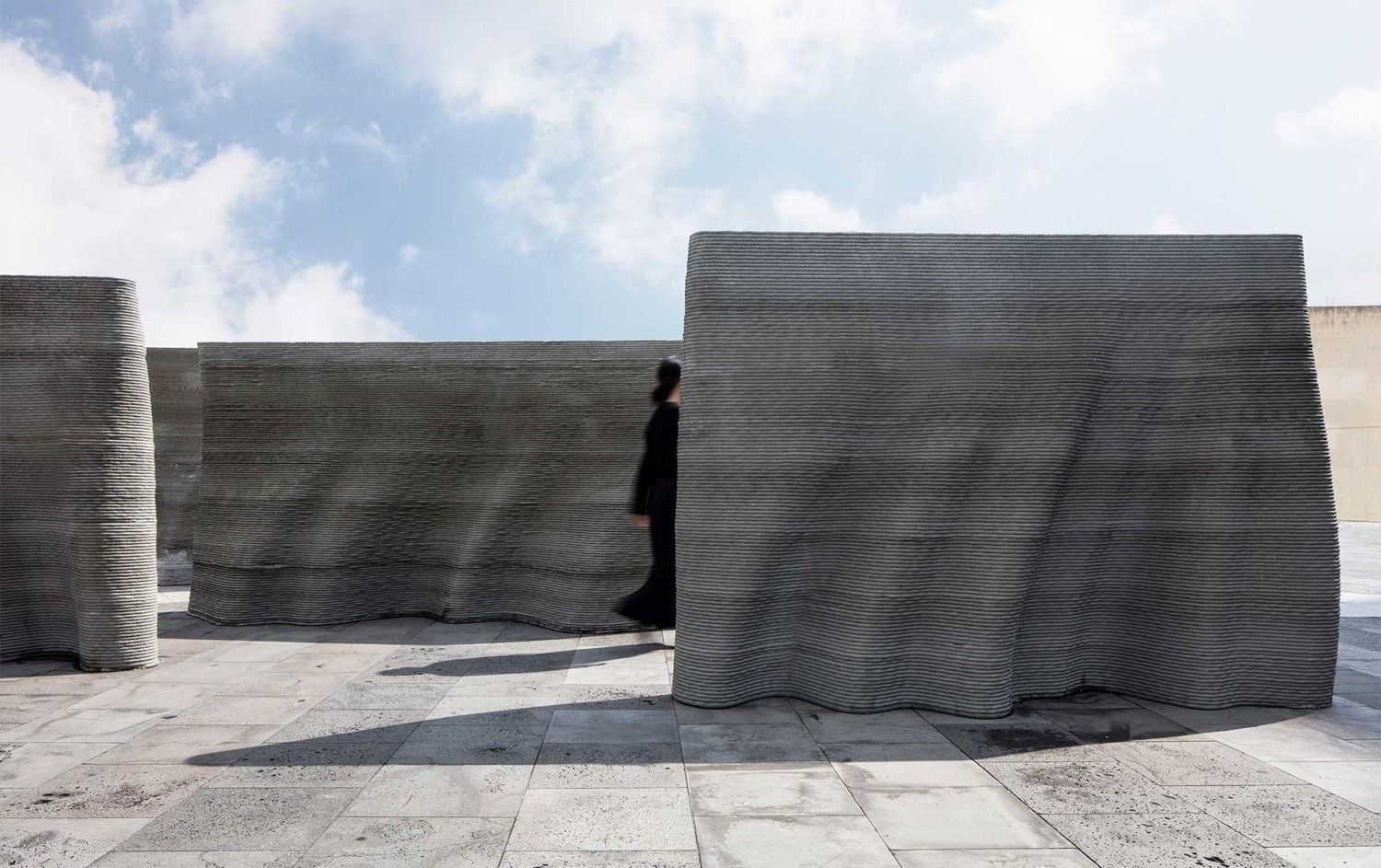 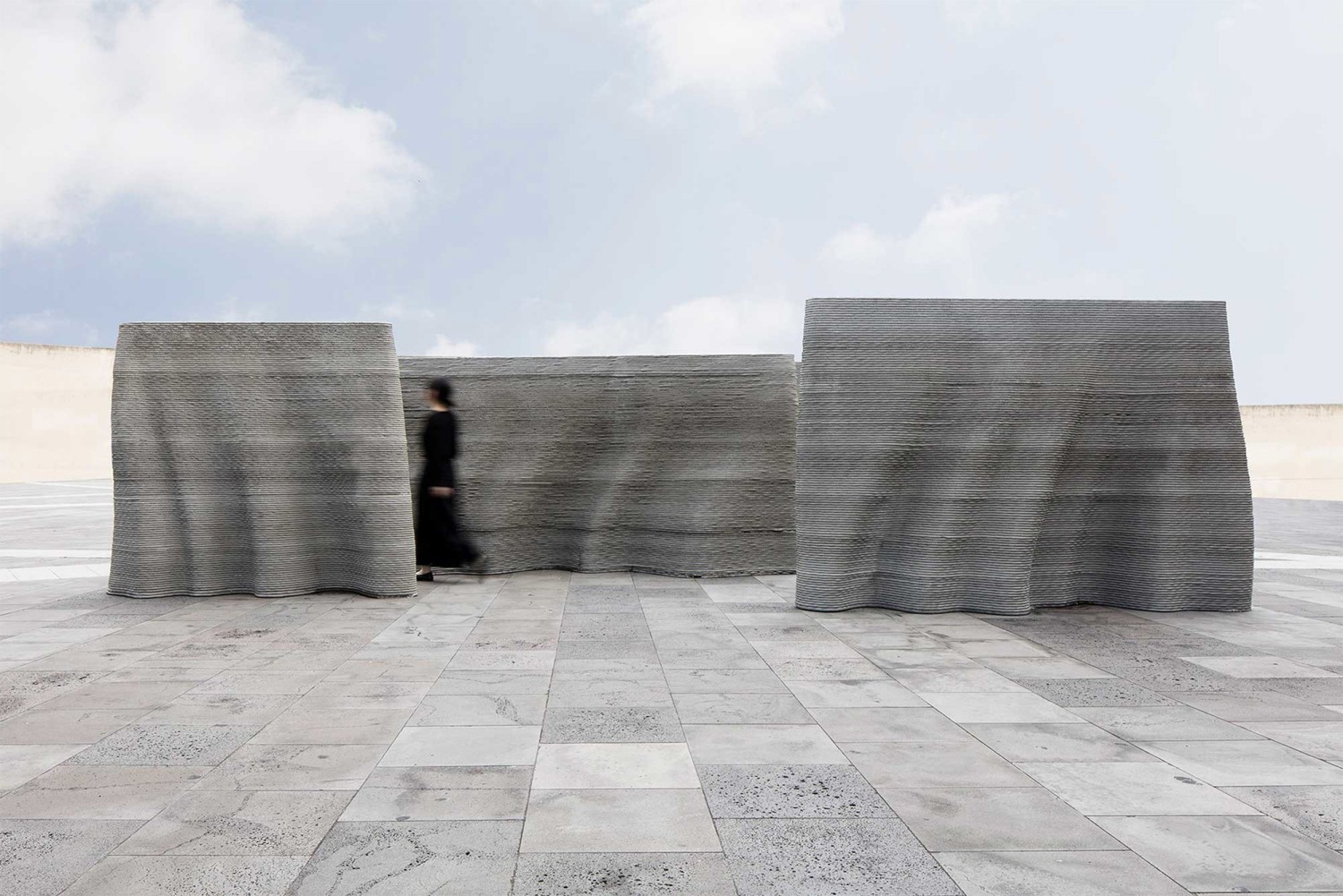 Pleat the bottom so that the concrete can stand on its own, as if a windy curtain was intended. 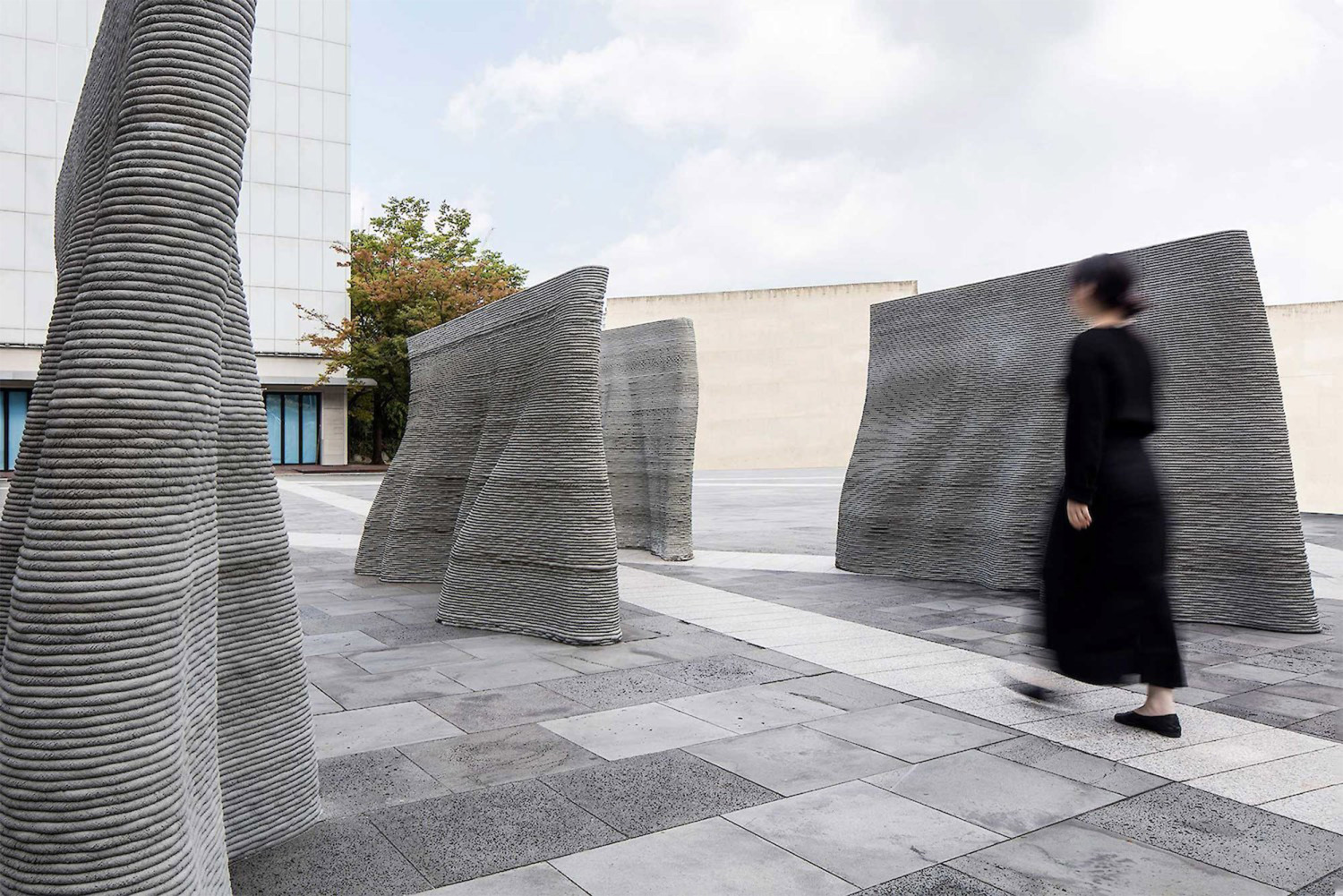 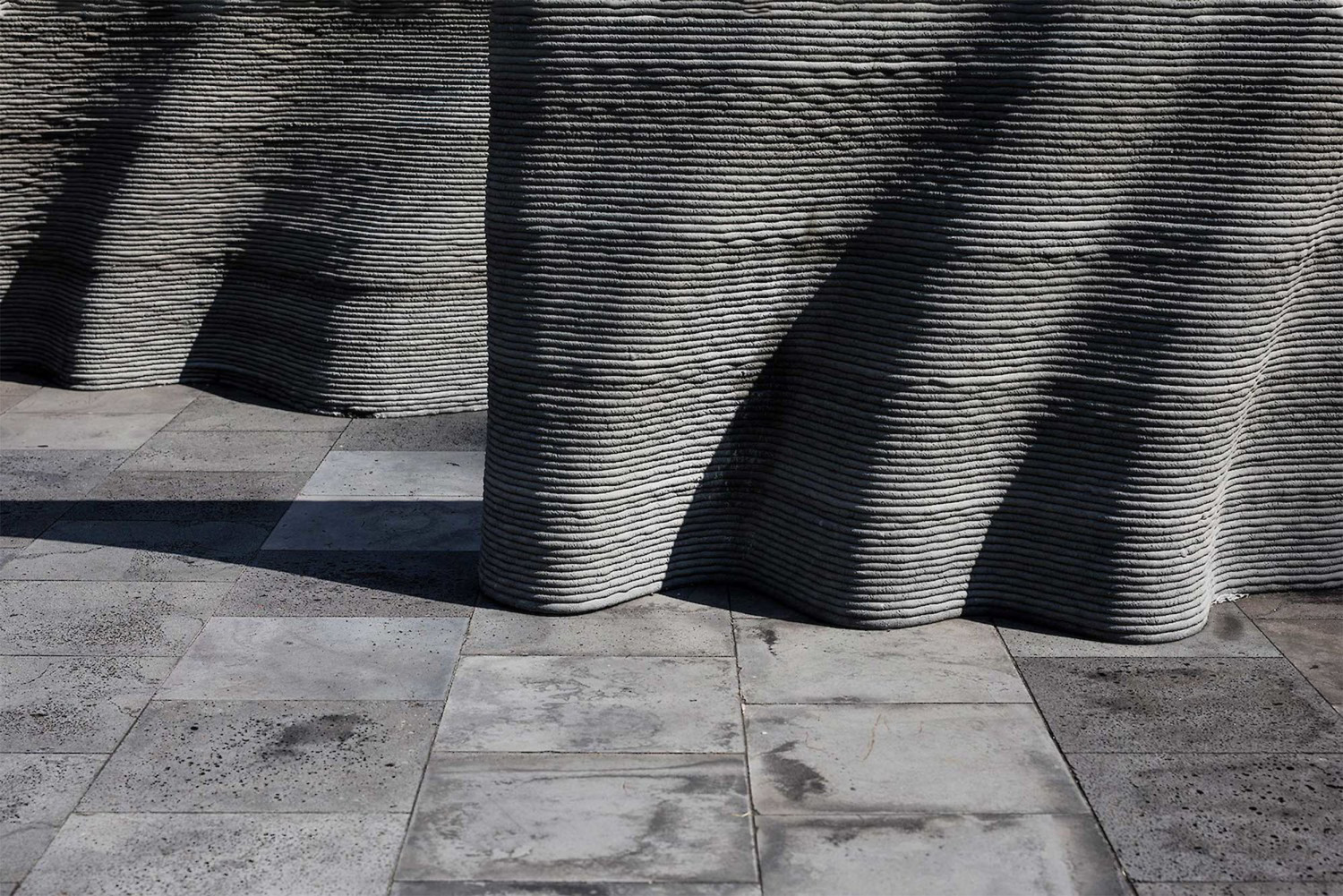 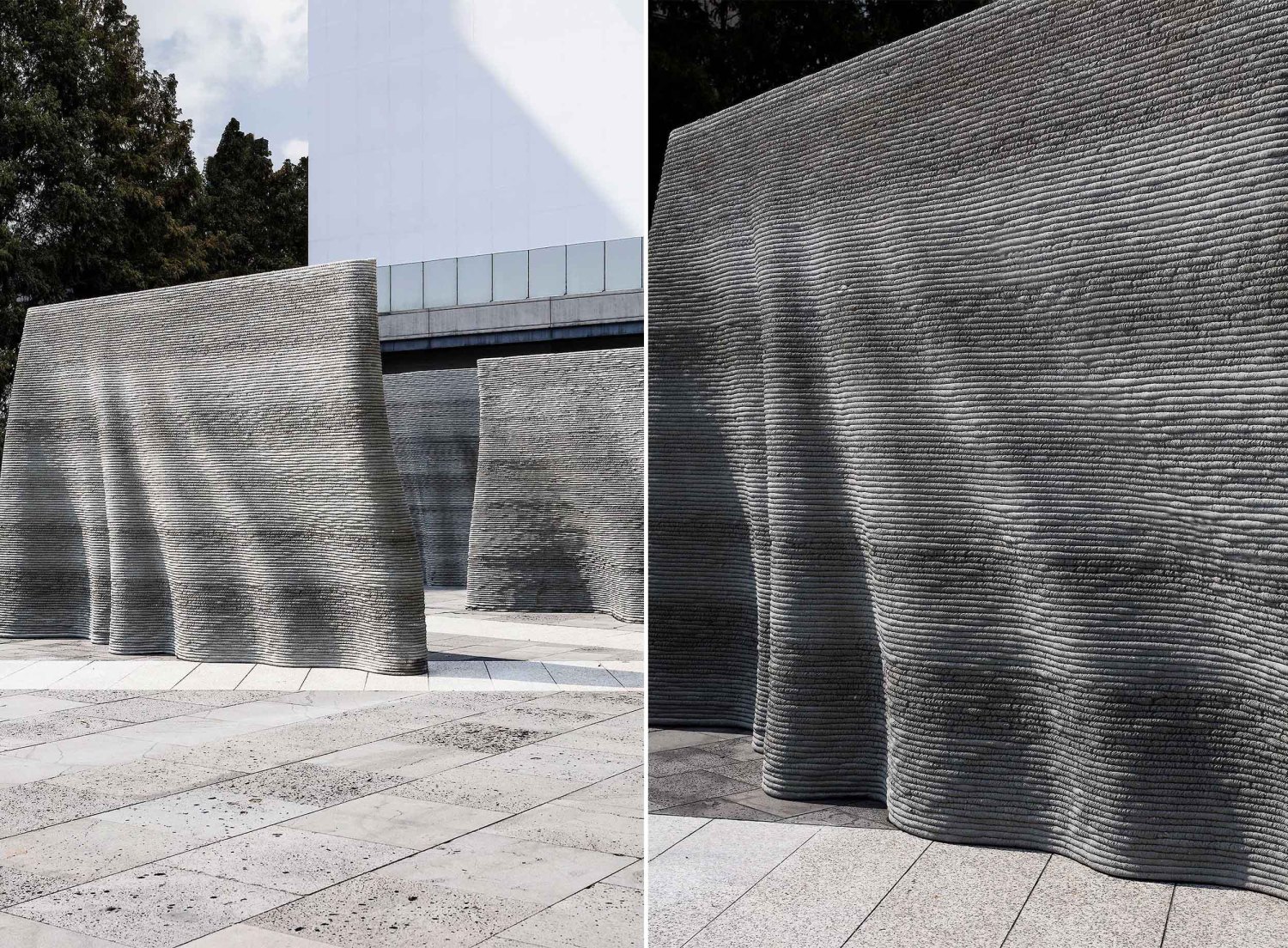 The significance of the material and the possibility of concrete printing were tested. The five The Curtained walls were virtually windy in 3D, capturing the curtains that were thrown on them by context. 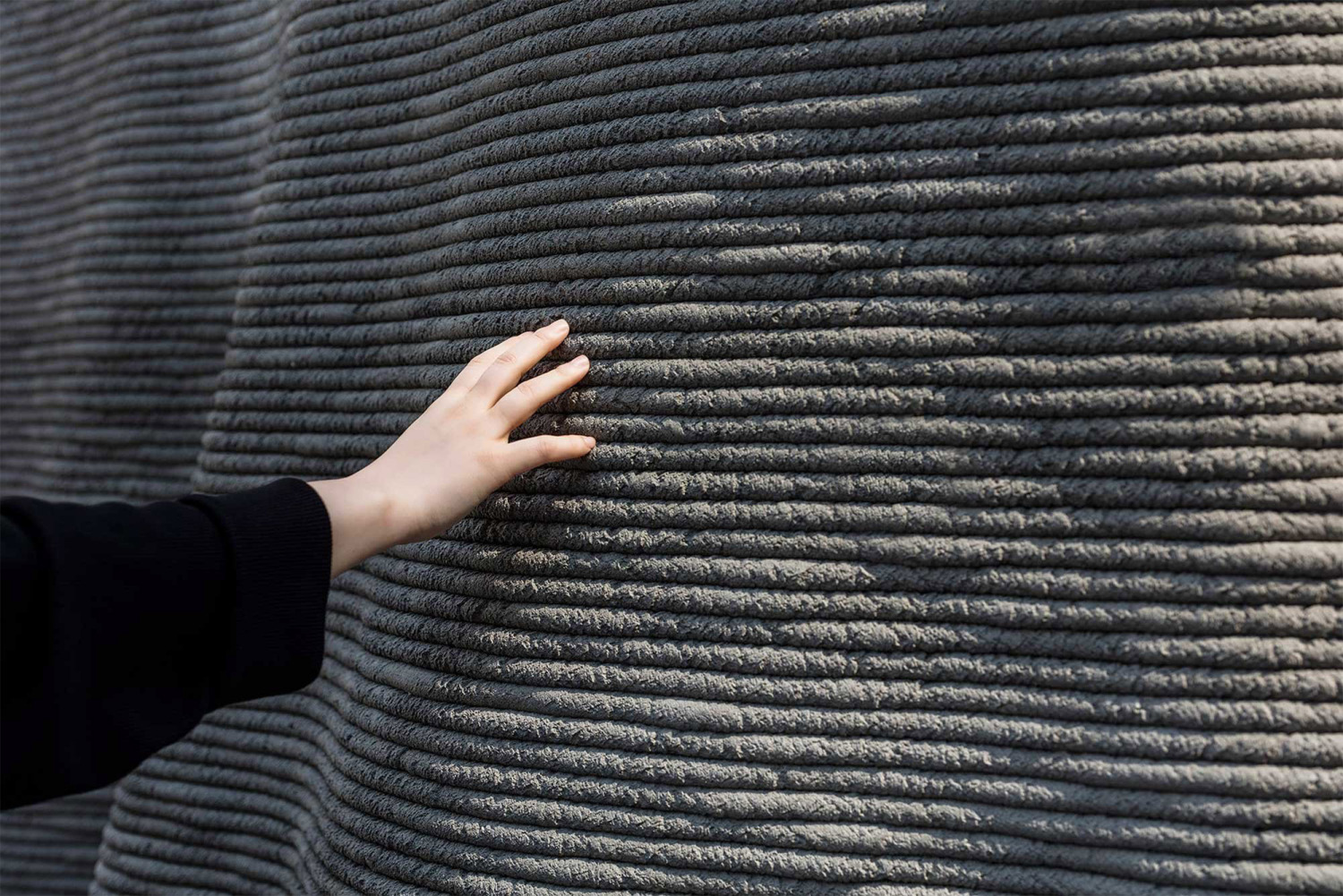 The design was transferred to digital modeling and structural research was conducted to stand on its own. In cooperation with the concrete 3D printing Korea company two or more nozzles of the 3D printer were used to produce a stack by spraying different jetting liquids through the nozzles. 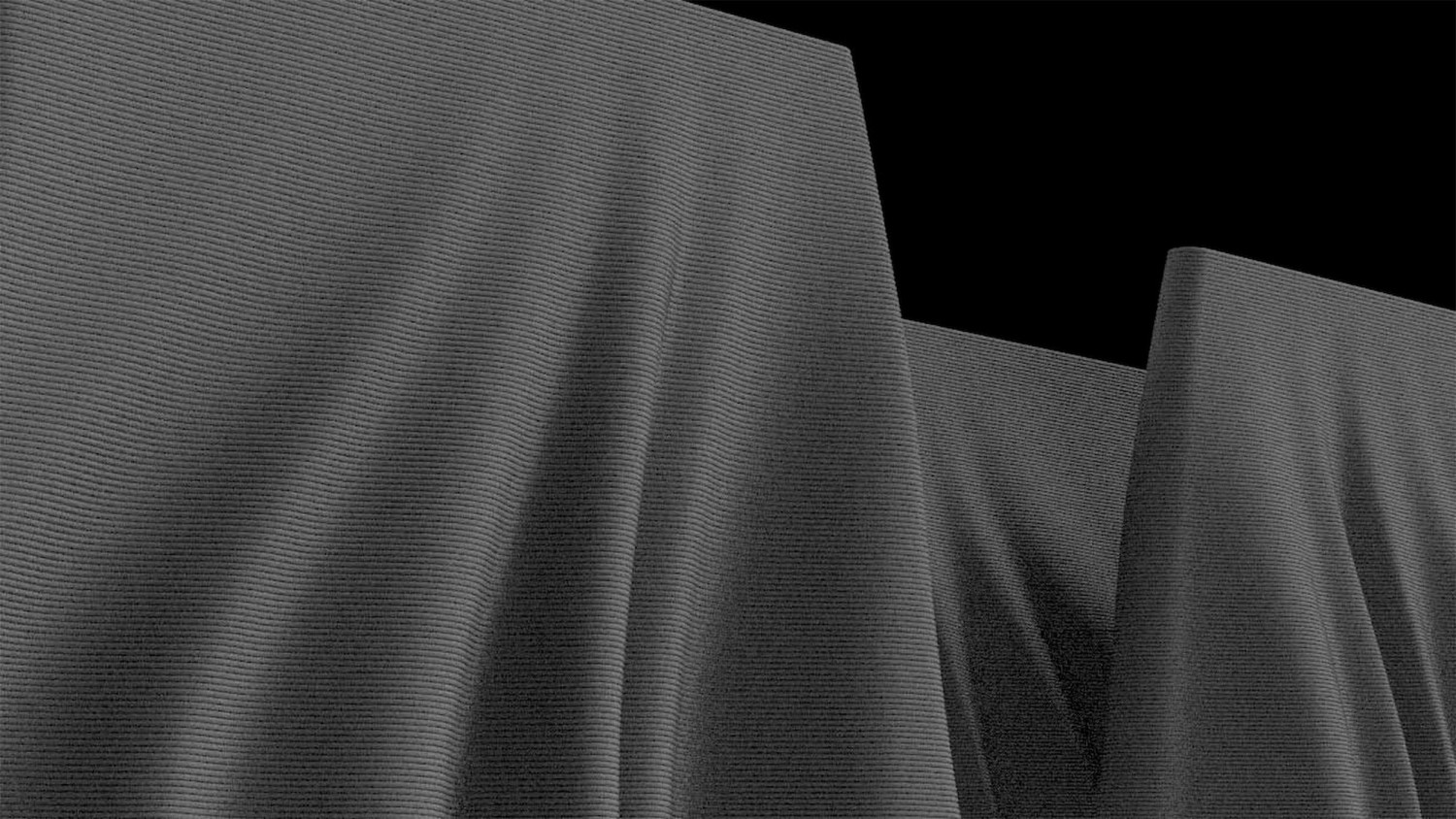 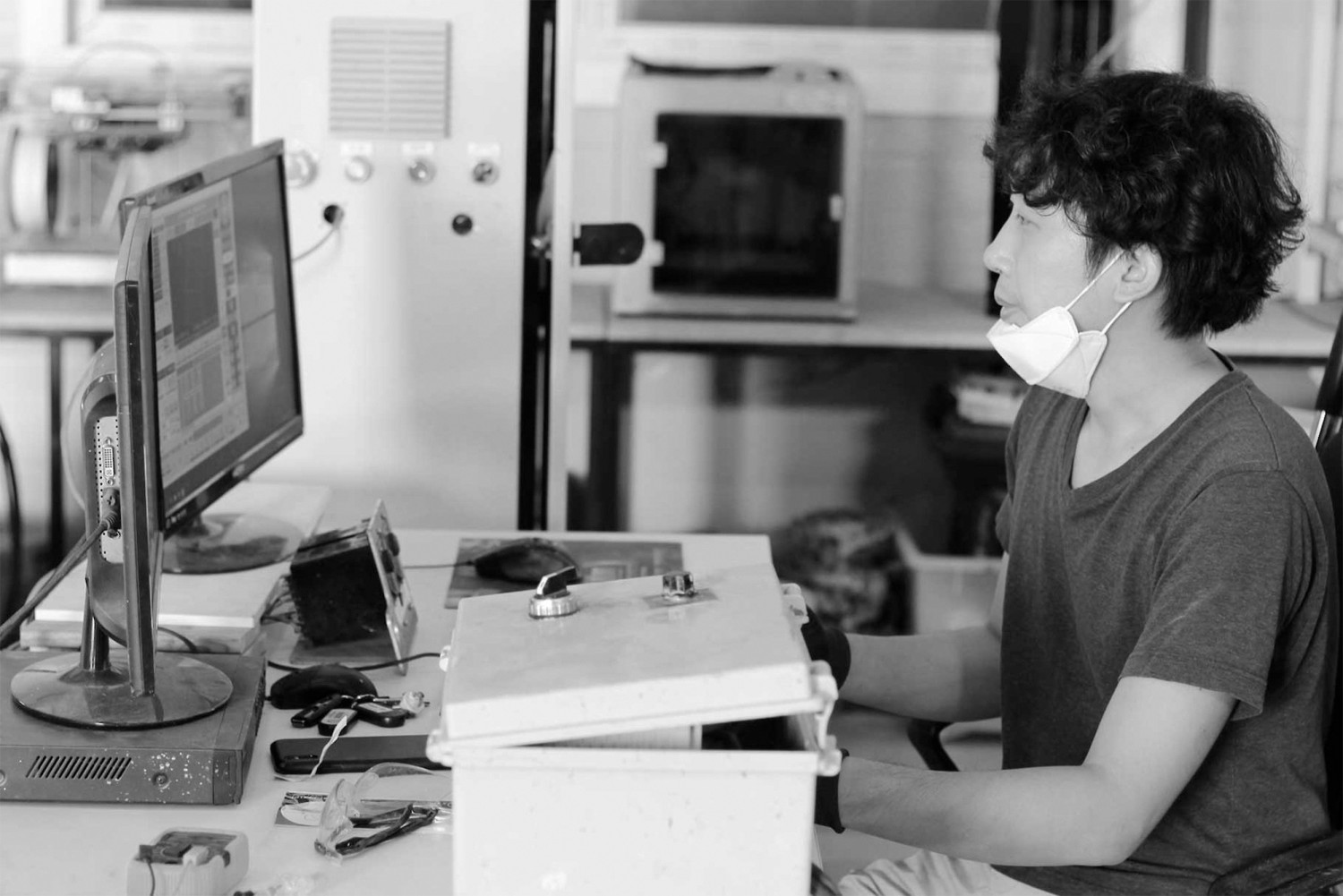 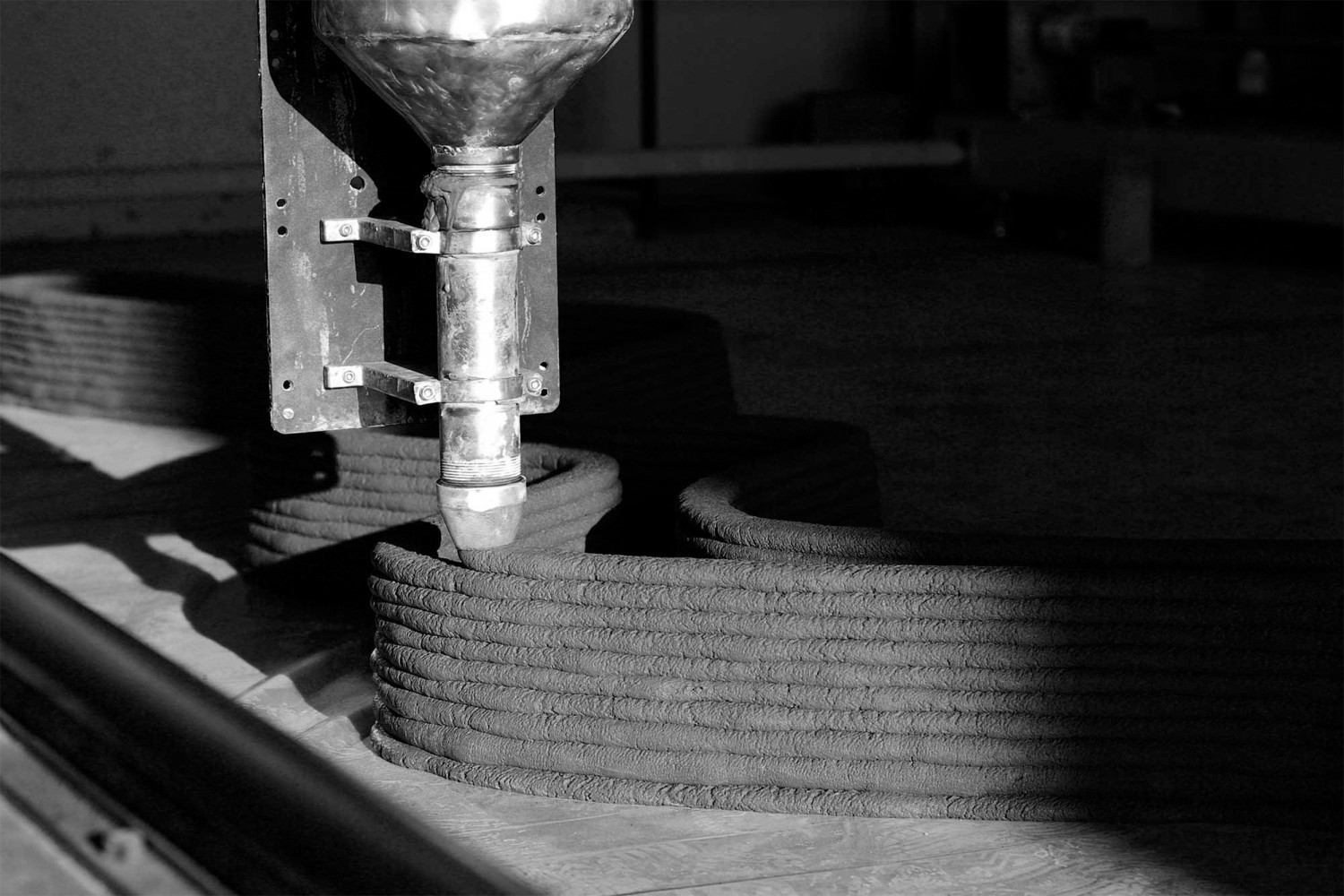