Located a few steps from one of the most emblematic avenues of the city of Mérida, Casa Maca is a historic former residence from the Porfiriato era. Visitors are transported to the past, where they are easily captivated by the vitality of the structure’s colors and textures. 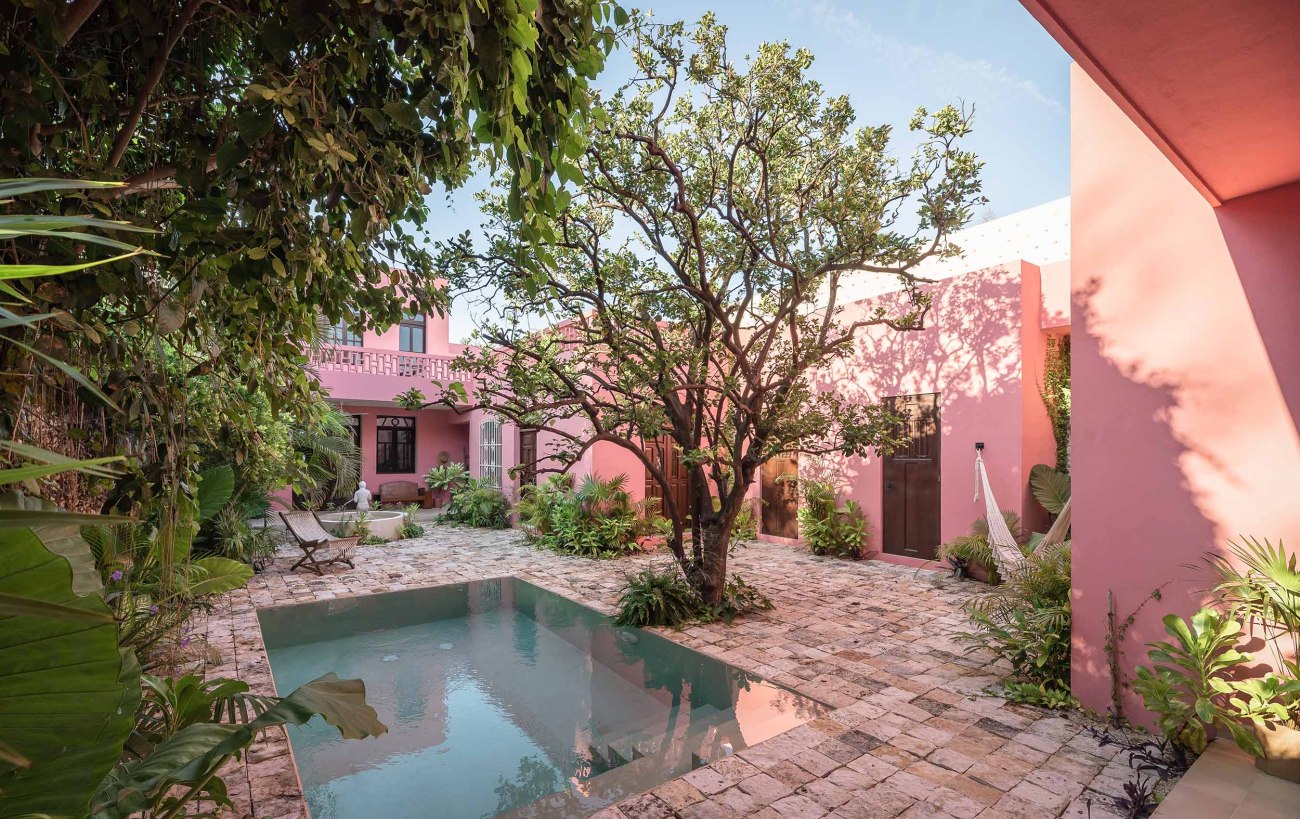 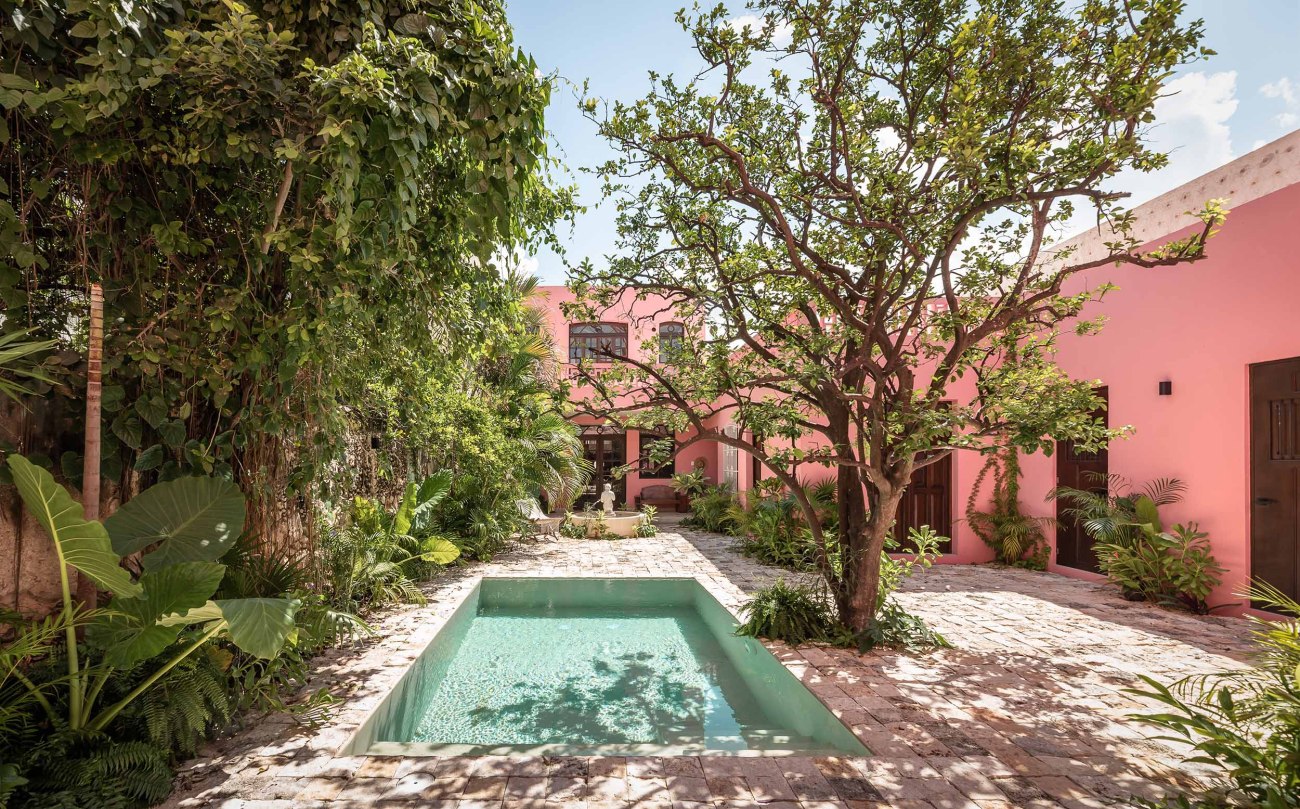 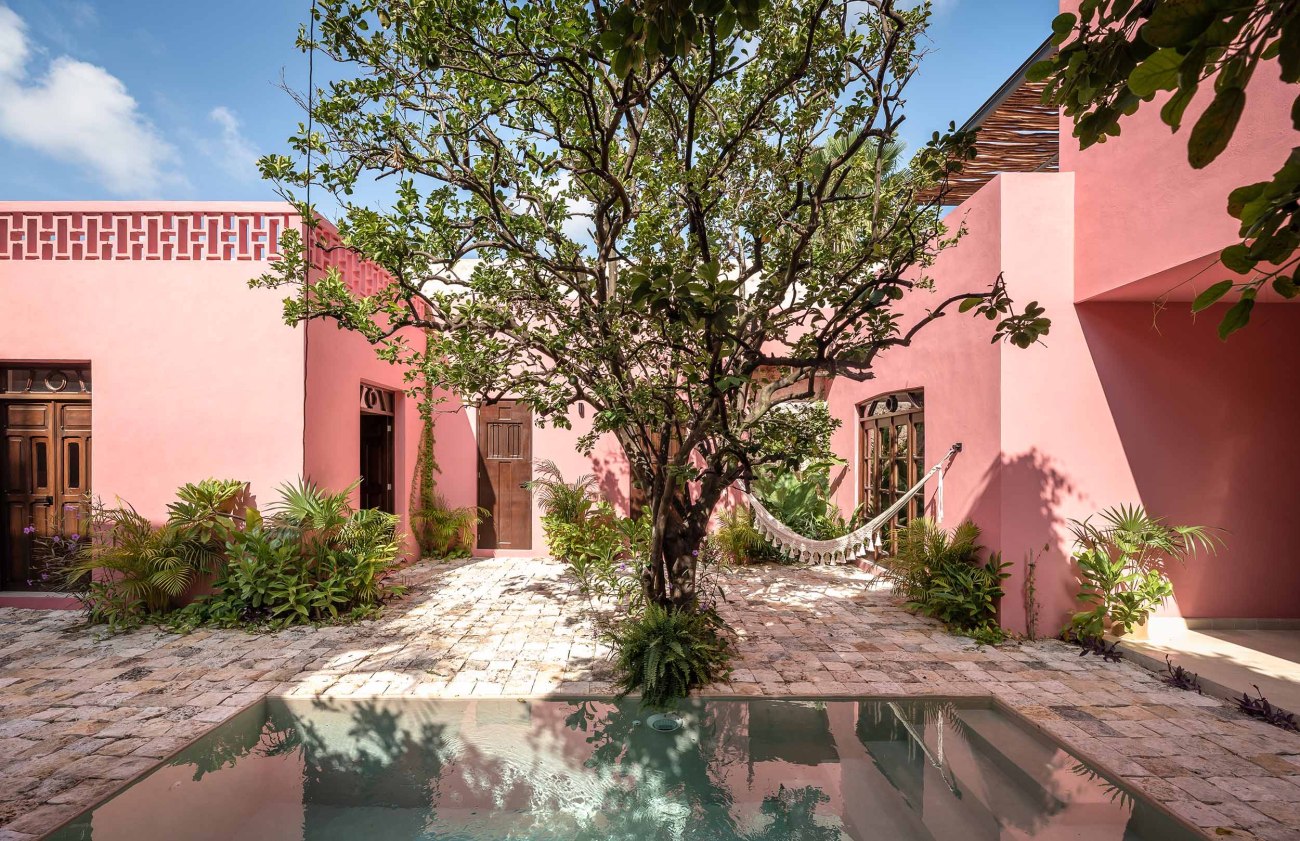 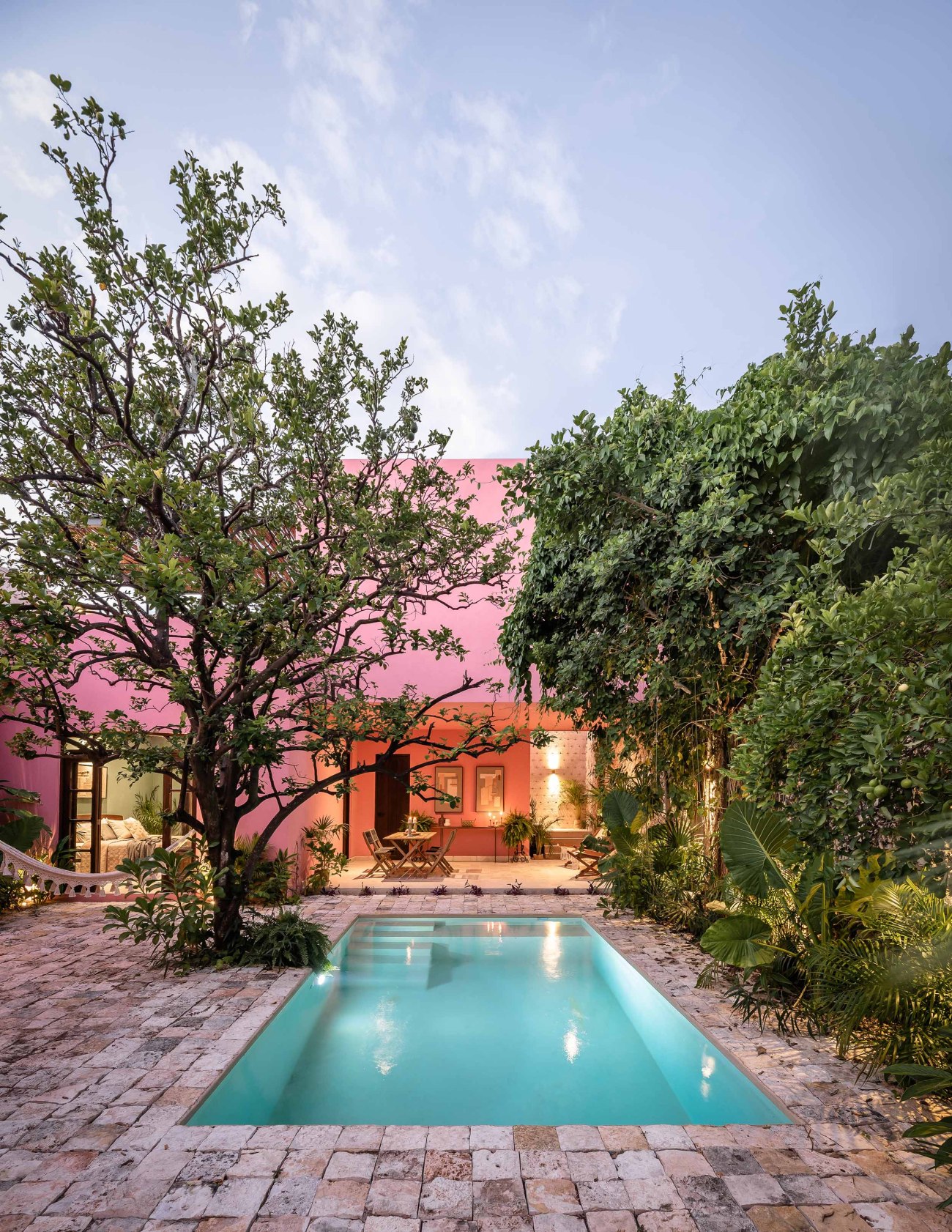 After removing any damaged finishings during restoration, the excellent quality of workmanship with which the original walls were built is easy to appreciate. The original, freshly exposed stone masonry was preserved and framed by lightly colored moldings, as though they are their own works of art. 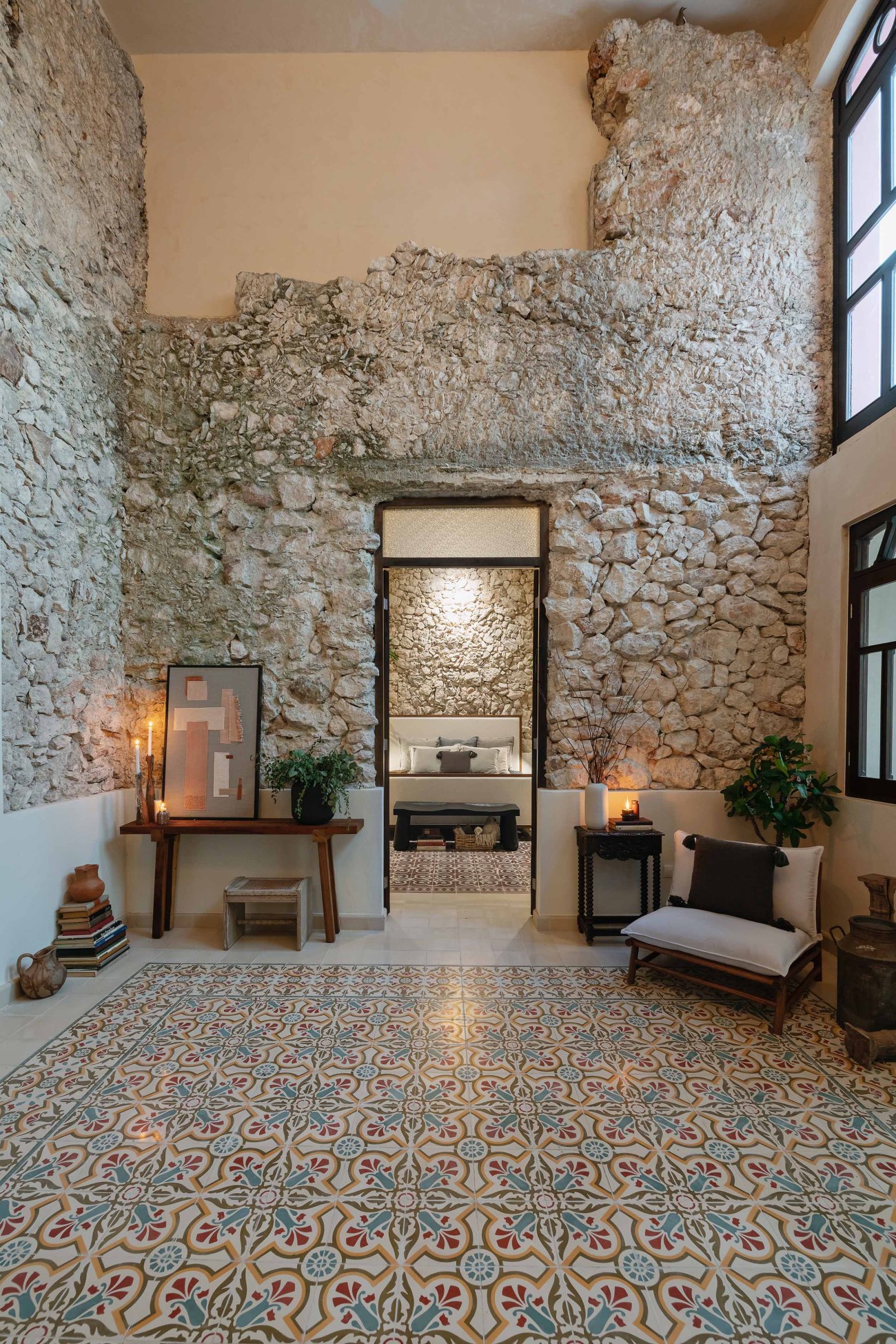 The historic ceilings located over the first corridor (where the living and TV rooms are located) are constructed with metal beams and wooden joists and were restored in the same tones as the moldings, obtaining a neutral palette. This leaves the role of protagonist to the colorful pasta tiles found on the floors and to the stone texture on the walls. 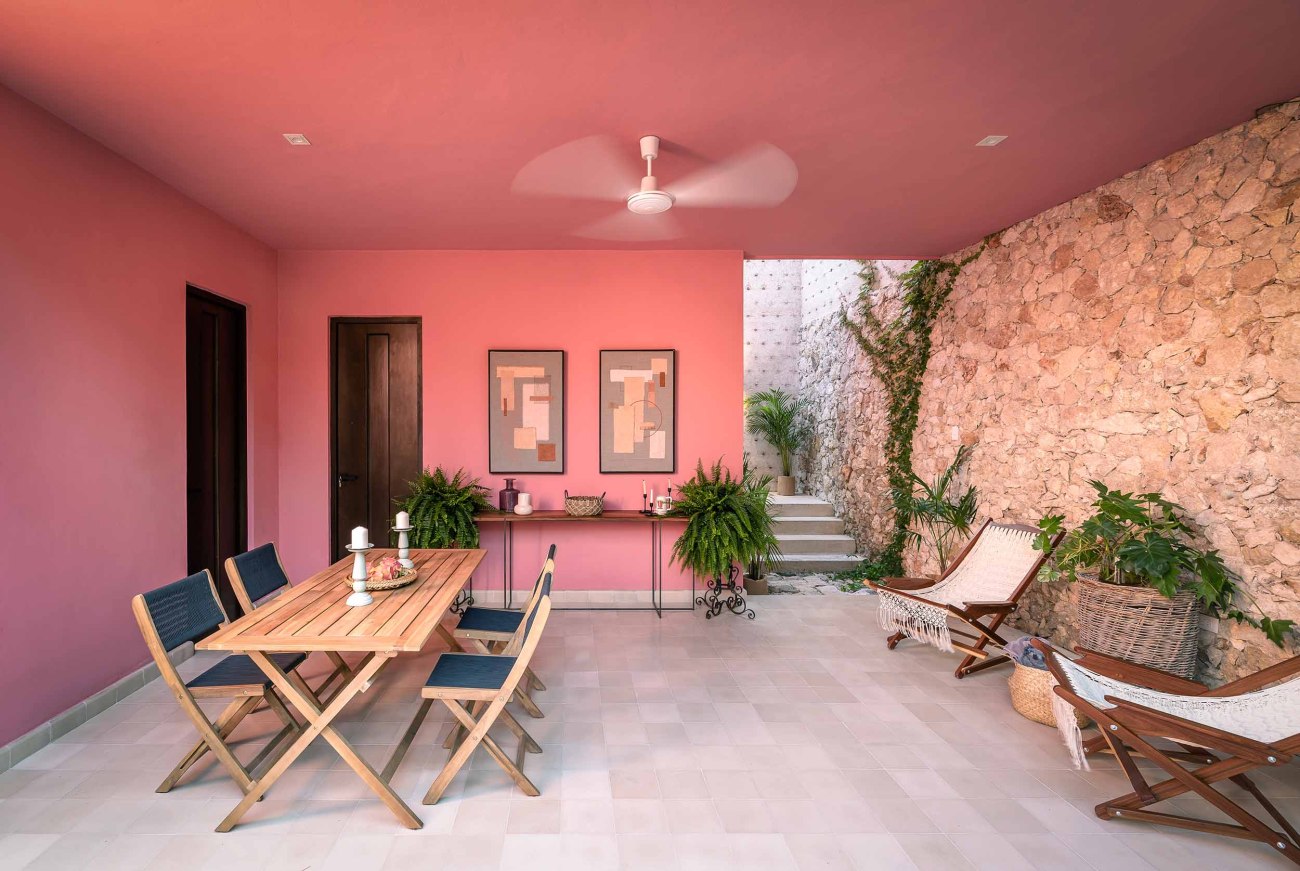 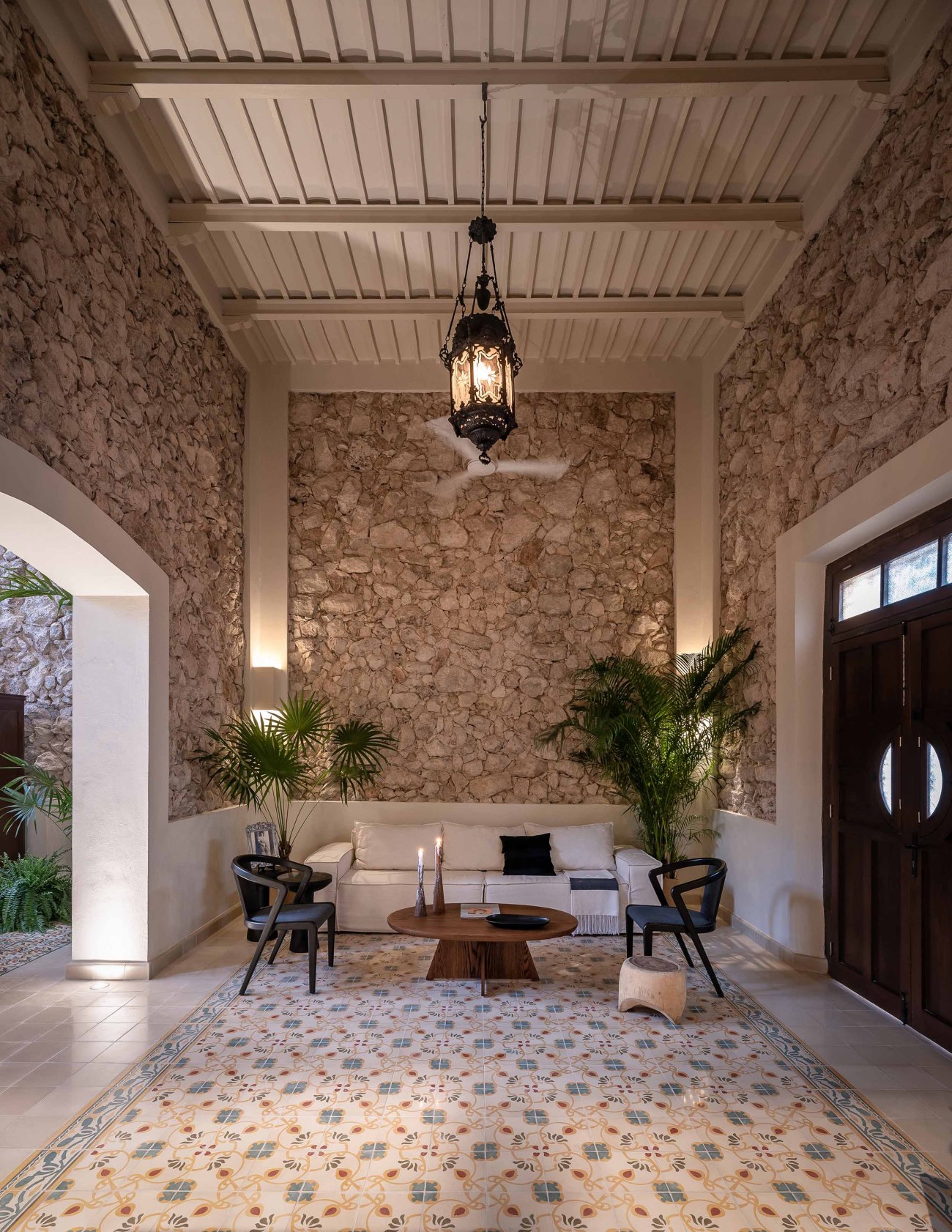 In the second corridor, both the first bedroom and the dining room are found. Dining room visitors are welcomed by a double-height ceiling, under which there was originally a mezzanine with a room on the upper floor. It was decided to demolish these elements in the design process with the aim of maximizing spatial sensations. However, the doors and windows that were a part of the original design were left, providing a tangible witness to the space’s origins. 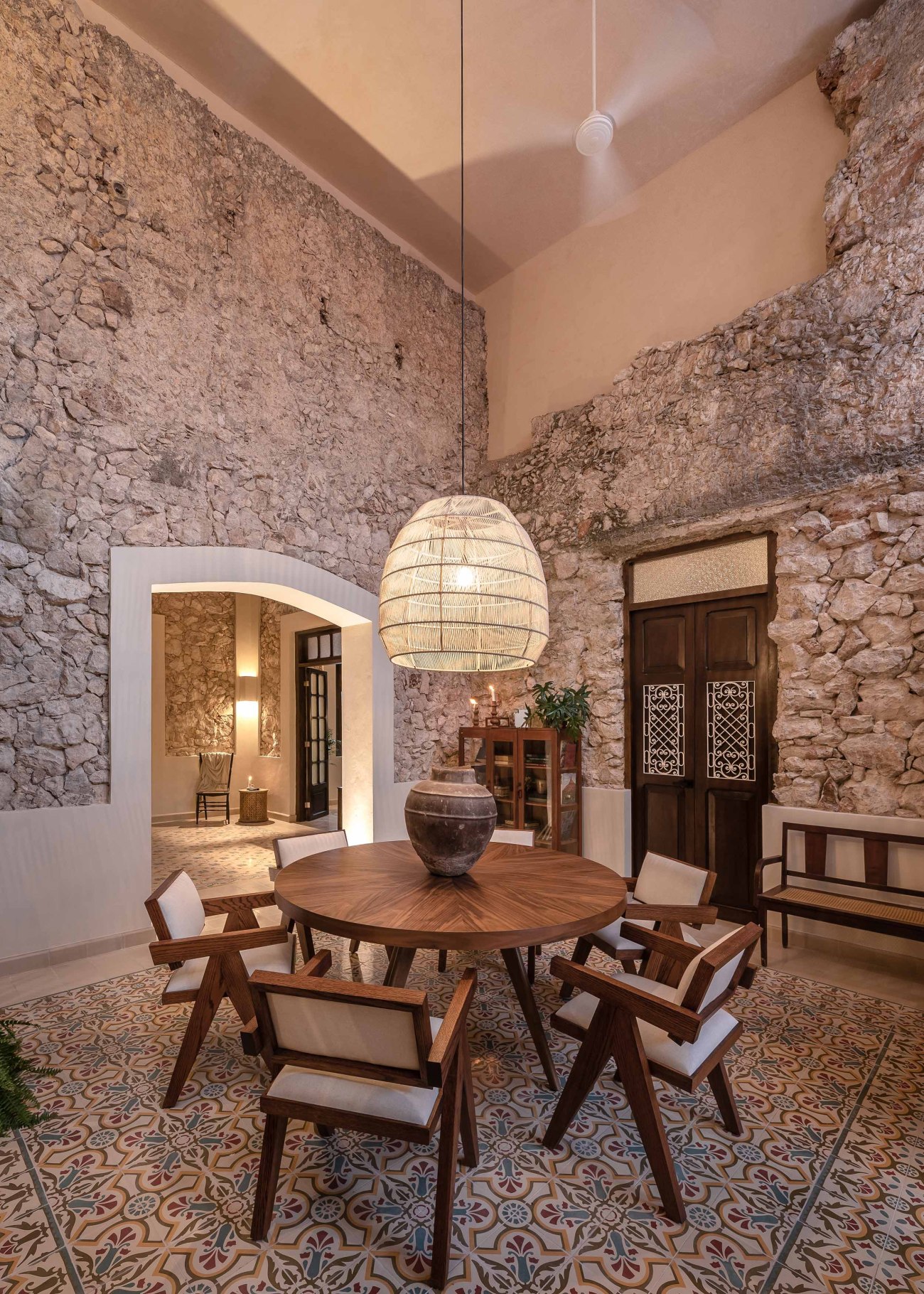 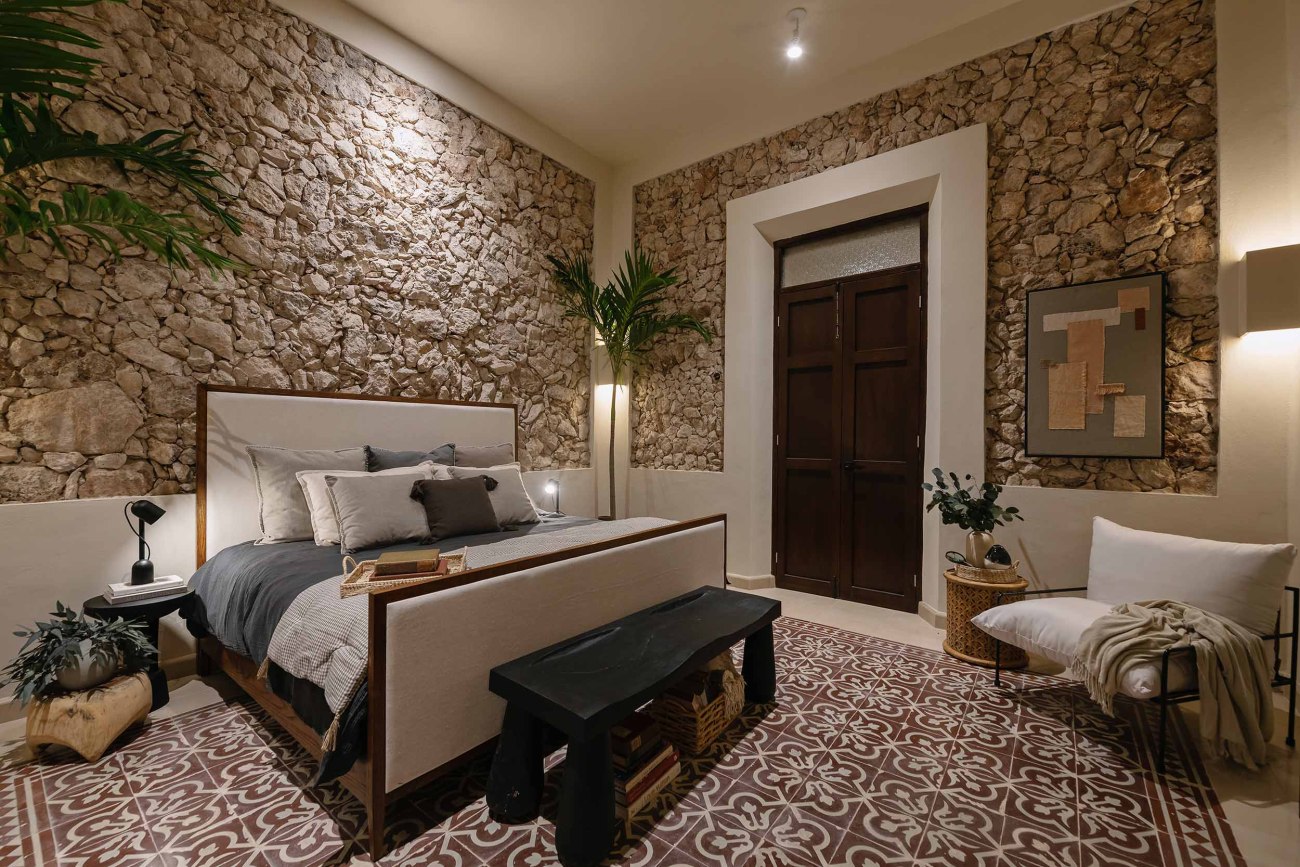 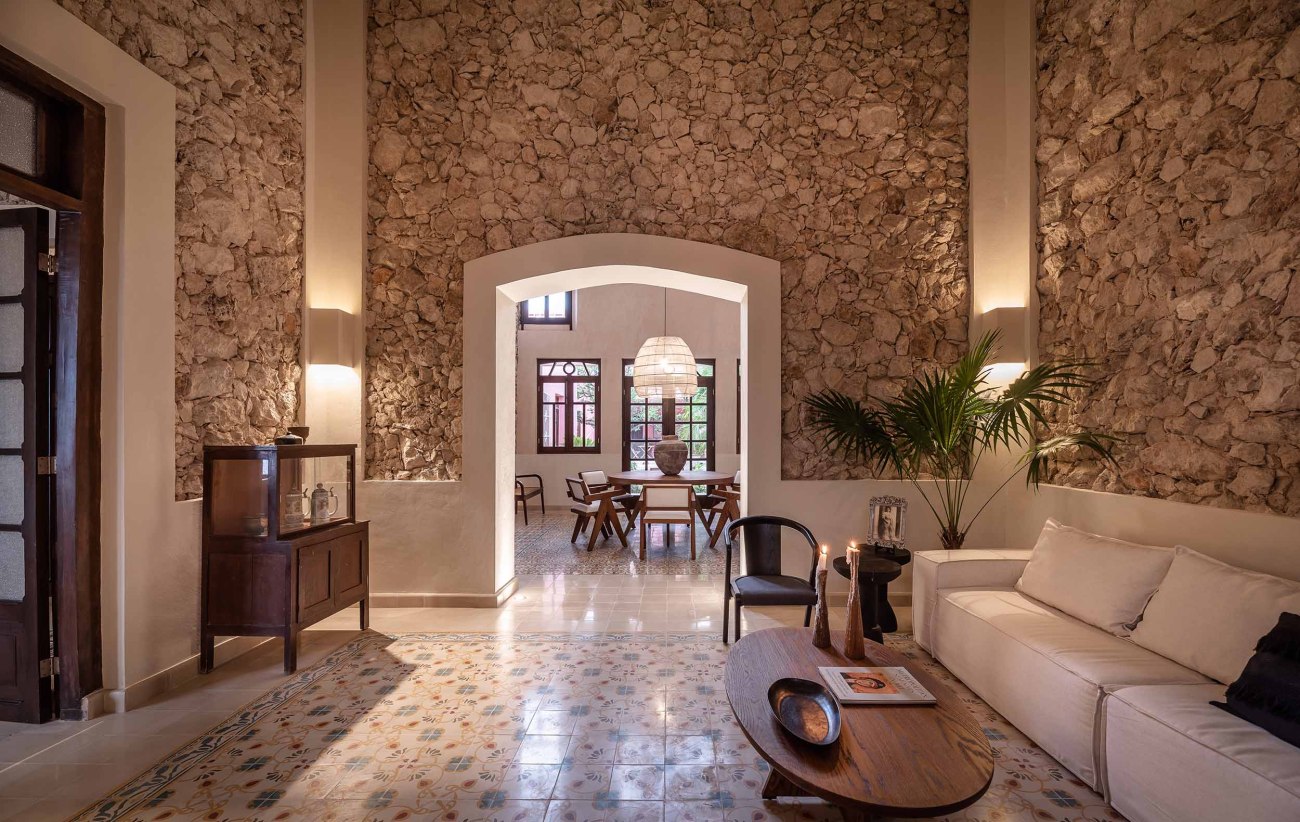 Due to the fact that the wall where the doors and windows are located was tampered with numerous times and with various materials over the years, it was impossible to continue with the same exposed stone treatment that was used on the original wall. Instead, chukum plaster was used to unify the wall, applying the same idea to an added upper wall, perpendicular to it and to the ceiling. A small covered terrace, ideal for sitting down to relax, connects us to the kitchen, which is a mid-century annex of the property. Practically the entirety of the original structure was preserved; one of the only exceptions to this is the latticework found on the upper part of the terrace. This was added as a reinterpretation of the balcony railing that was found on the second level bedroom, harmonizing perfectly with the Art Deco style found on the transoms above the original doors. 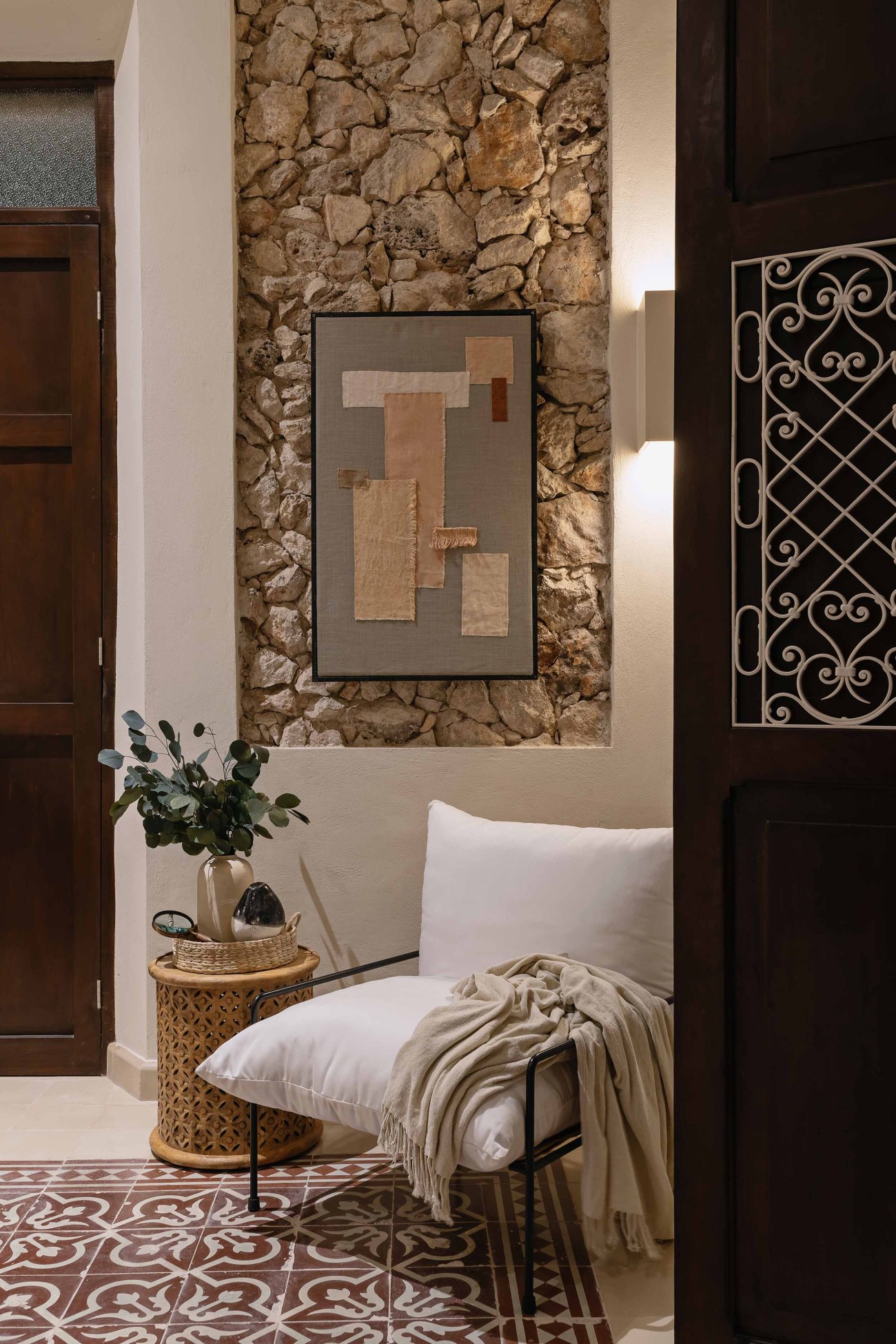 The inner courtyard intentionally breaks with the neutral colors found in the historical part of the house. The courtyard’s intense Mexican pink ties the colors of the carpentry with the tropical vegetation that surrounds the space. The stone floor symbolically links the interior with the exterior as it surrounds the chukum pool, creating the perfect environment to enjoy the warm Yucatecan climate. 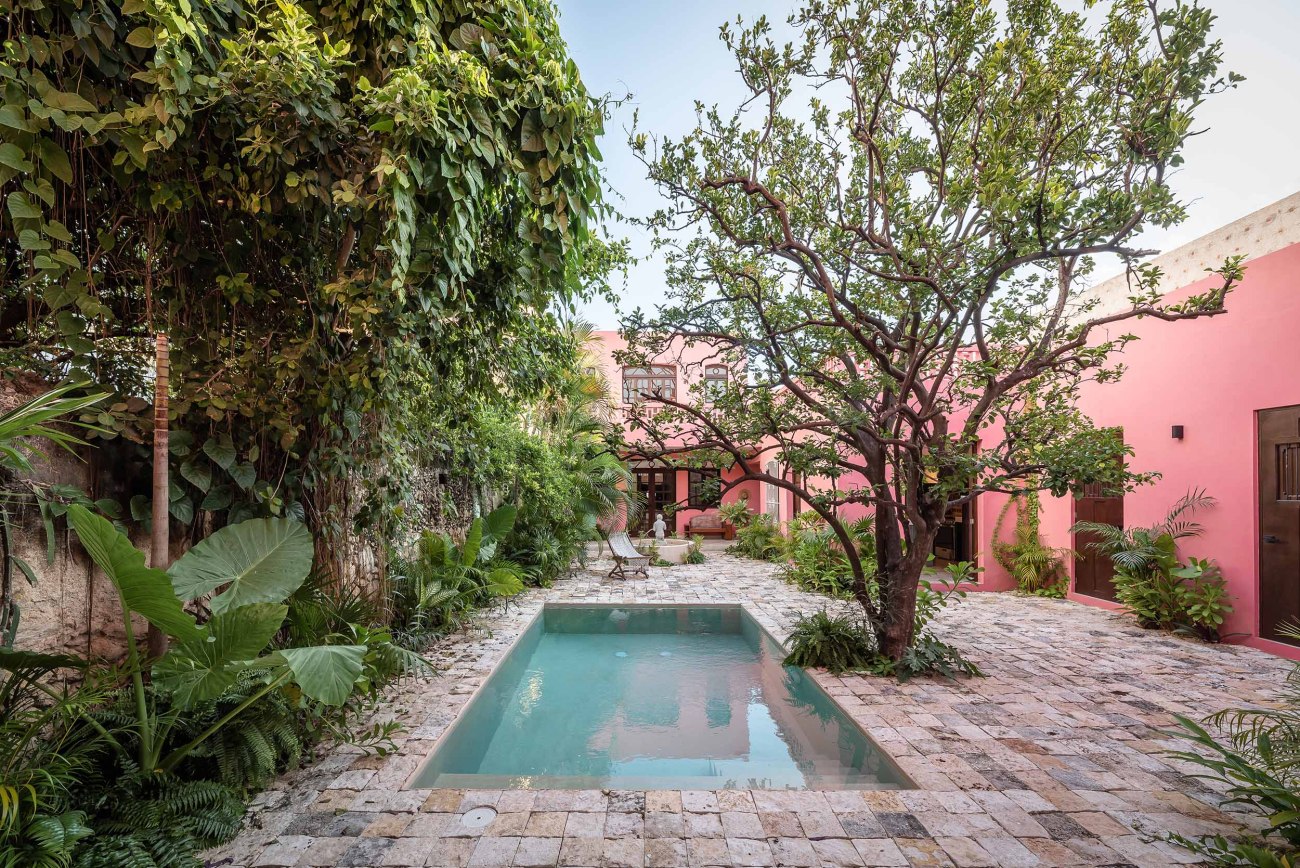 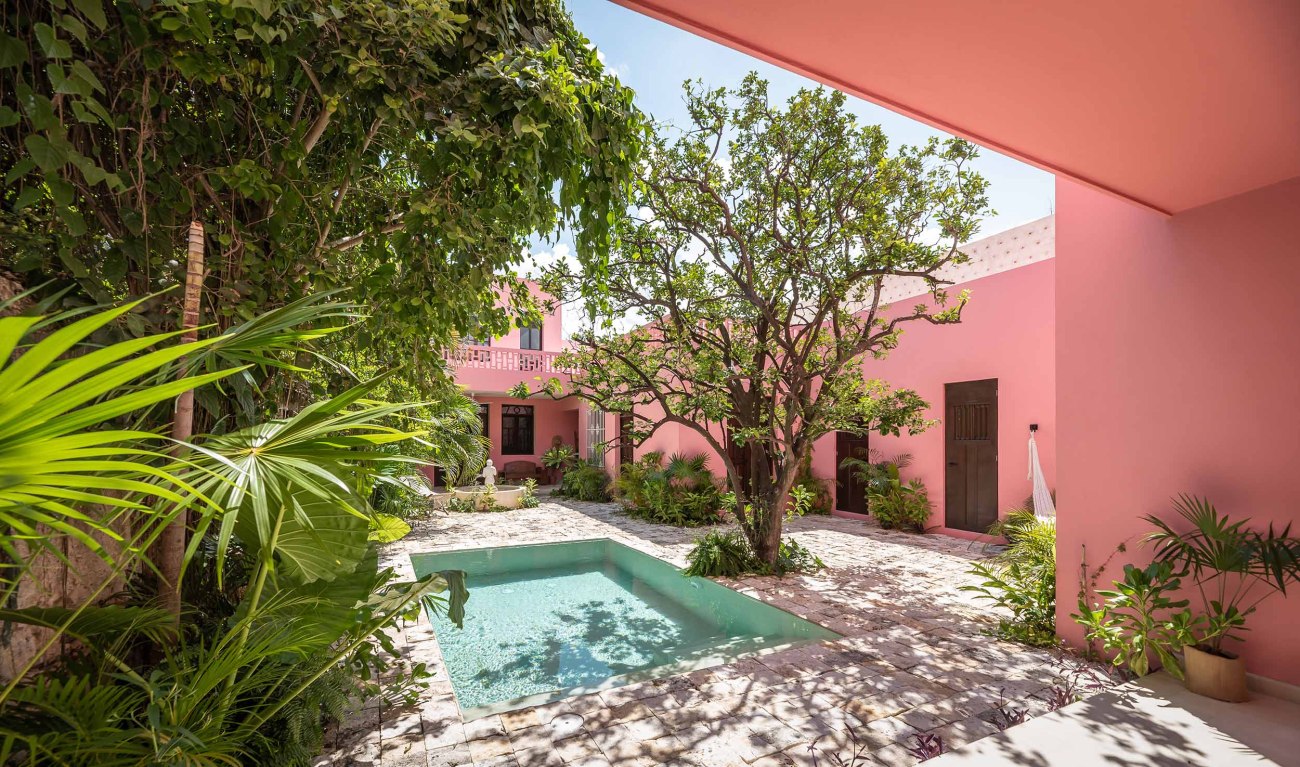 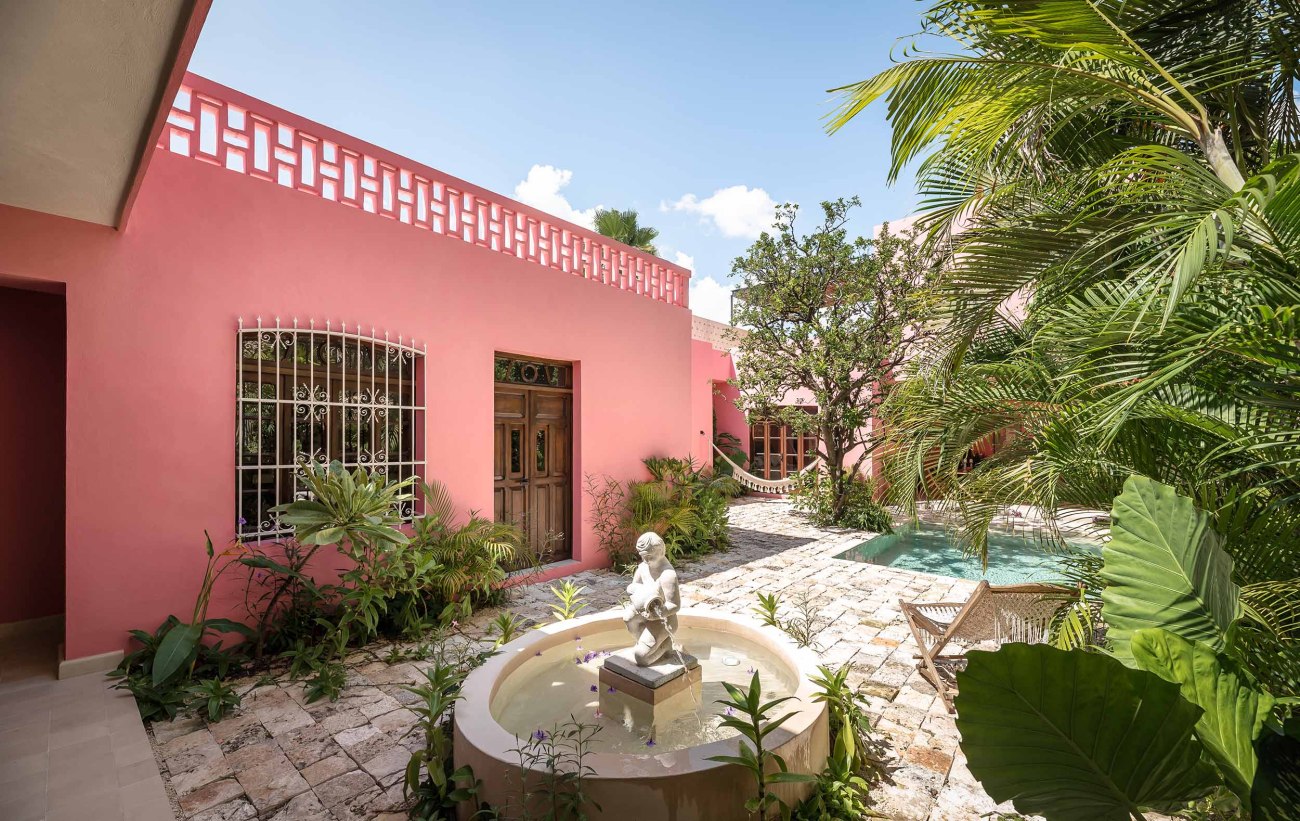 The new construction of Casa Maca is best described as modern yet pure thanks to the blending of contemporary and historic elements such as the pasta tile floors and replicating the design of the original doors. Another bedroom is located on the ground floor where it connects to a private garden, the central patio and a covered terrace. 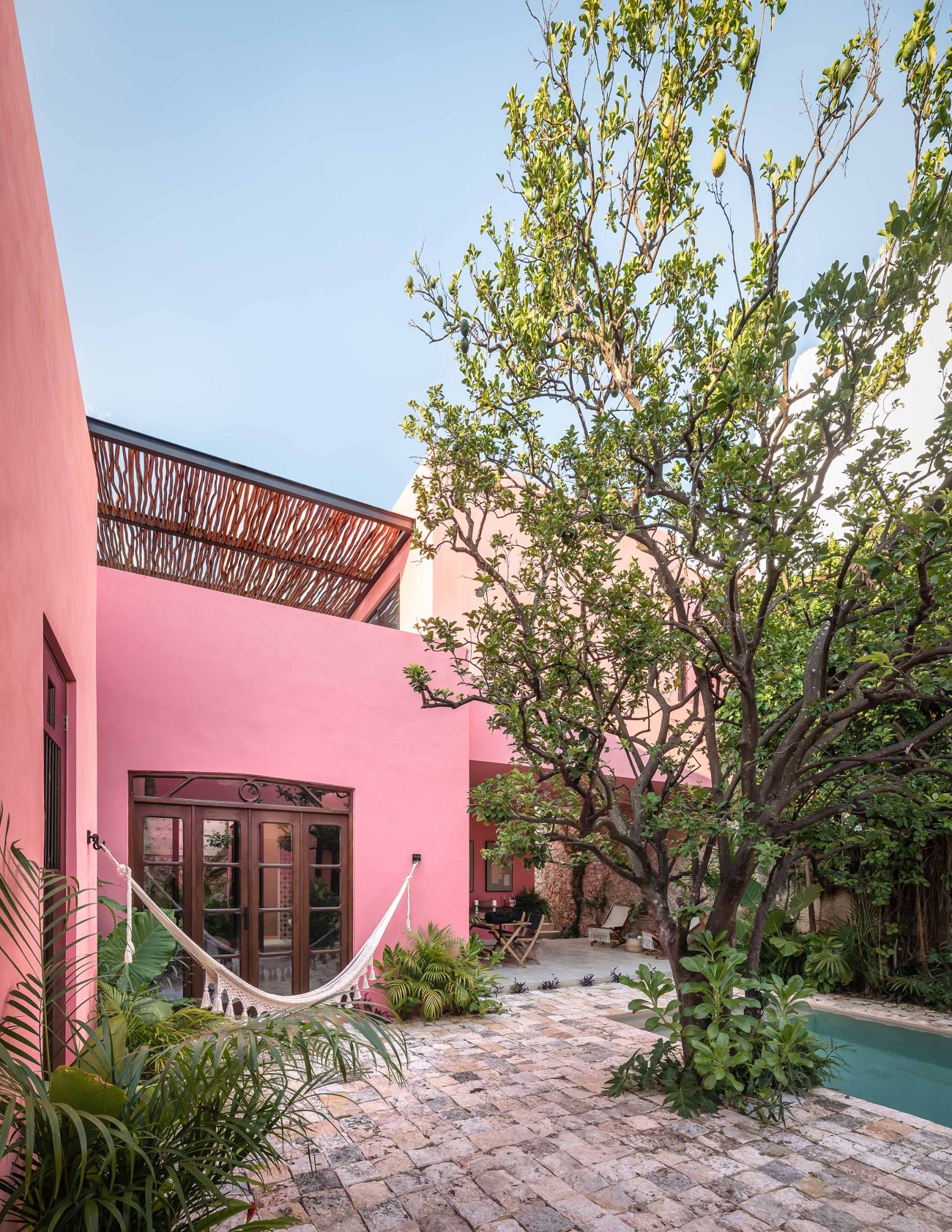 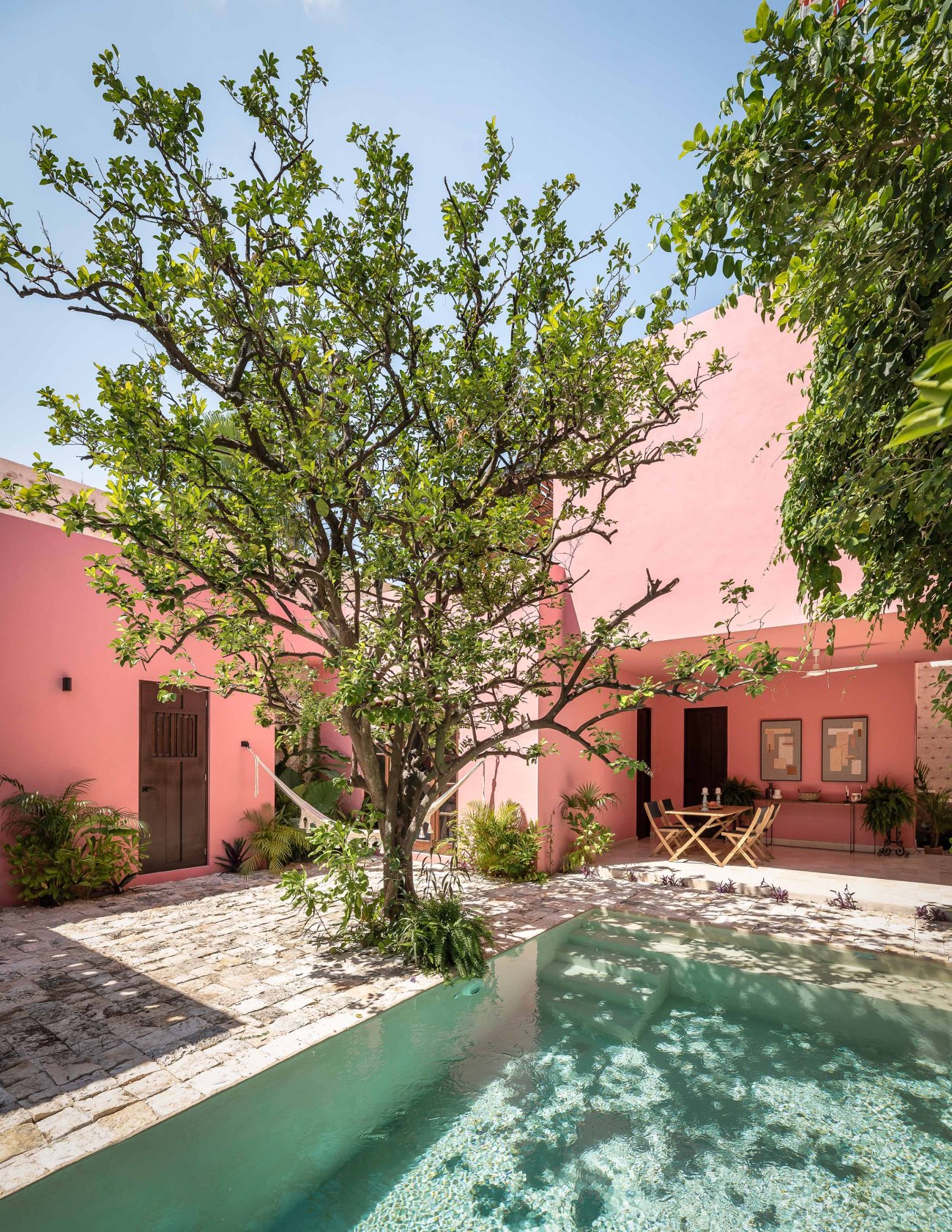 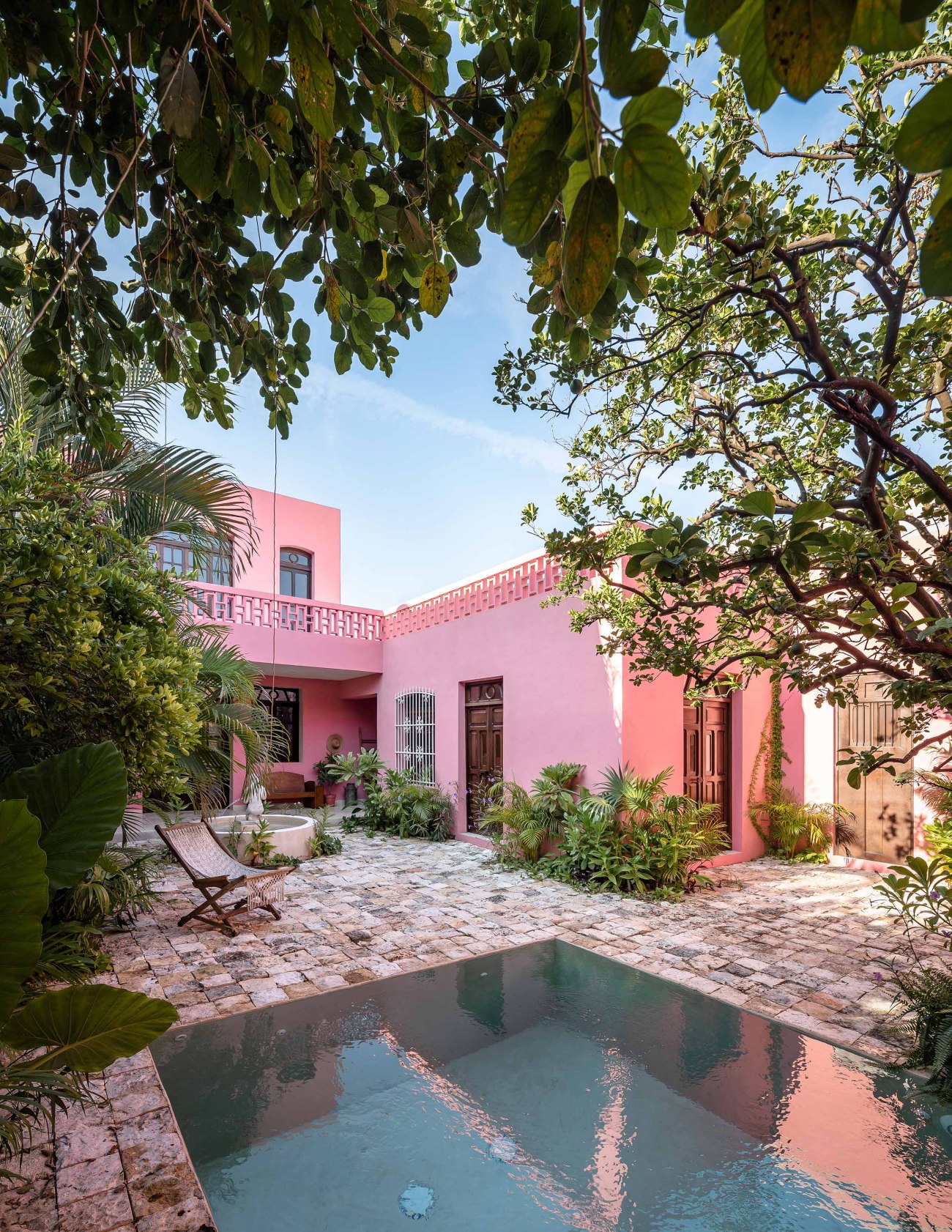 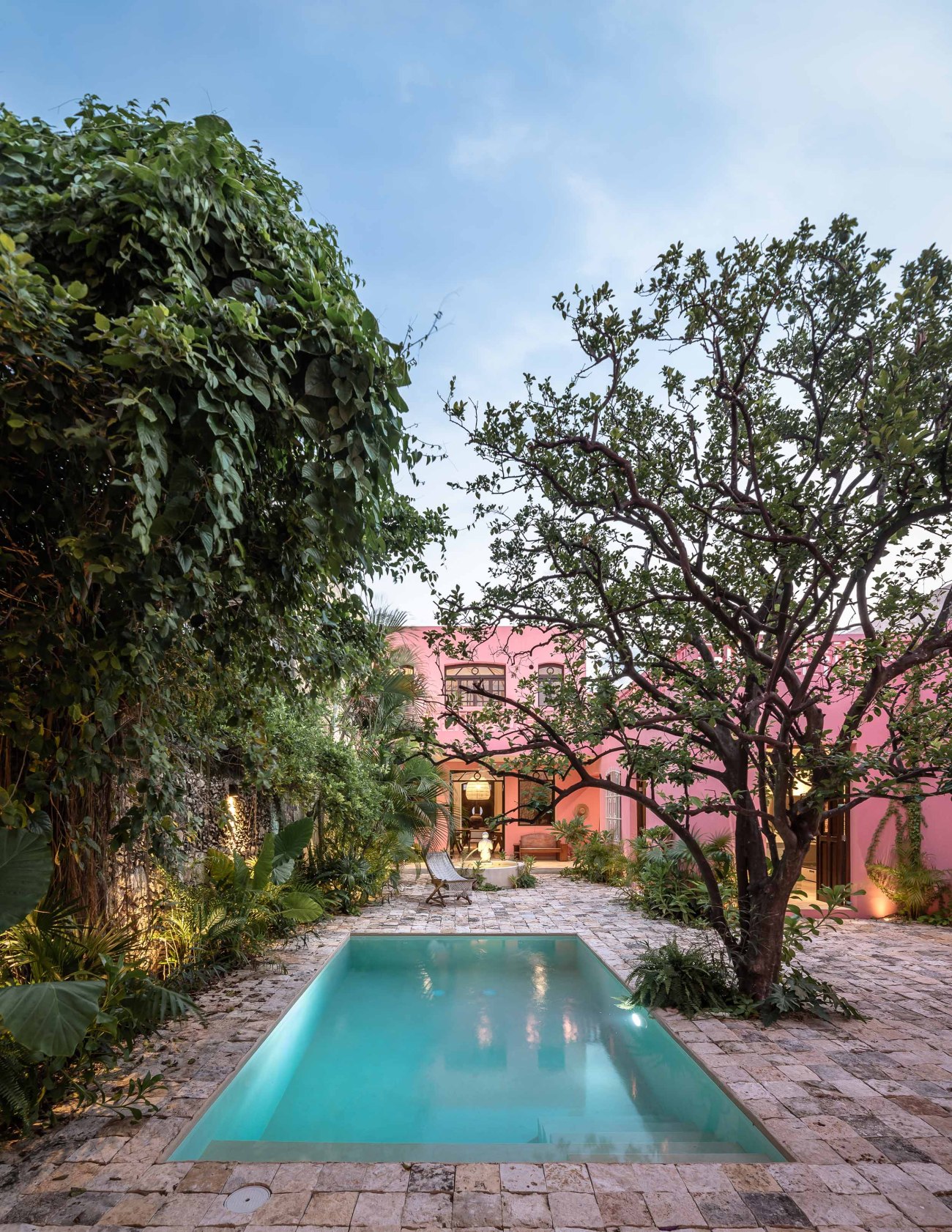 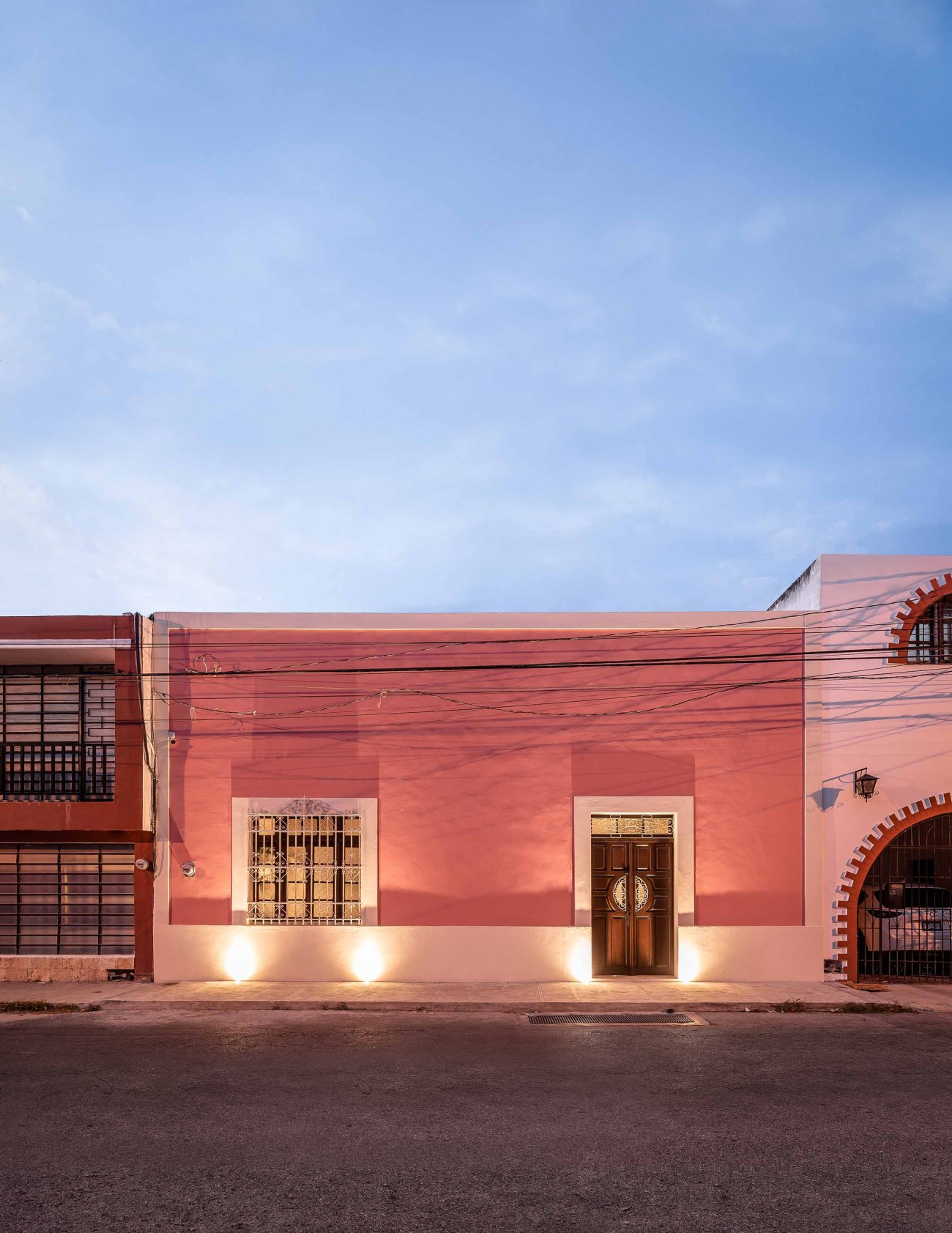 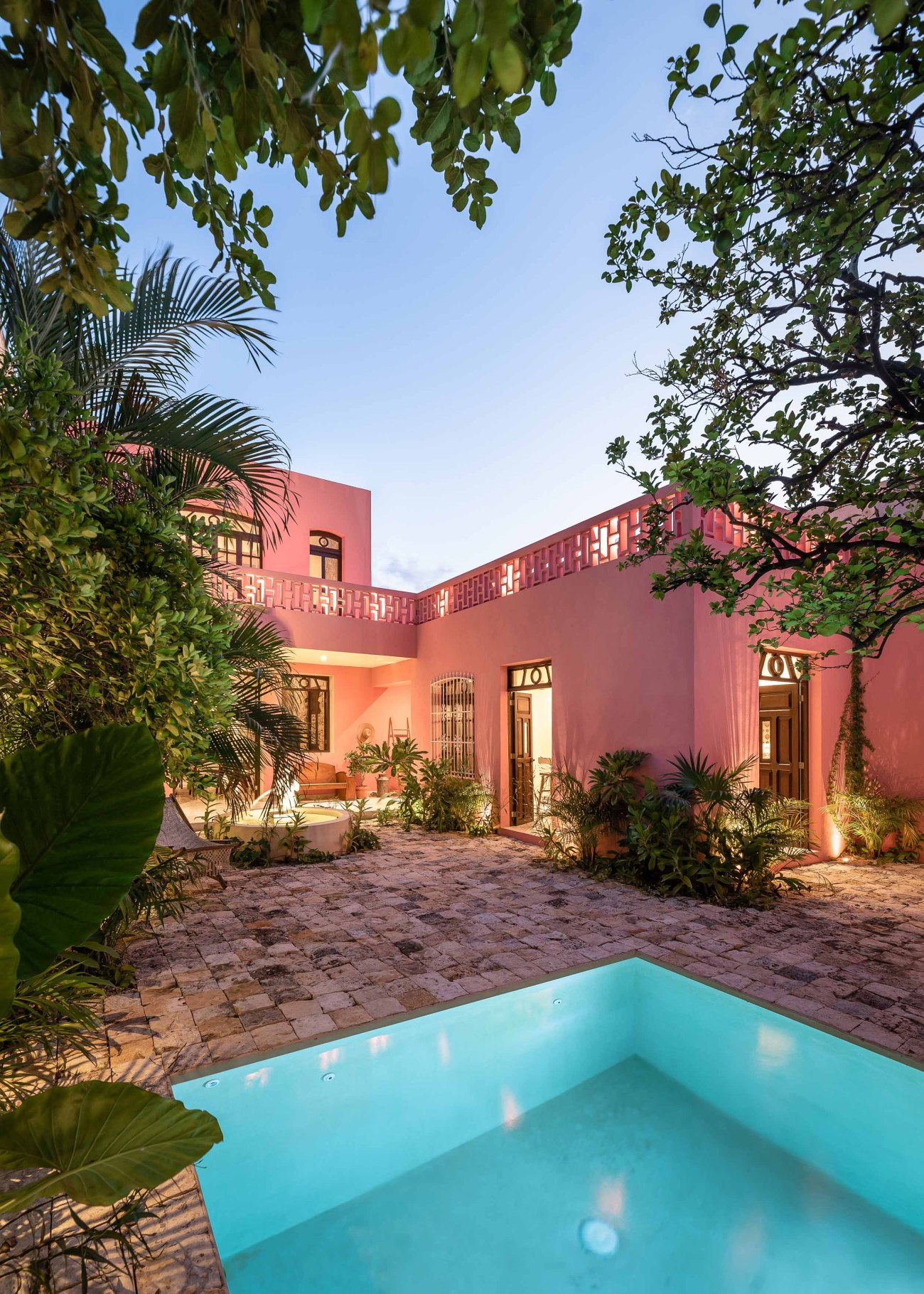 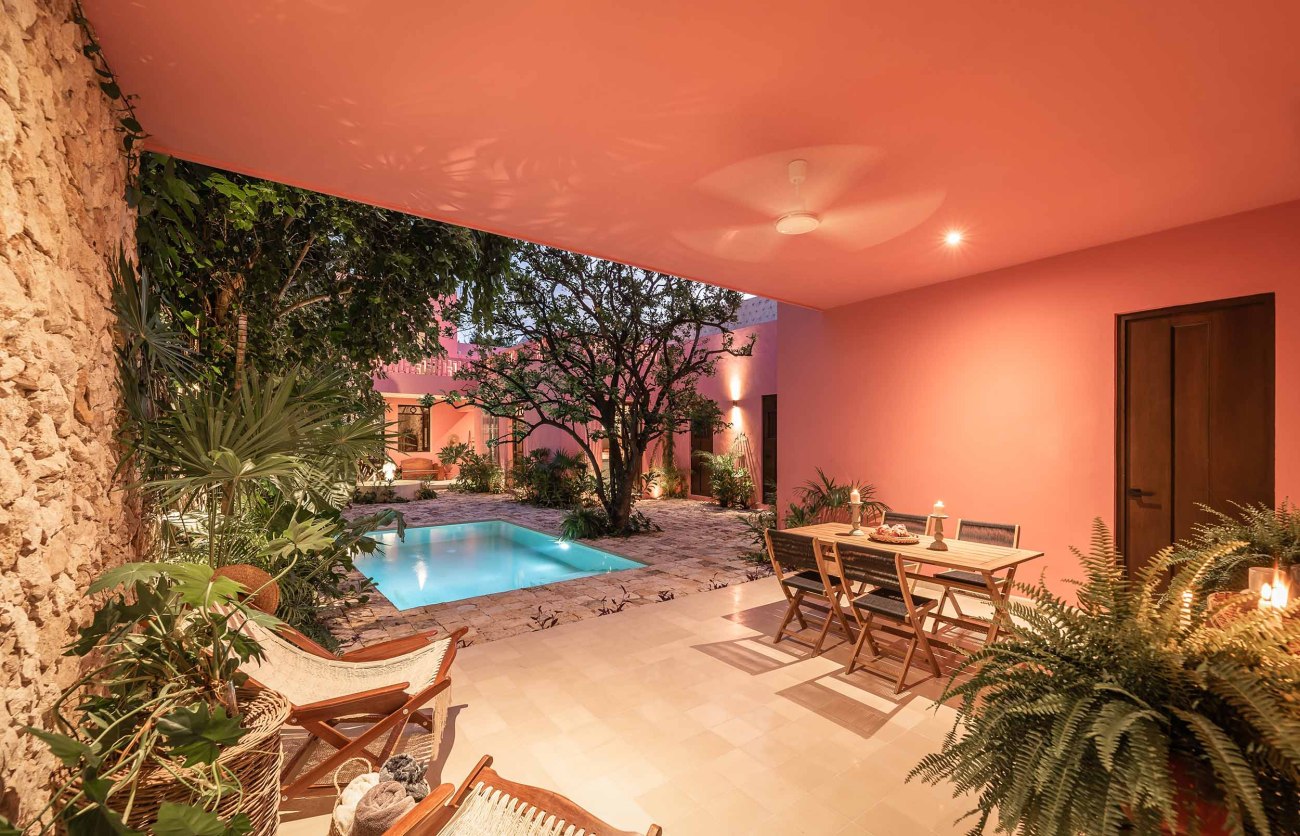 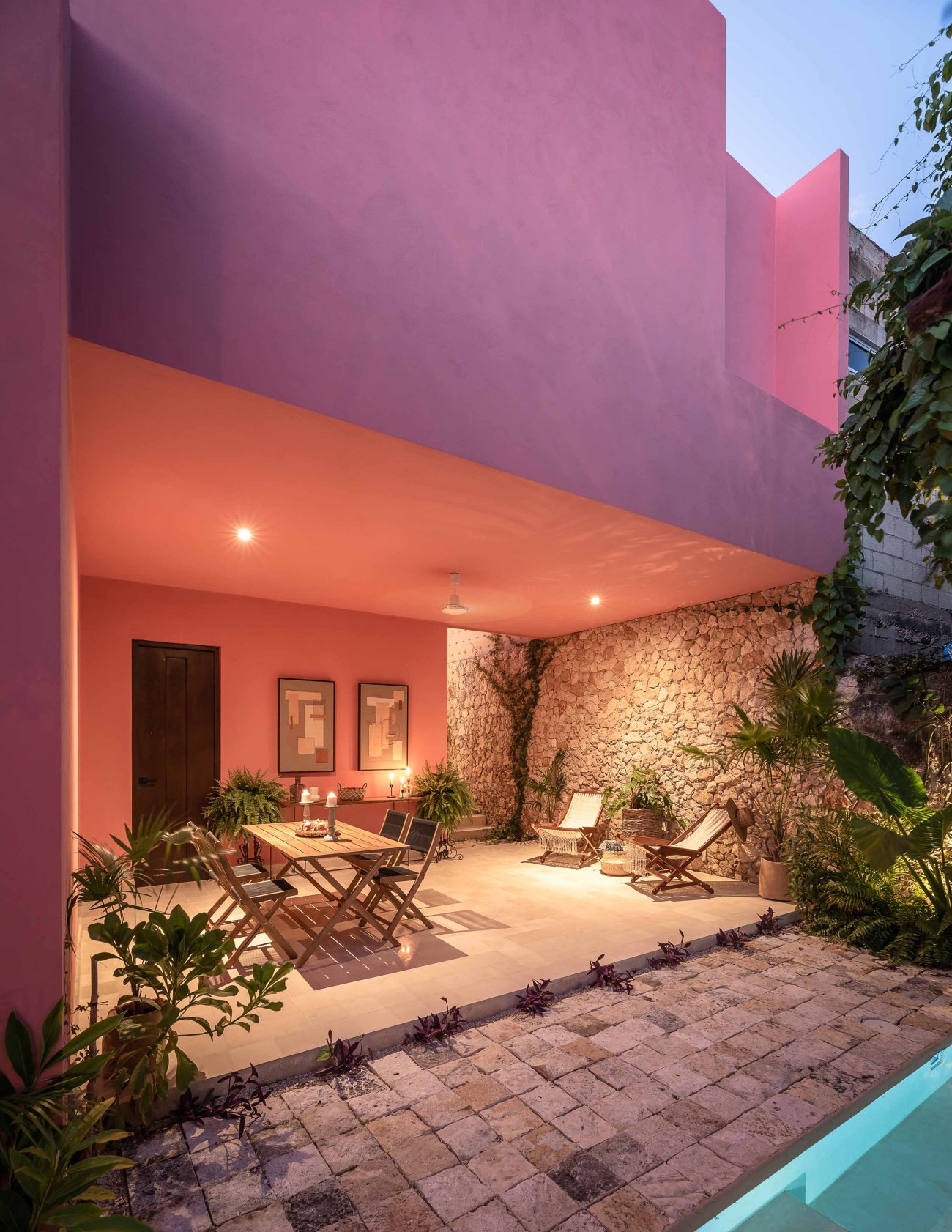 On the second level, an iron and bamboo-covered terrace with views of the garden and pool precedes the third bedroom. The room’s antique, white pasta tiles will be familiar, as they were also used in the second bedroom and to border the first corridor. The color on the walls is taken from the tone found on the kitchen island tiles, offering a link to the various elements found throughout the space. 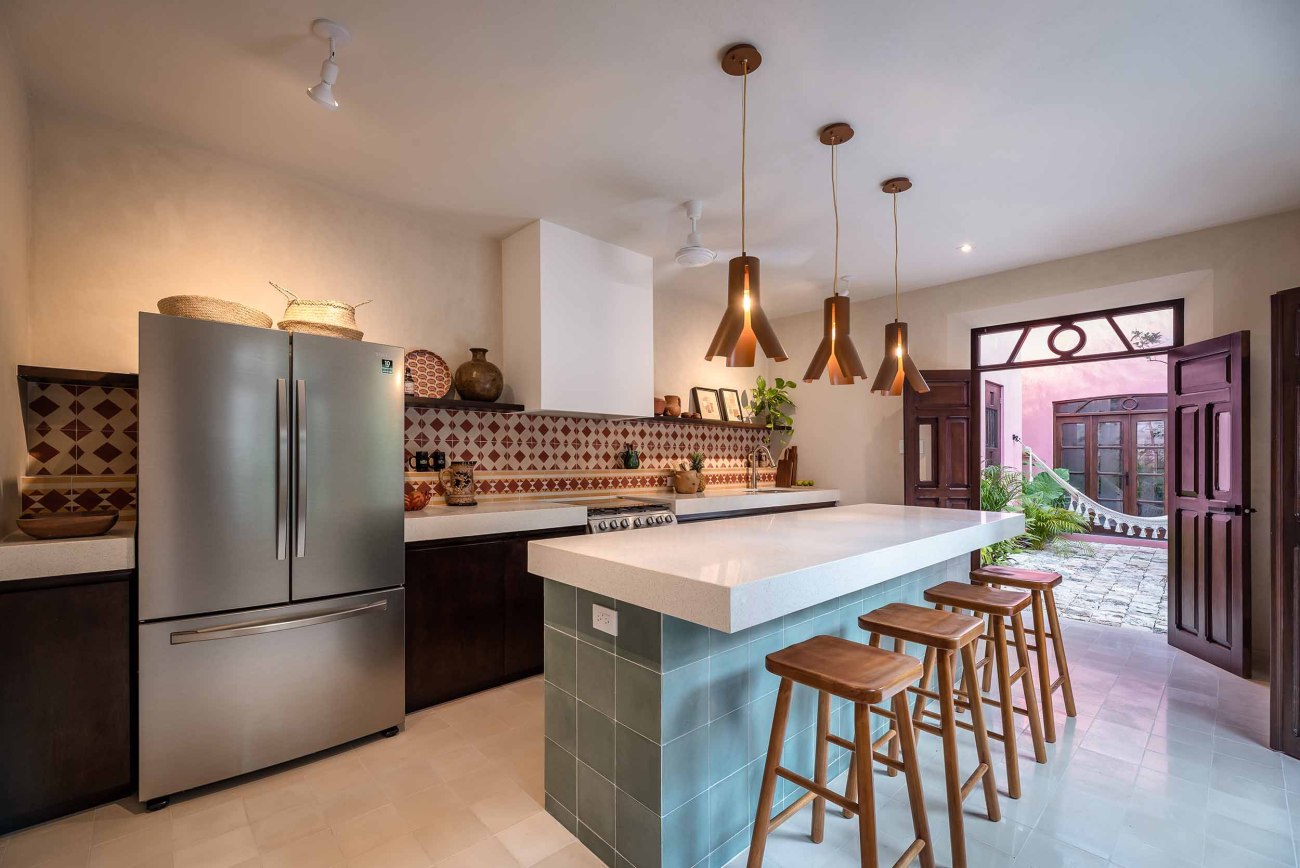 Casa Maca allows us to travel back in time to a place where we can enjoy the historical values of its architecture while simultaneously surprising us with the energy, livliness and joy of its colors and textures. The structure makes the most of its spaces, which were designed specifically for the enjoyment of those who visit it. 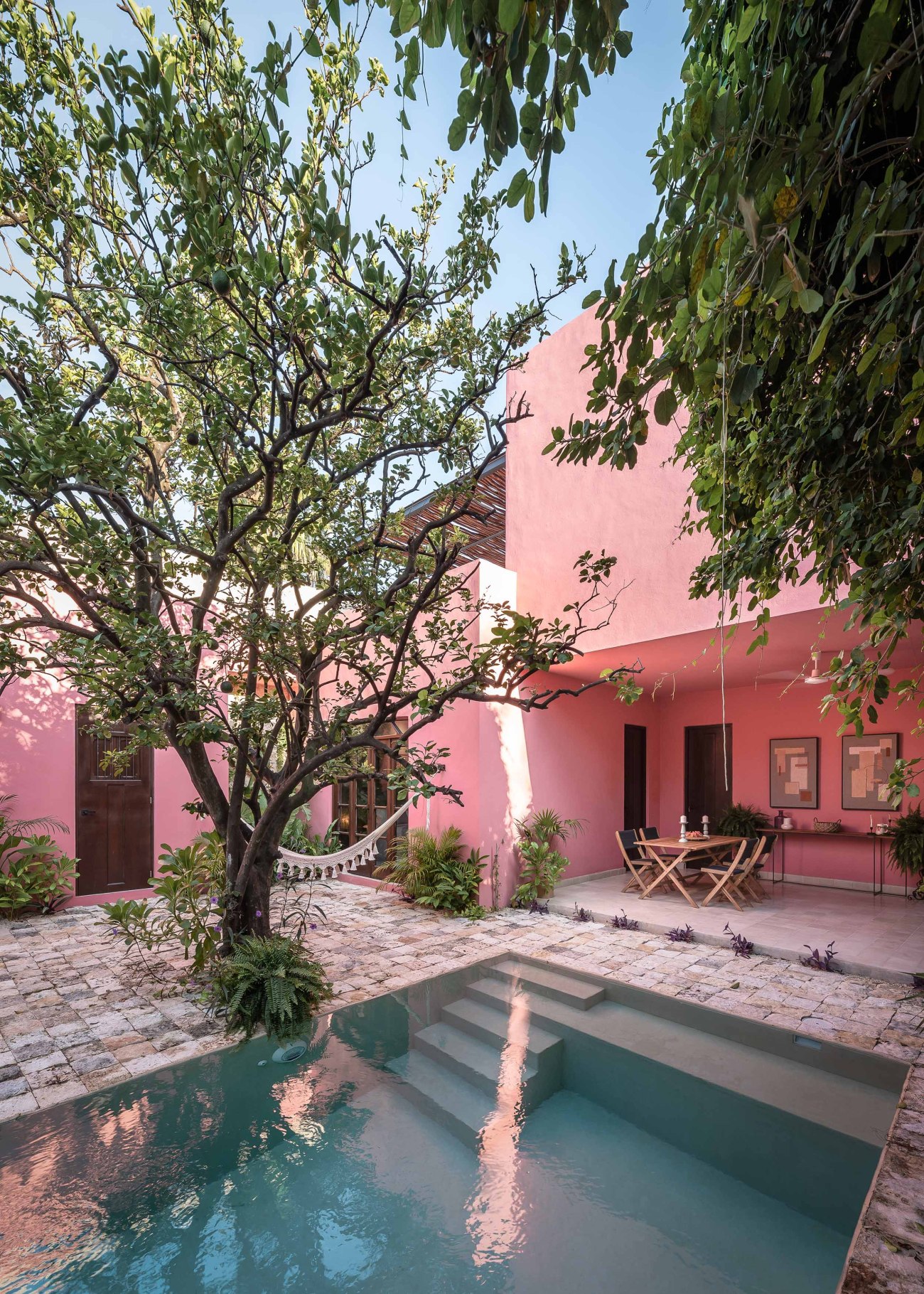 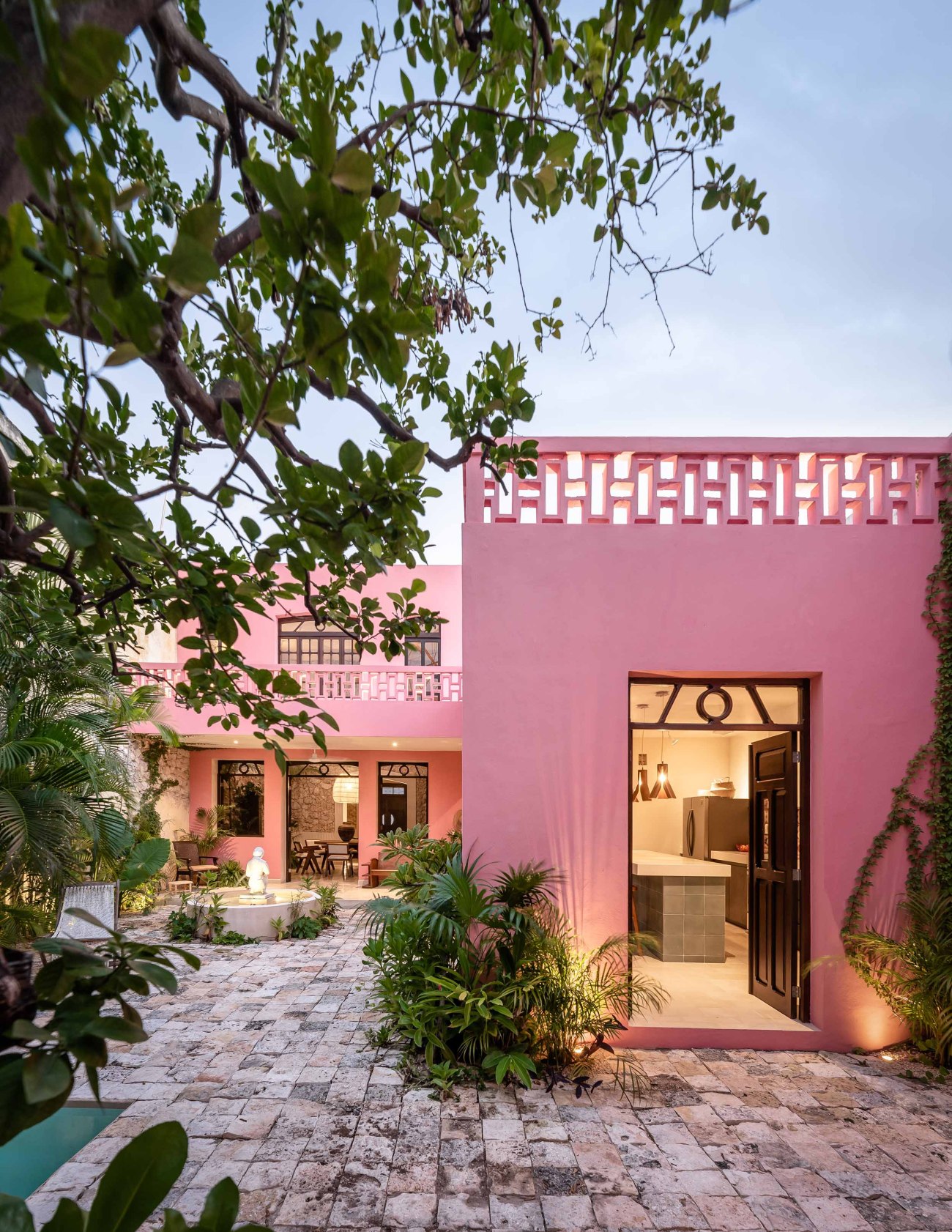 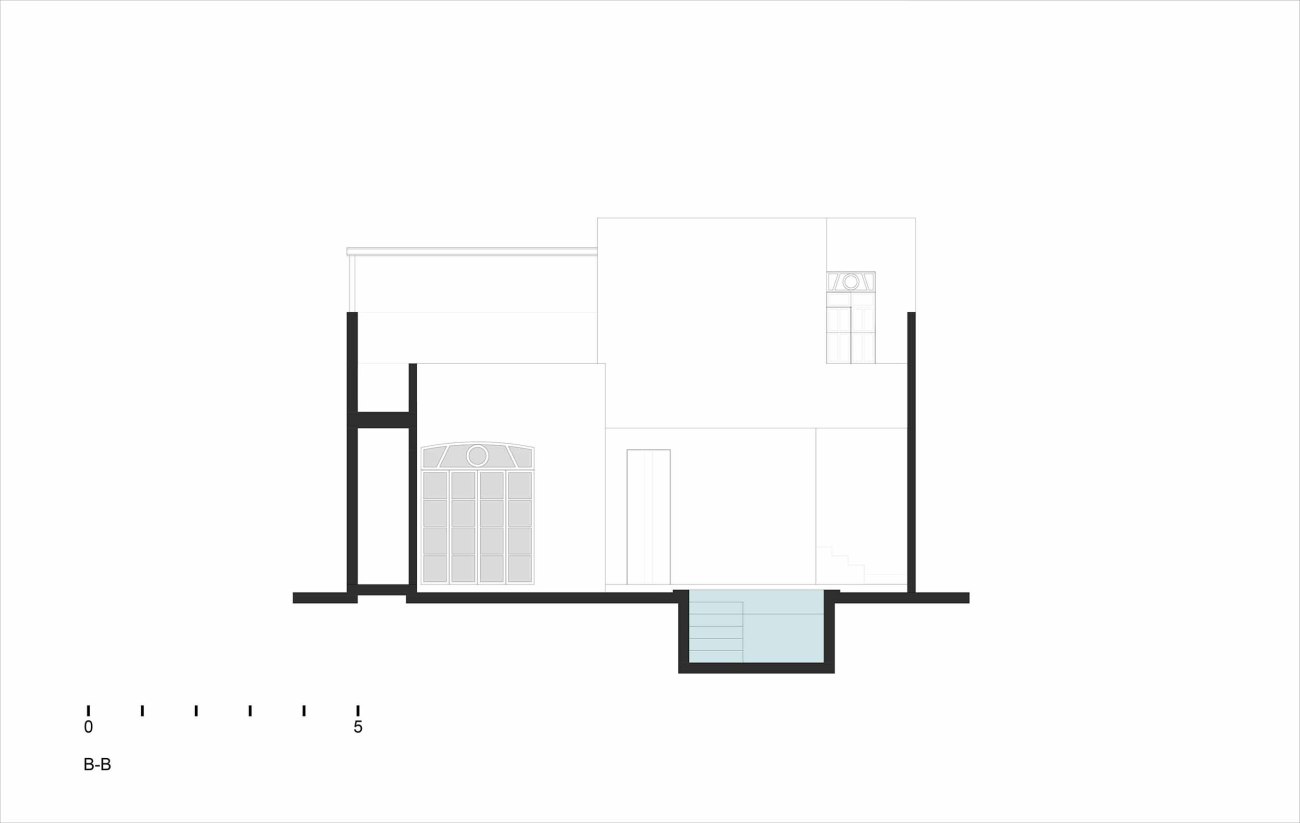 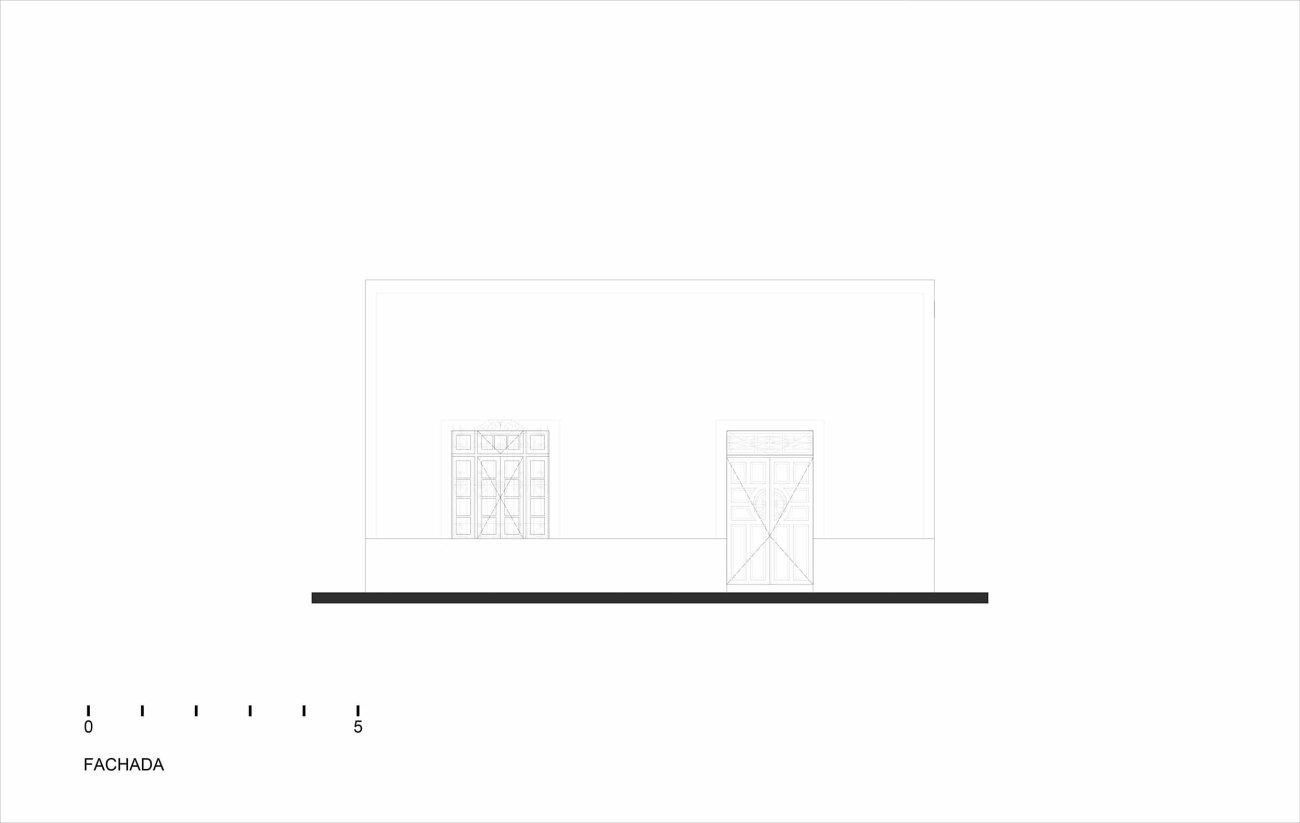