Built on an empty1.5-acre plot right next to an old golf course in the outskirts of Bangkok, this private garden represented the life of its lone owner, a senior bachelor. The landscape did not only act as an eye candy, but also used as extension parts of the house itself. The masterplan addressed the needs of the owner right from the very moment he arrived home. A series of ‘Garden Rooms’ were strategically purposed to serve different functions for the owner throughout each day. 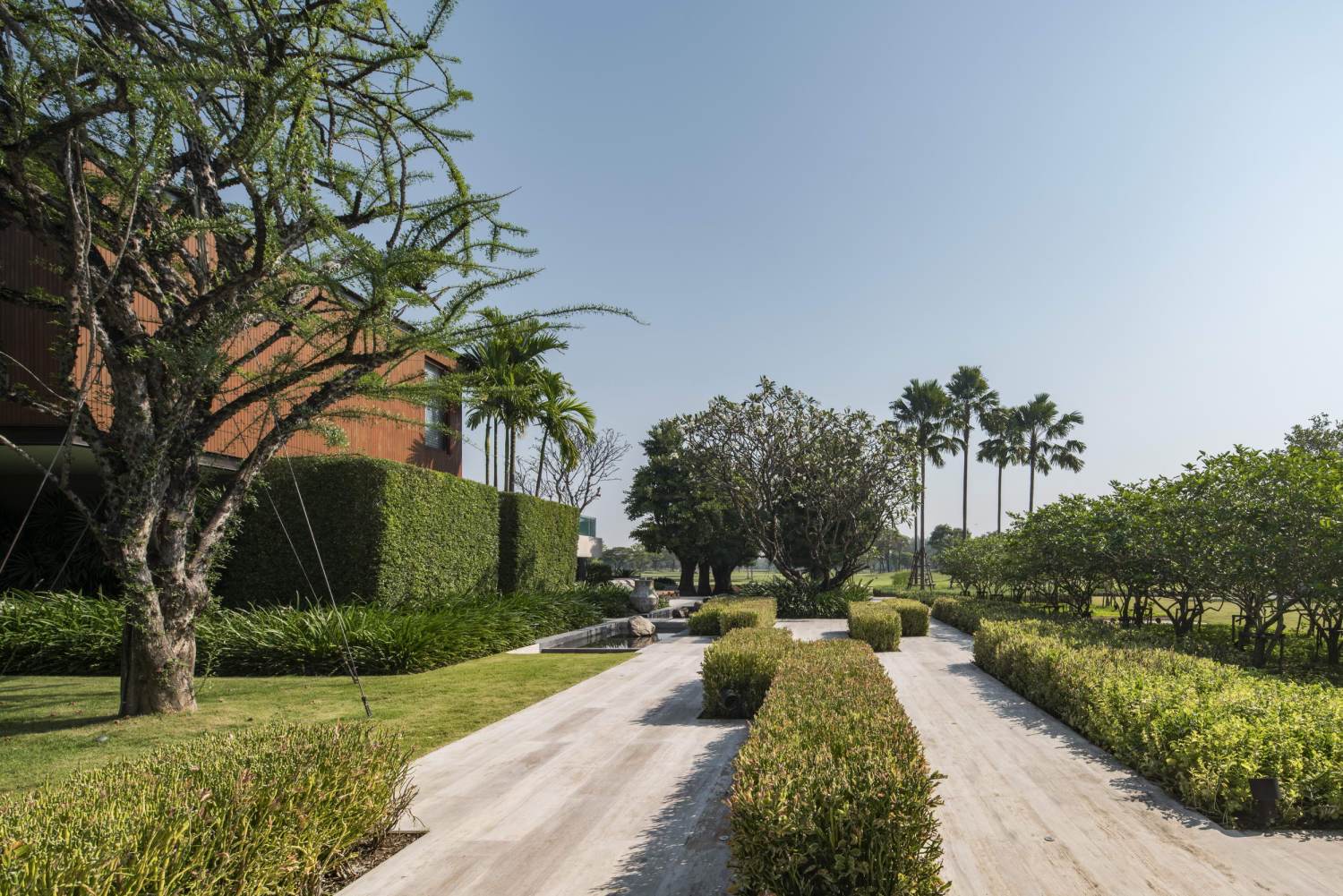 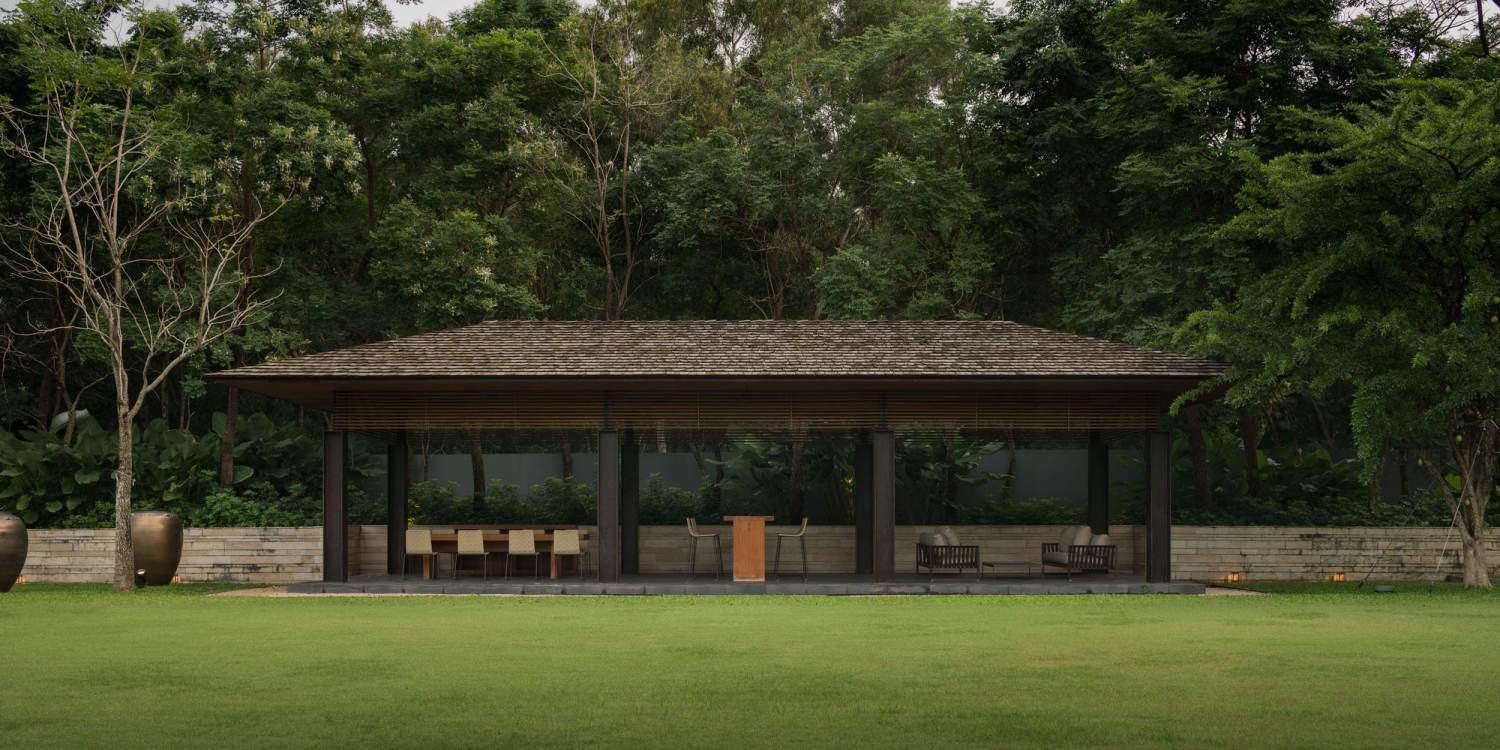 J residence is a private house of a senior bachelor, a successful businessman, who lived with his service assistants. To keep himself company, the owner usually invited his friends to visit and enjoy the facilities at his residence. Eventually the house was not enough to serve his purposes, so the design team strategically created the garden as extended parts of the house and called them ‘Garden Rooms’. 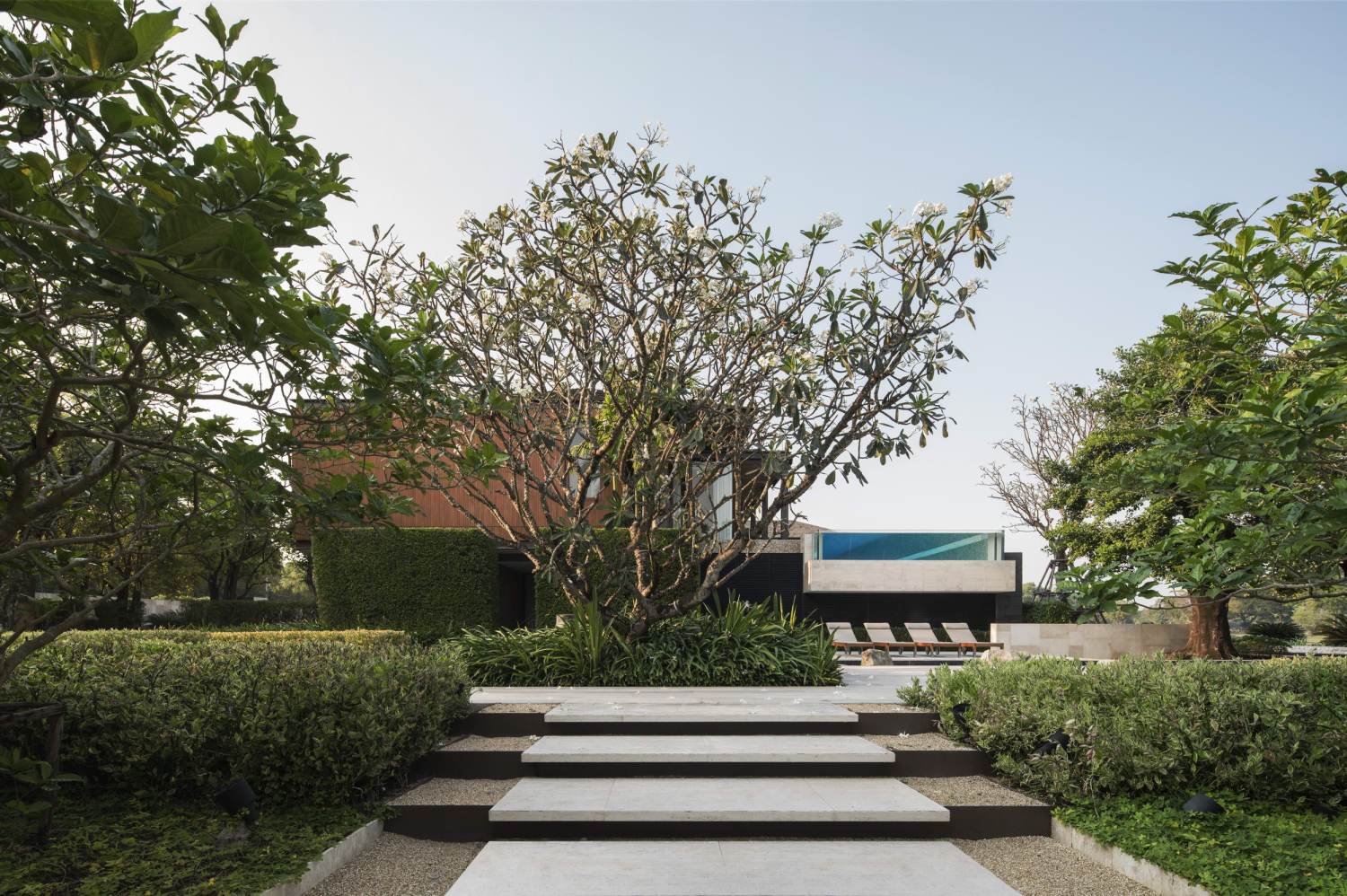 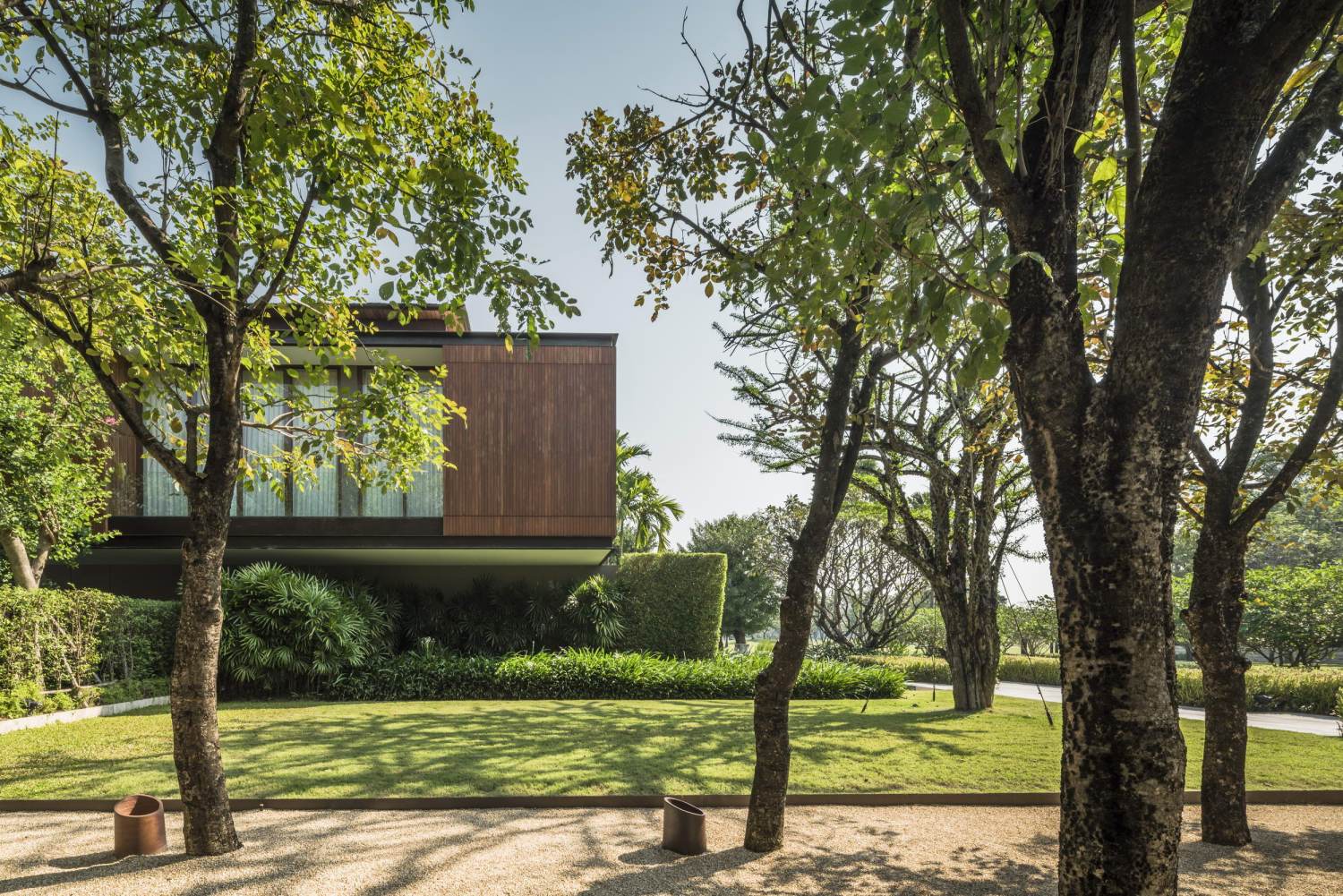 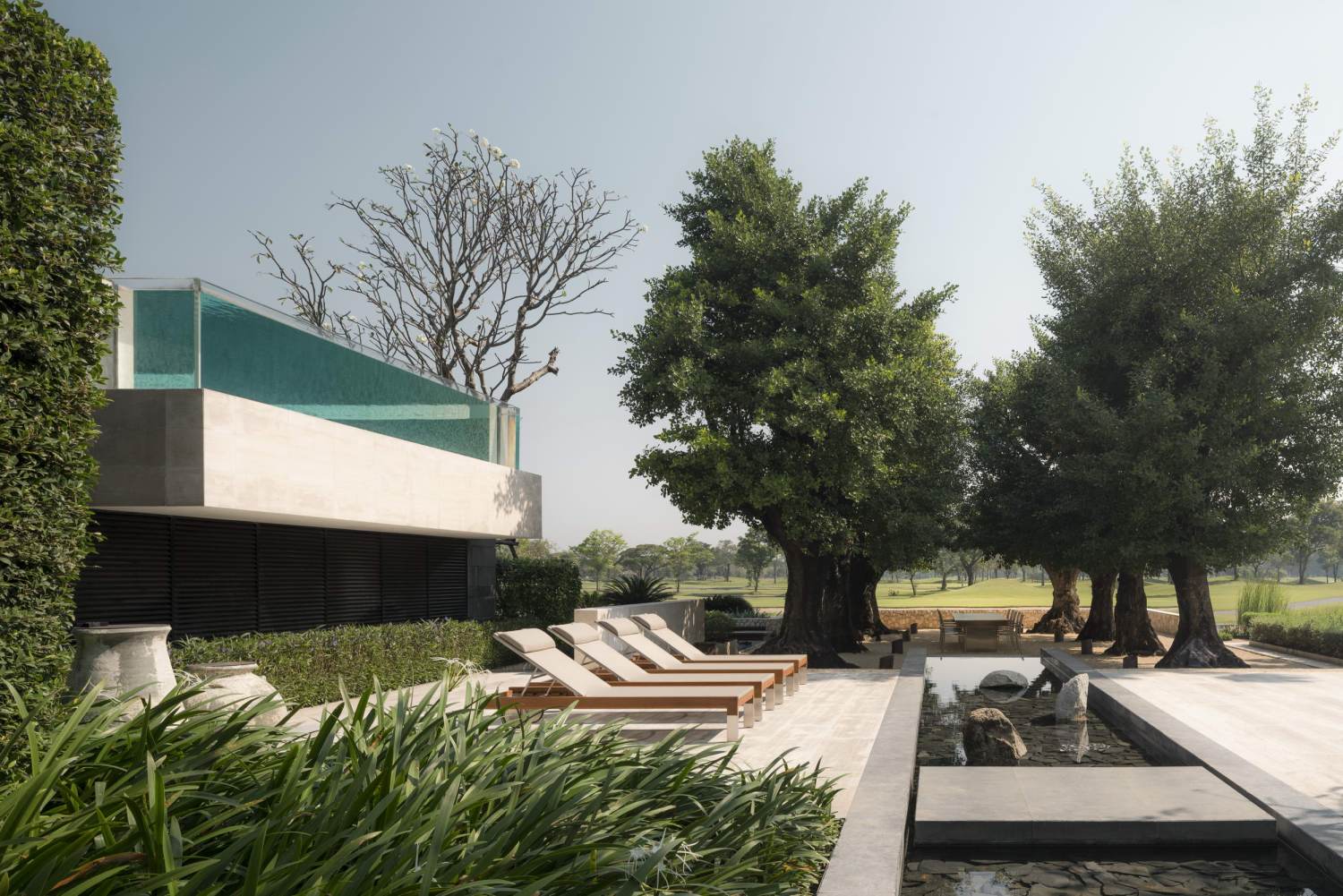 Other than his work and his travelling, the owner normally spent a major portion of his time at home. The landscape was designed to serve him right from the moment he arrived home. The Arrival court was proposed as a clean and simple courtyard right in front of his doorstep. The road surface was kept at minimum, just enough to connect the Arrival Court and parking lots. 2 major landscape elements, the Tree Gallery and the Main Axis Corridor, were used as circulation backbones, leading the owner and his guests to different parts throughout the site. 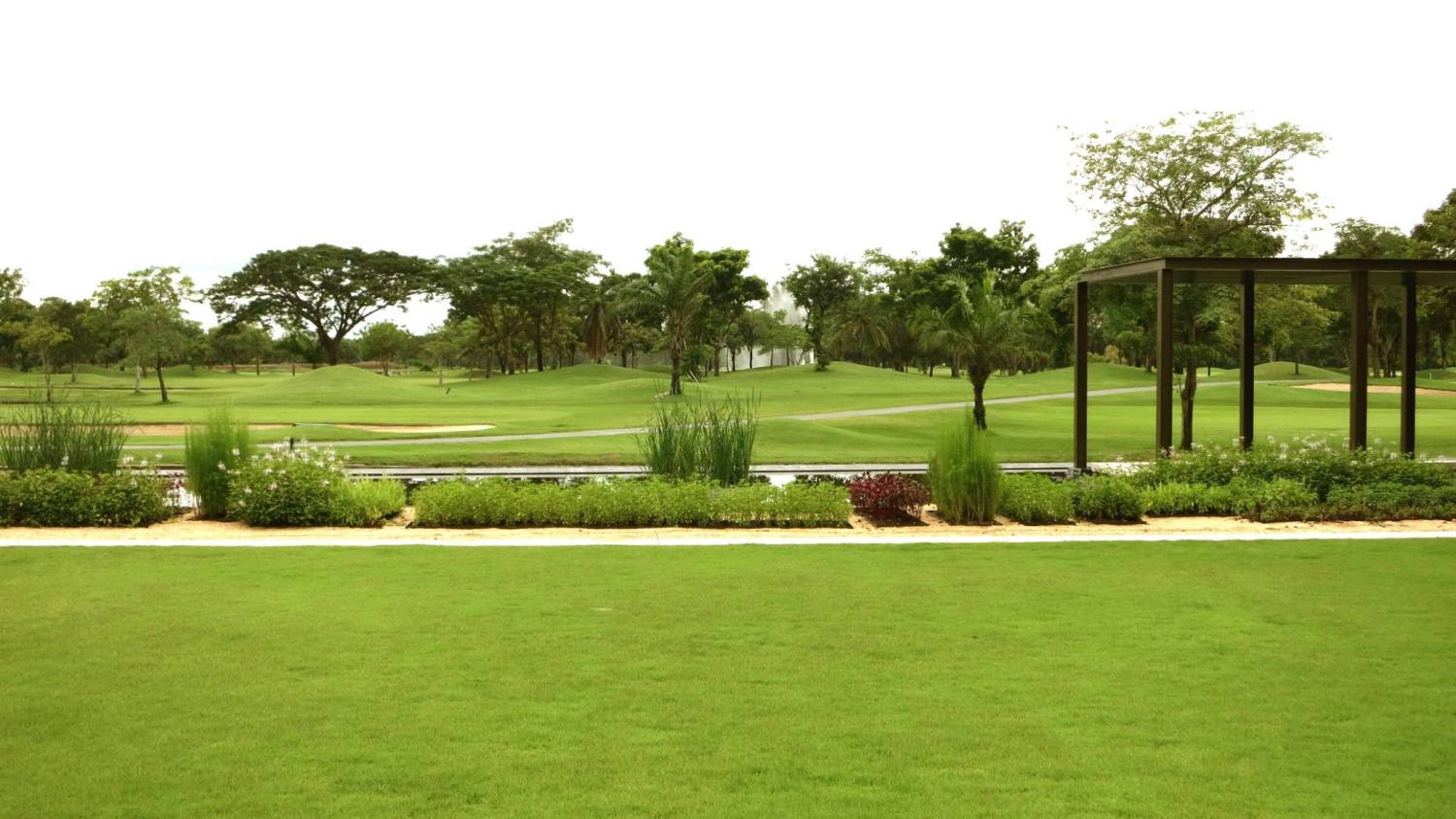 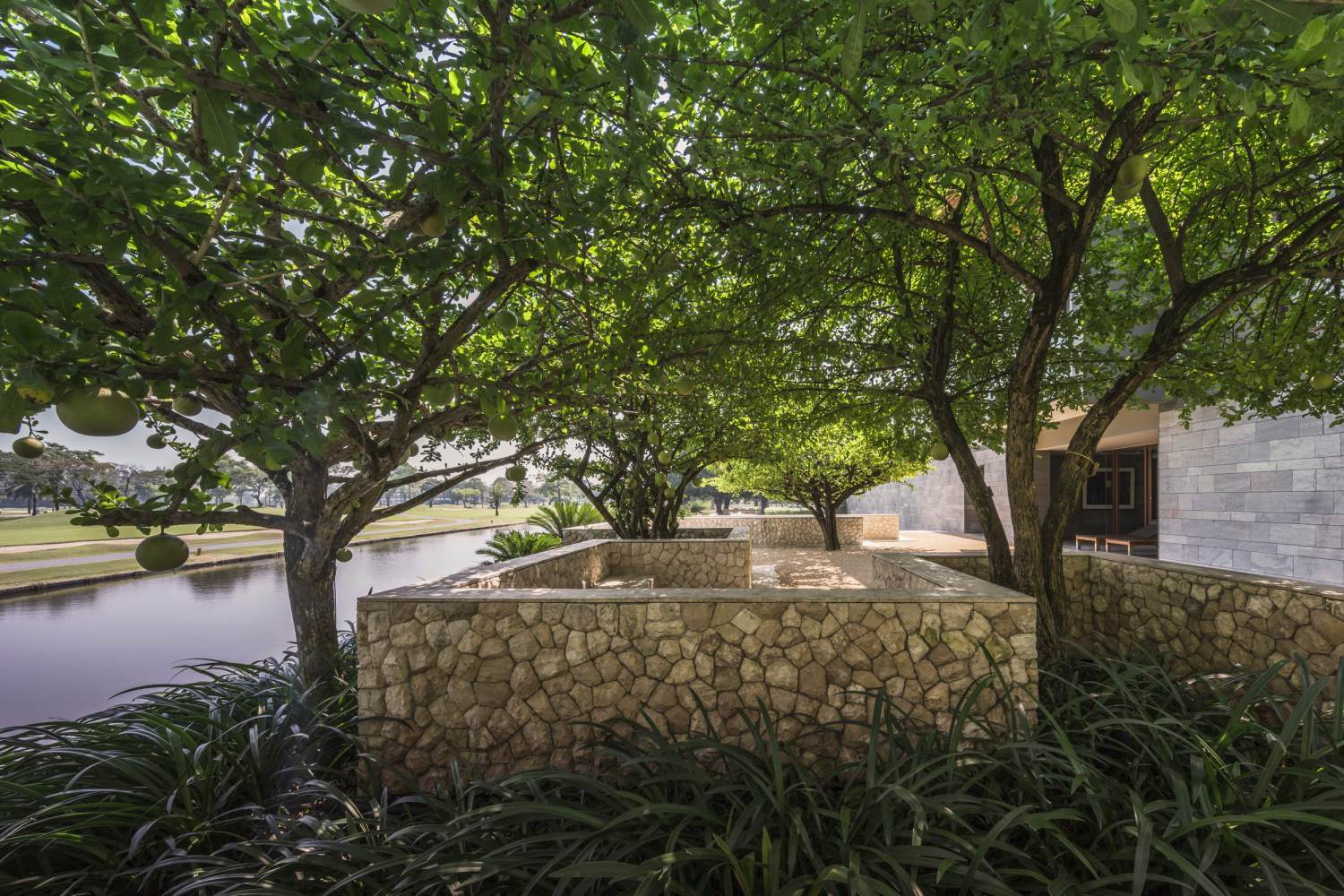 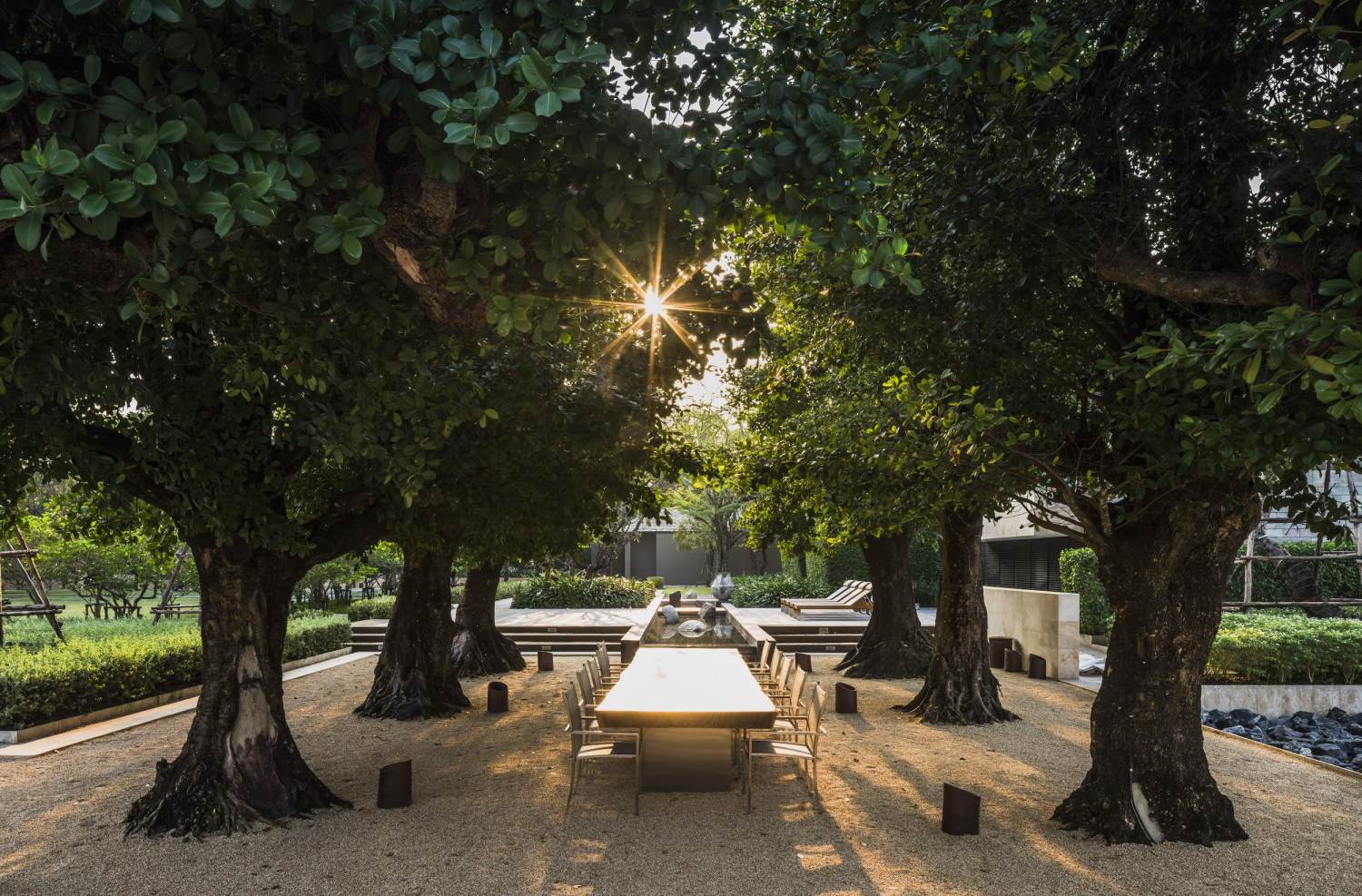 ‘Garden Rooms’ were attached along the main circulation corridors. Each was similarly used as rooms in typical house, such as function room, party room, play room, sitting room, reading room, dining room, etc. However, these rooms were different from interior rooms because they were ‘Living’ rooms. These rooms were basically made of ‘Living’ elements, groundcovers, shrubs, hedges, and trees. They were not separated by concrete walls, letting the wind flowing through. Their ceilings consisted of green canopies, allowing sunlight to get in. 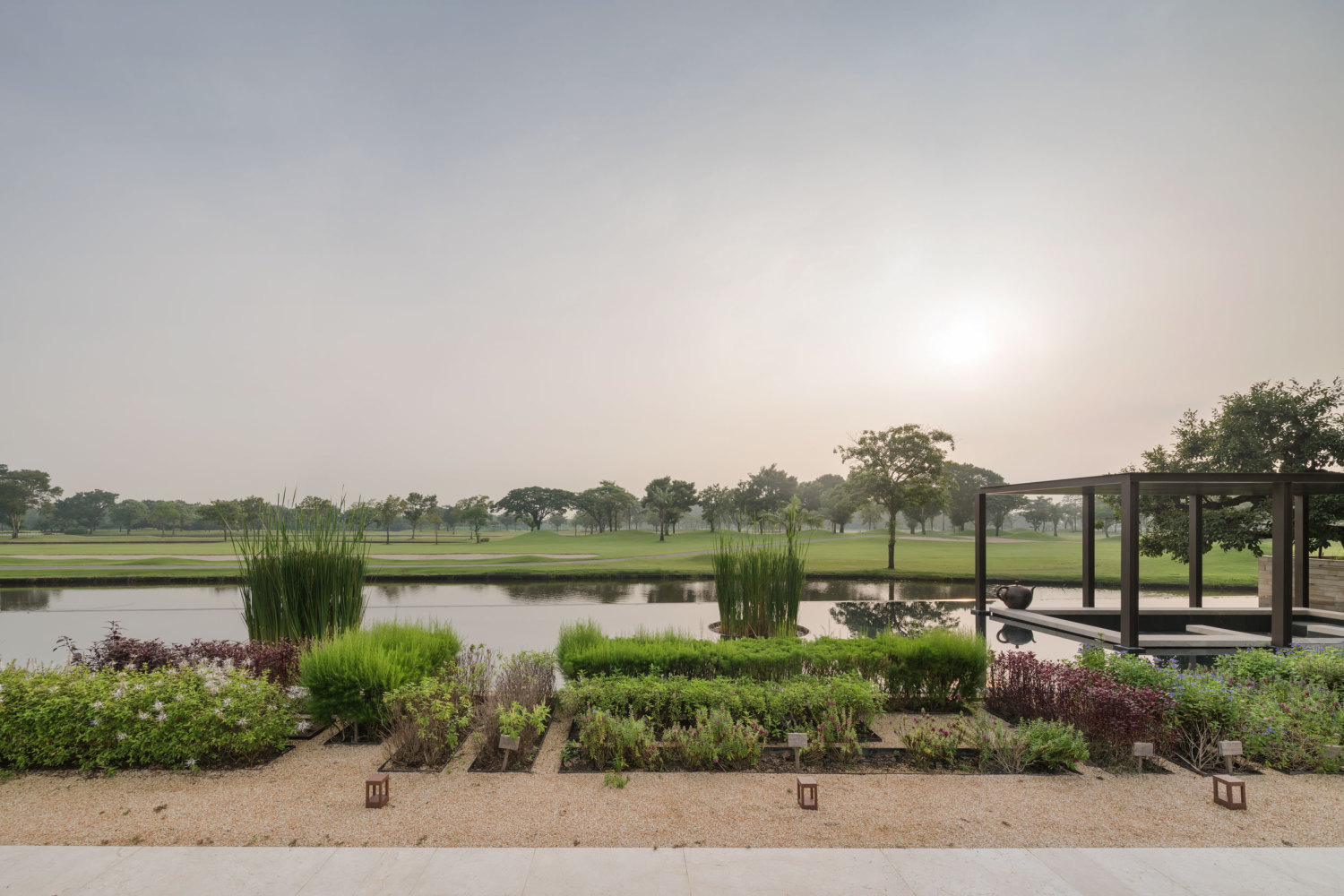 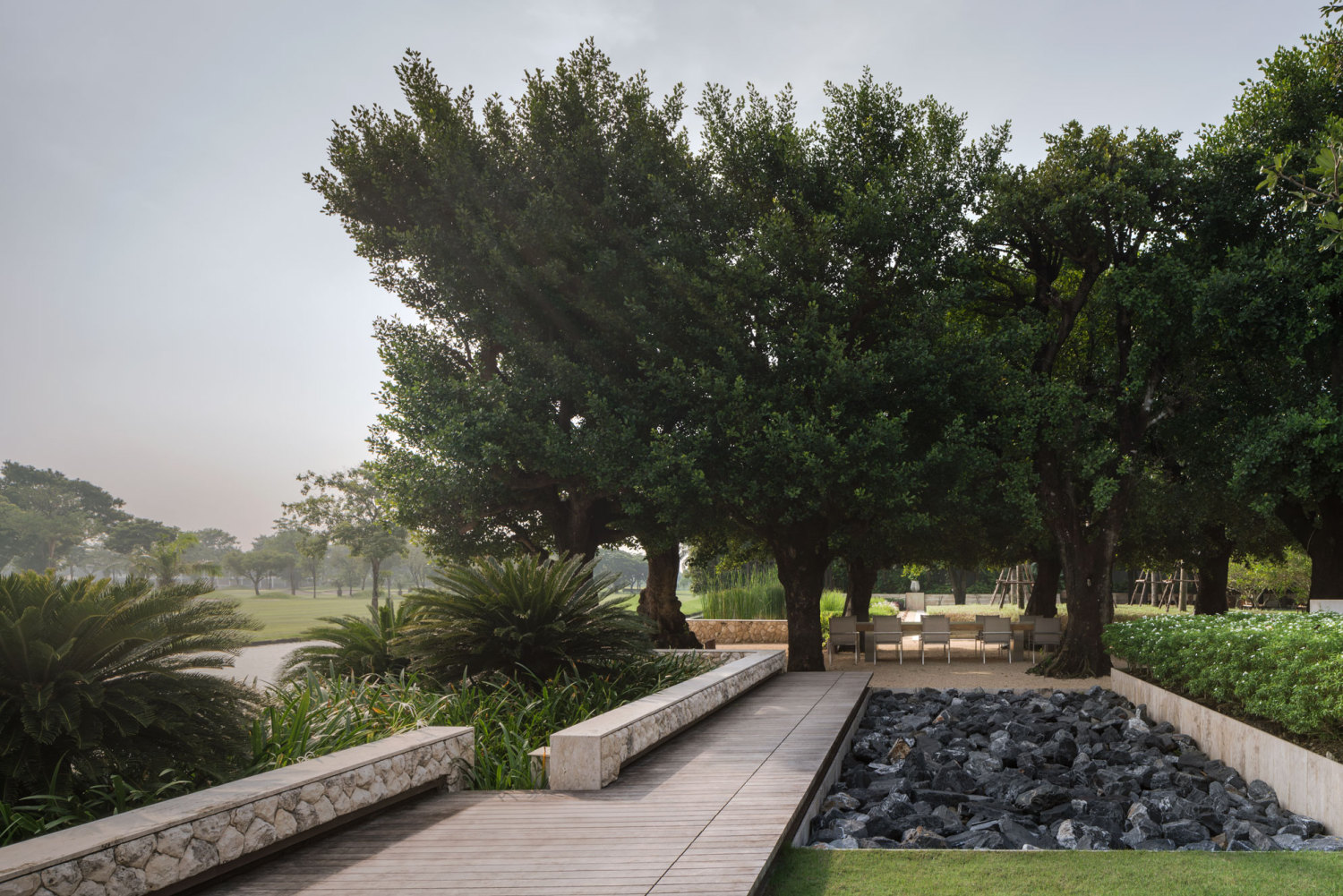 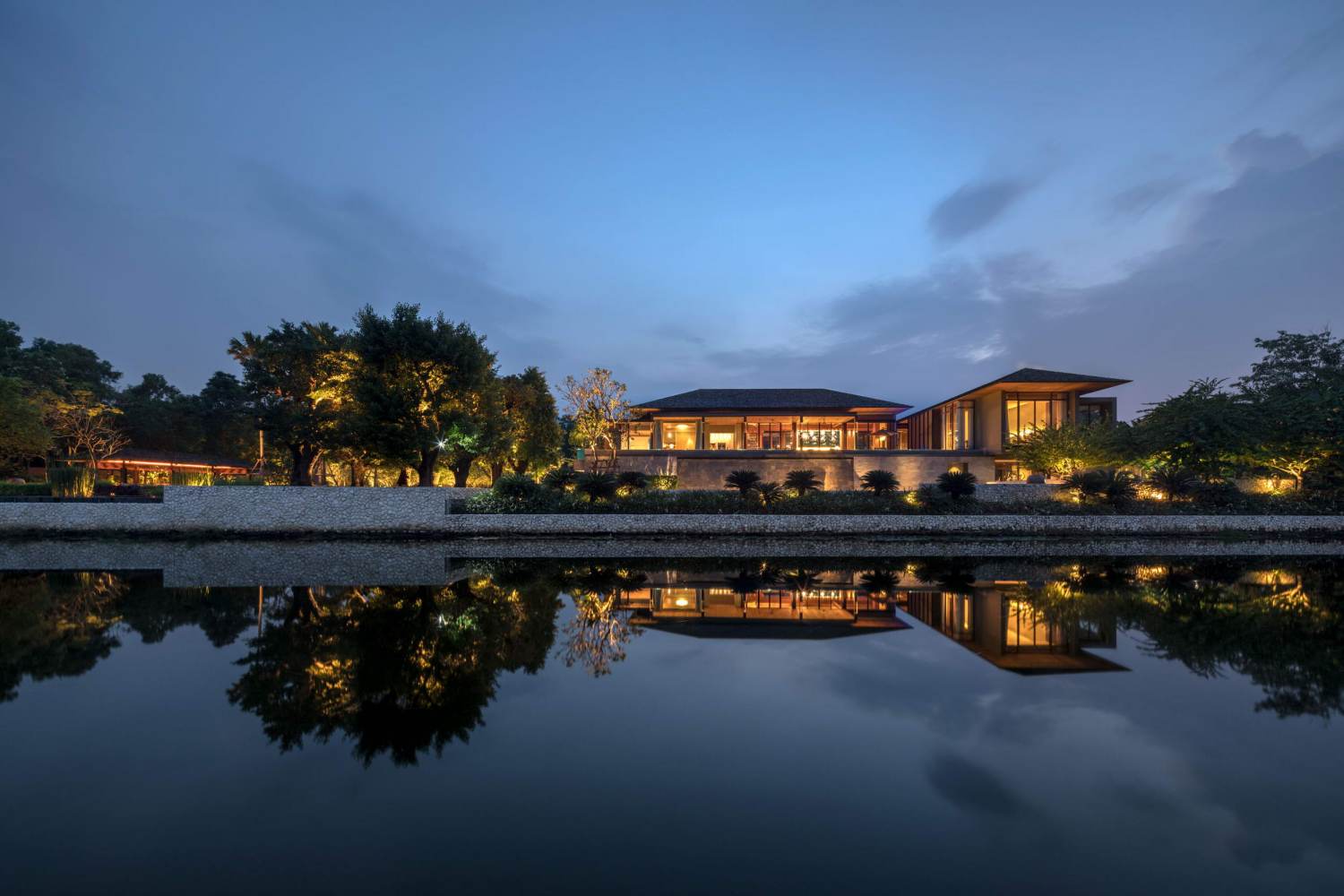 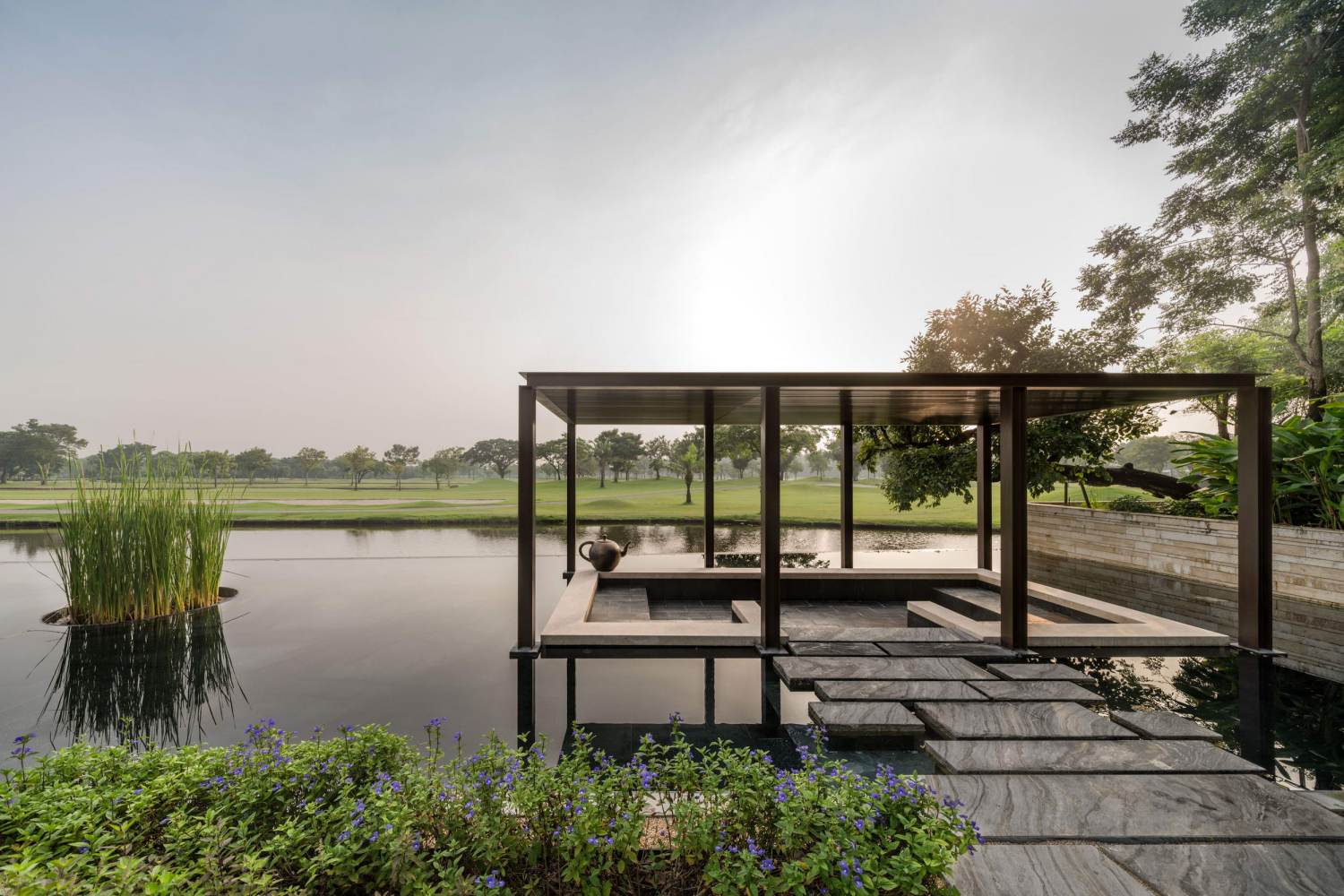 Unlike western gardens, Thai gardens were not only for visual purposes, they were also edible. Since the ancient time, we planted what we wanted to eat in our backyard, calling it ‘Pak SuanKrua’, literally meaning ‘Kitchen Garden’. The same concept was also applied at J Residence. The only different was that here, at first glance, it appeared just like an English garden. 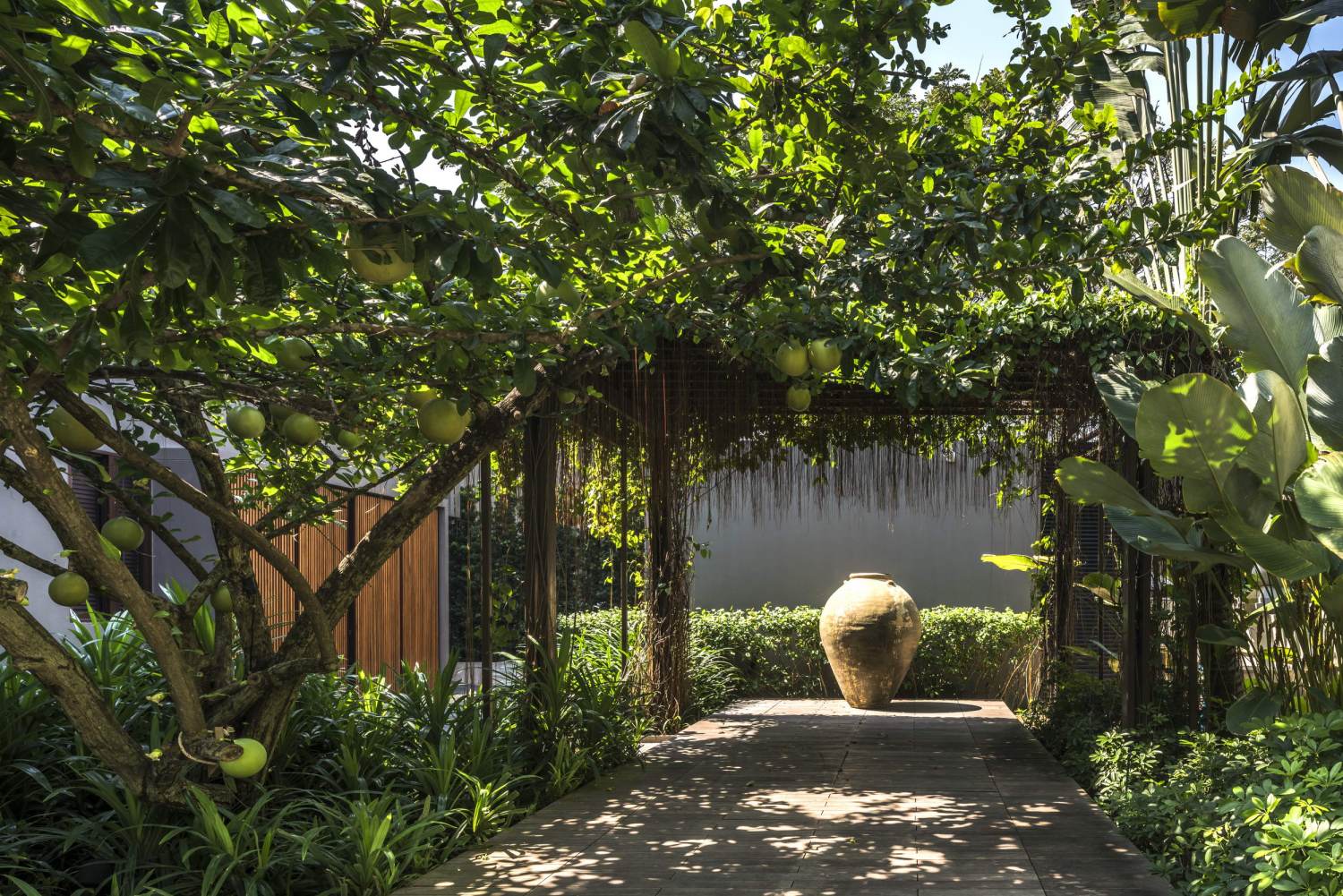 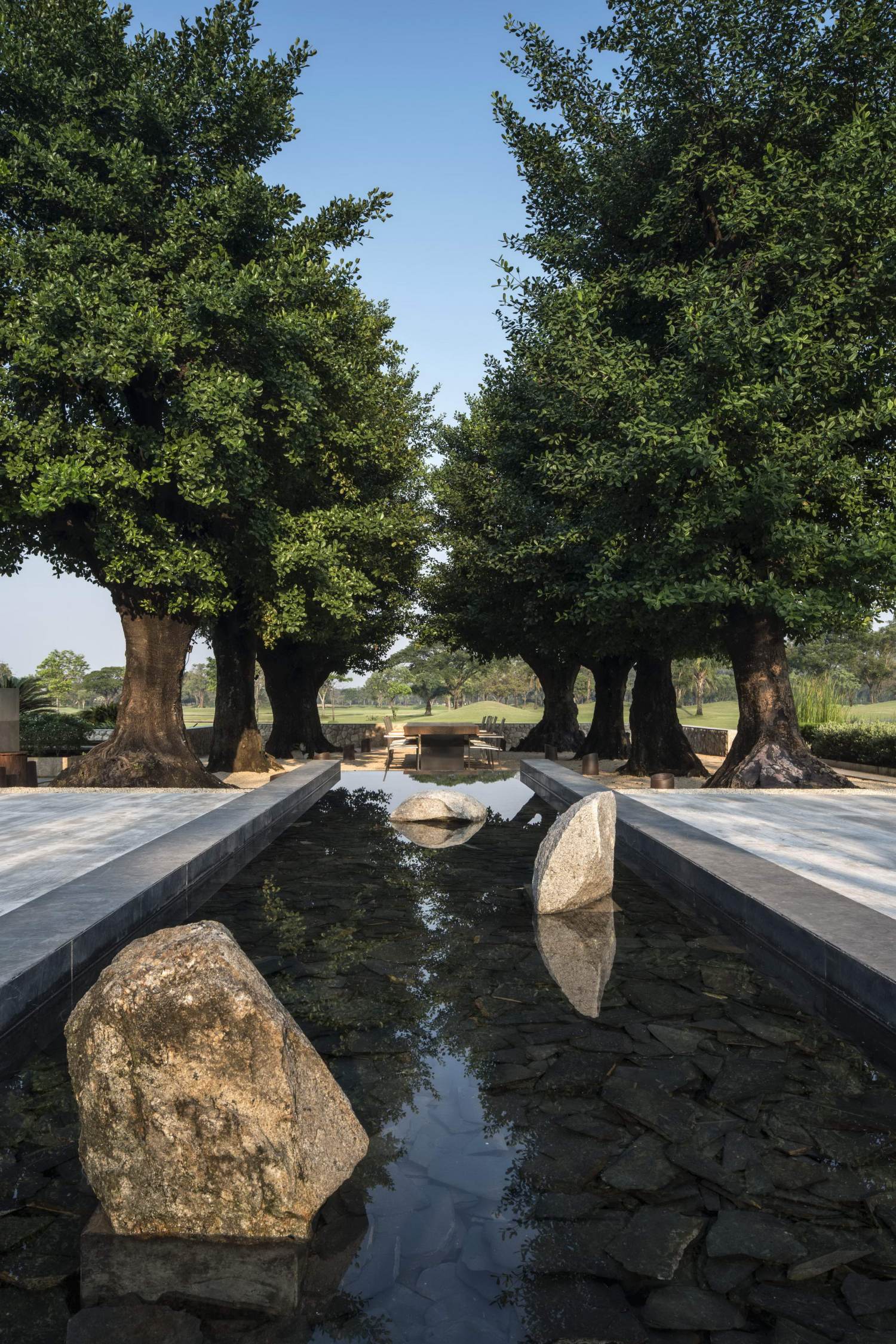 Adjacent to an old golf course, even though previously empty, the site of J Residence was already surrounded by pleasant scenery. To maximize the potential of the garden, the design team strategically blurred the borderline. Instead of setting the boundary to separate the garden from its surrounding, Reflecting Pond was proposed at the edge to integrate the garden with the neighboring golf course. 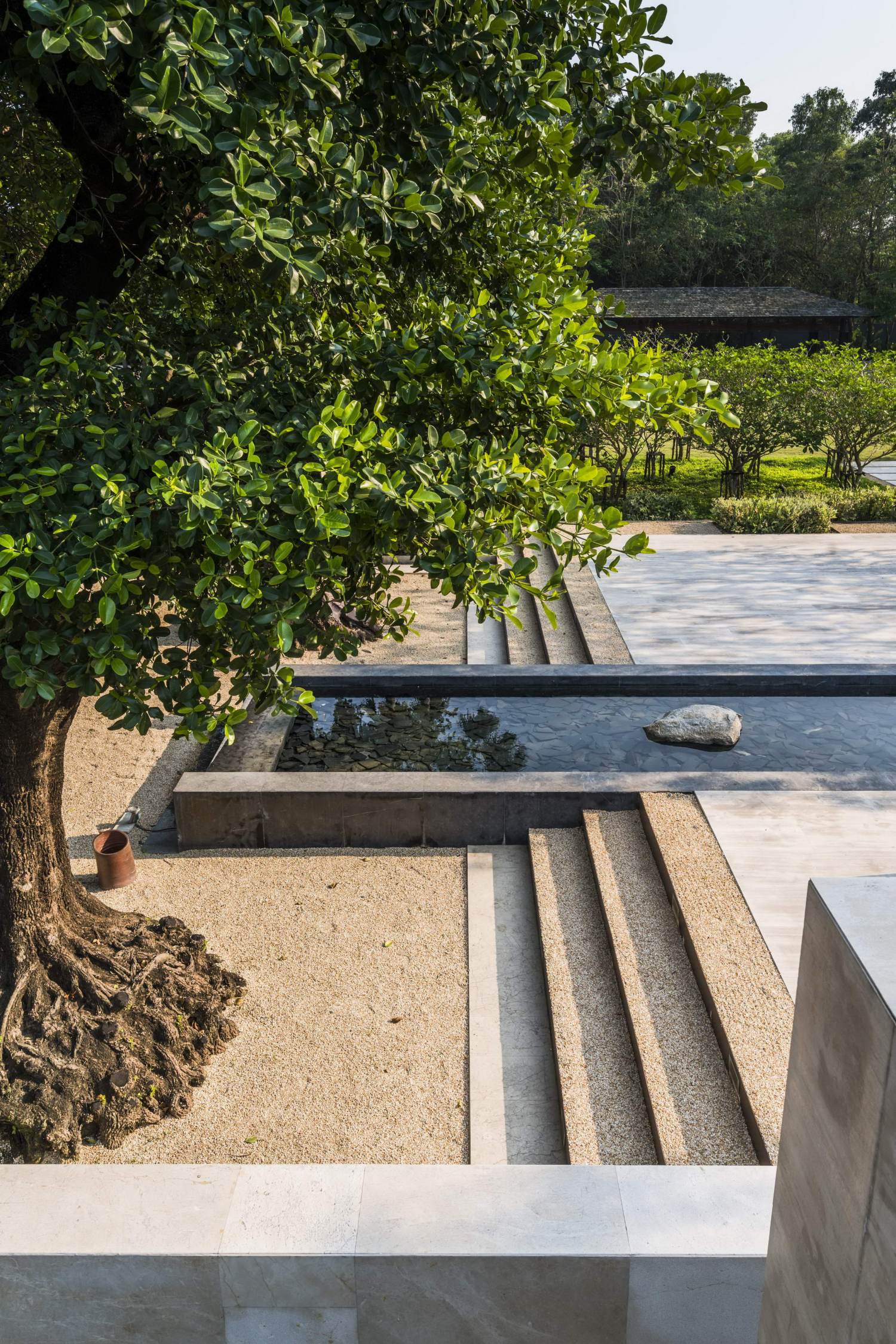