The Patagonia complex is located along a small bay in a lake in Southern Chile. The lake’s main feature is its lack of access by land, only made available by boat. This means that the project’s construction was an important challenge to carry out.  The assignment was to design a set of houses for a very large family where all the enclosures and common spaces face the lake and volcano, the area’s iconic geographic landmarks.

The houses were designed to take advantage of as much natural light as possible throughout the day, creating very bright spaces, even though being immersed in a native forest with trees over 20 meters high.

The location and its surroundings; a flat land with an unobstructed view towards the lake and volcano, oriented towards the North, to make the most of the natural light, with a shady native forest behind it that covers the whole hill and works as a natural wall protecting the land from the wind and rain. 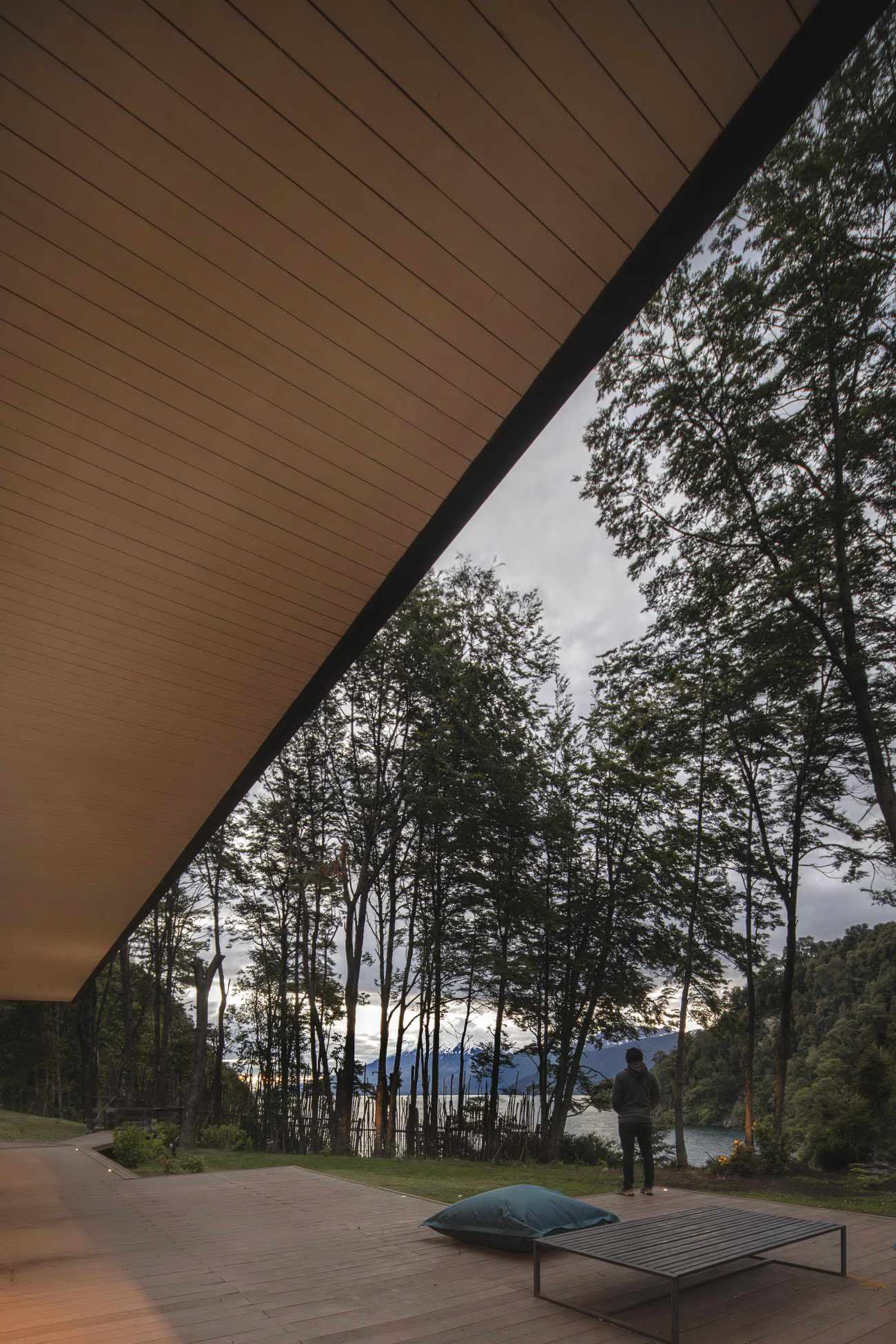 The strategy was to intervene the land as little as possible. The houses are built on a single level where independent volumes are raised sharing a common space in between for family gatherings. 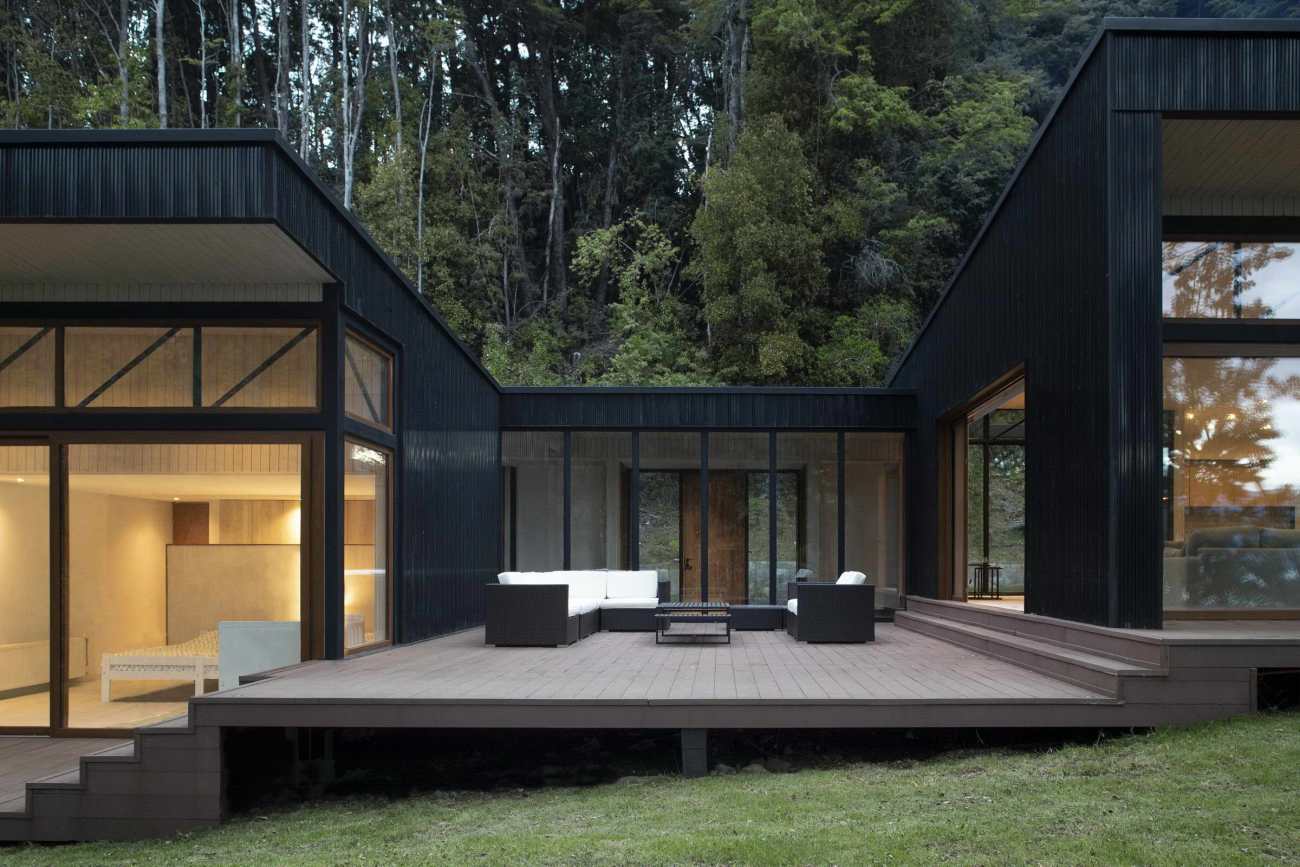 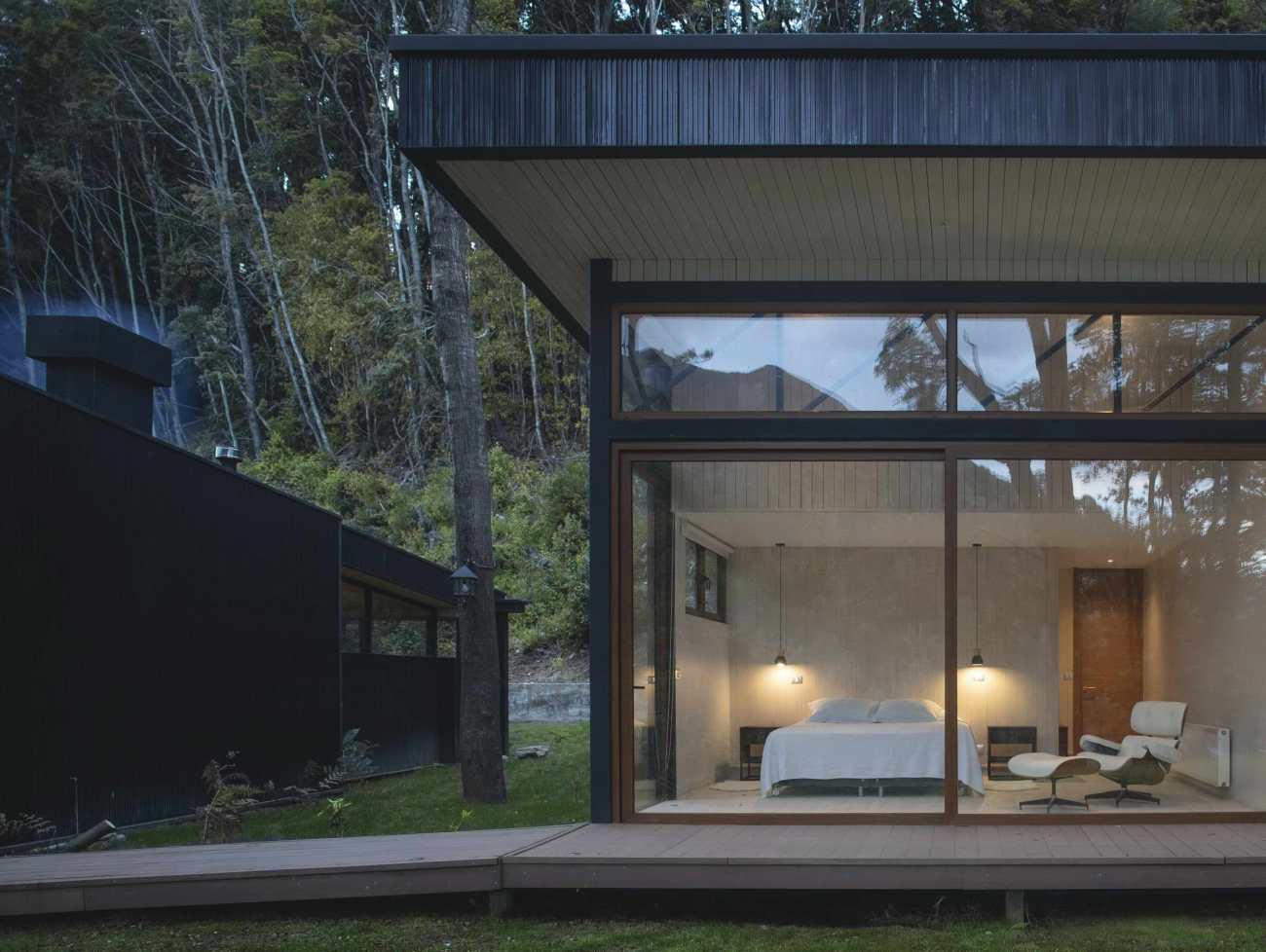 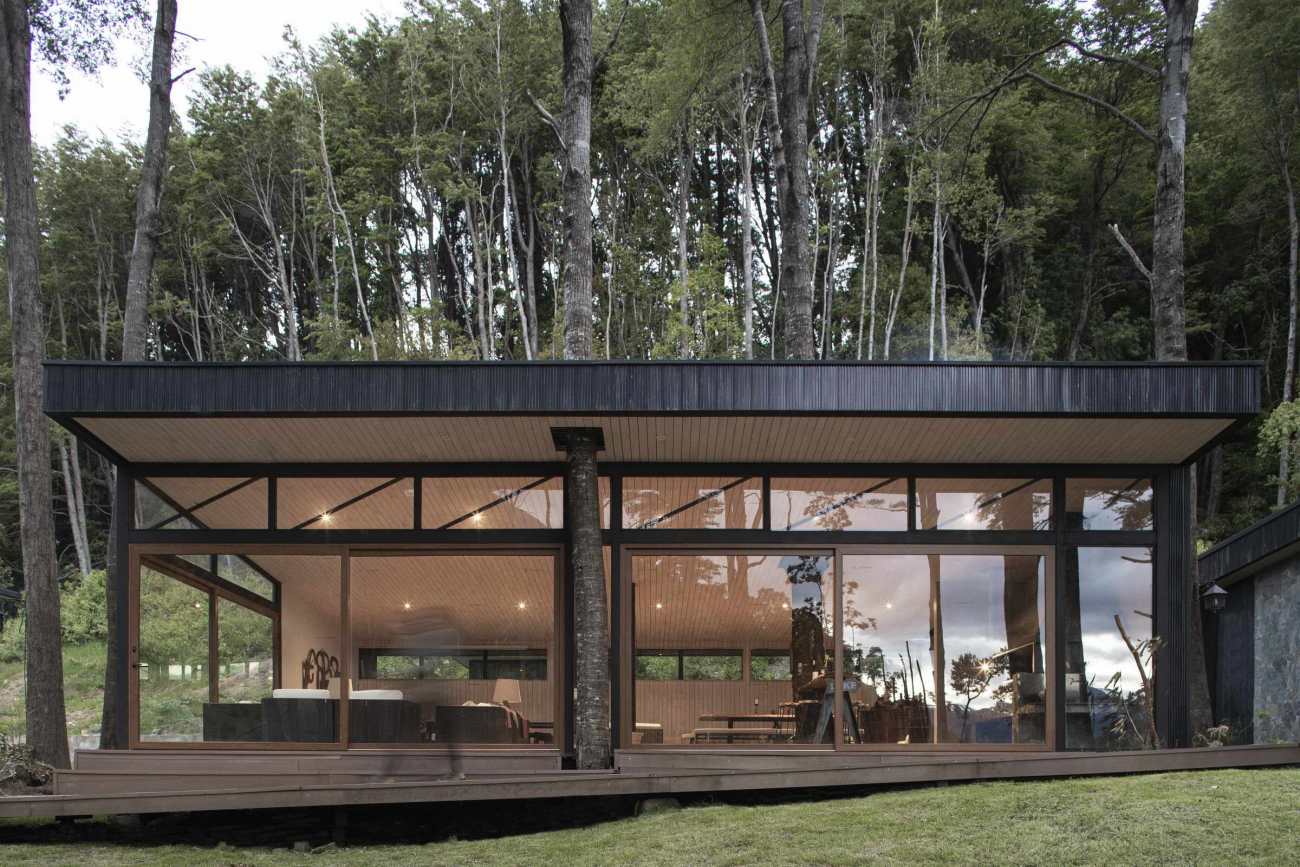 The project’s major challenge was its construction process. The availability and distribution of materials and labor in the area were some of the many difficulties that were overcome. The design was based on a meccano-style metallic structure built in sections, that facilitated its transport and on-site installation. The design incorporated local materials such as wood cladding, which was used for ceilings and walls; stone, used in structural walls and, quadroline cladding for the exterior, which has low maintenance costs and high durability in the face of extreme climate conditions in this area. 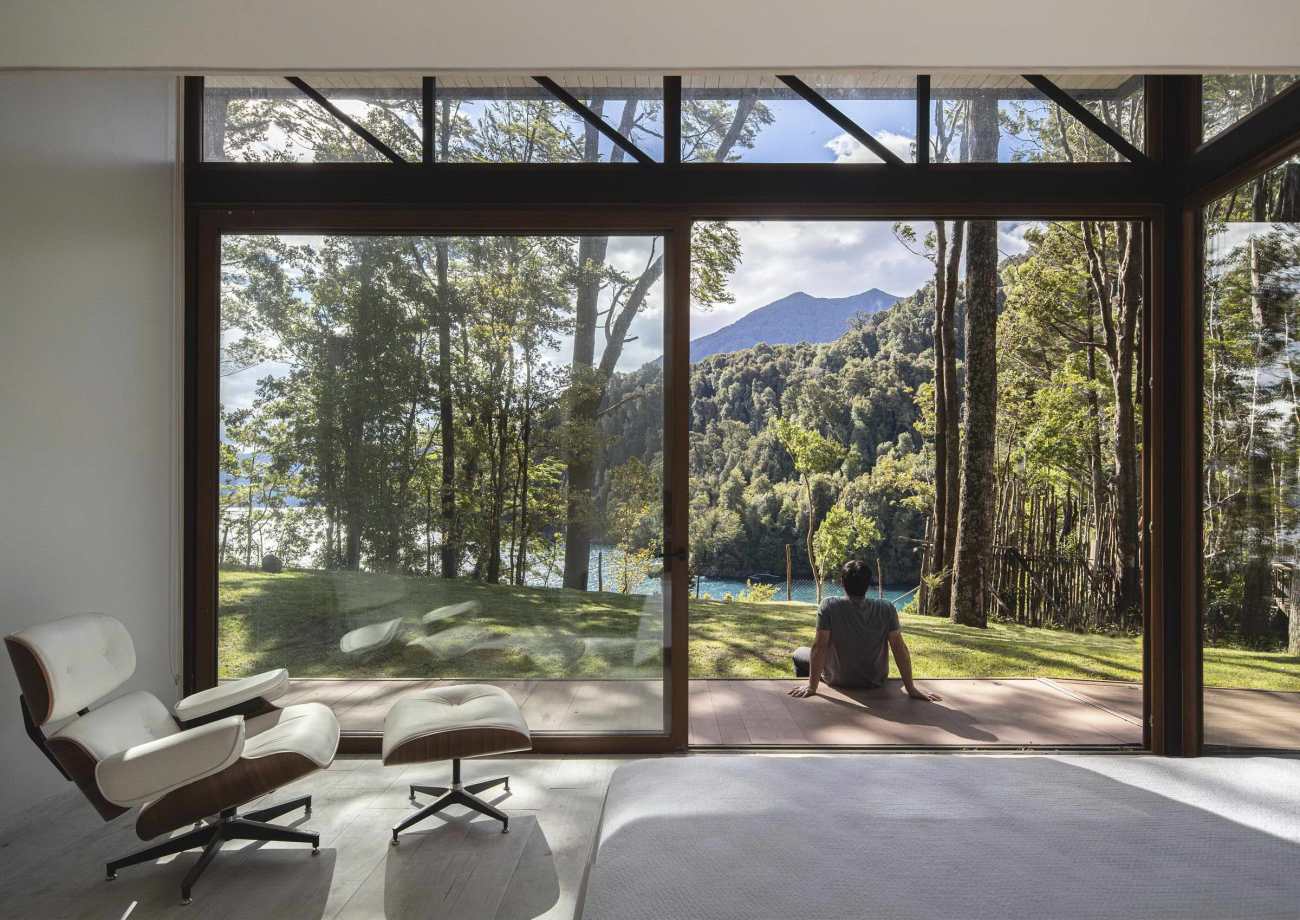 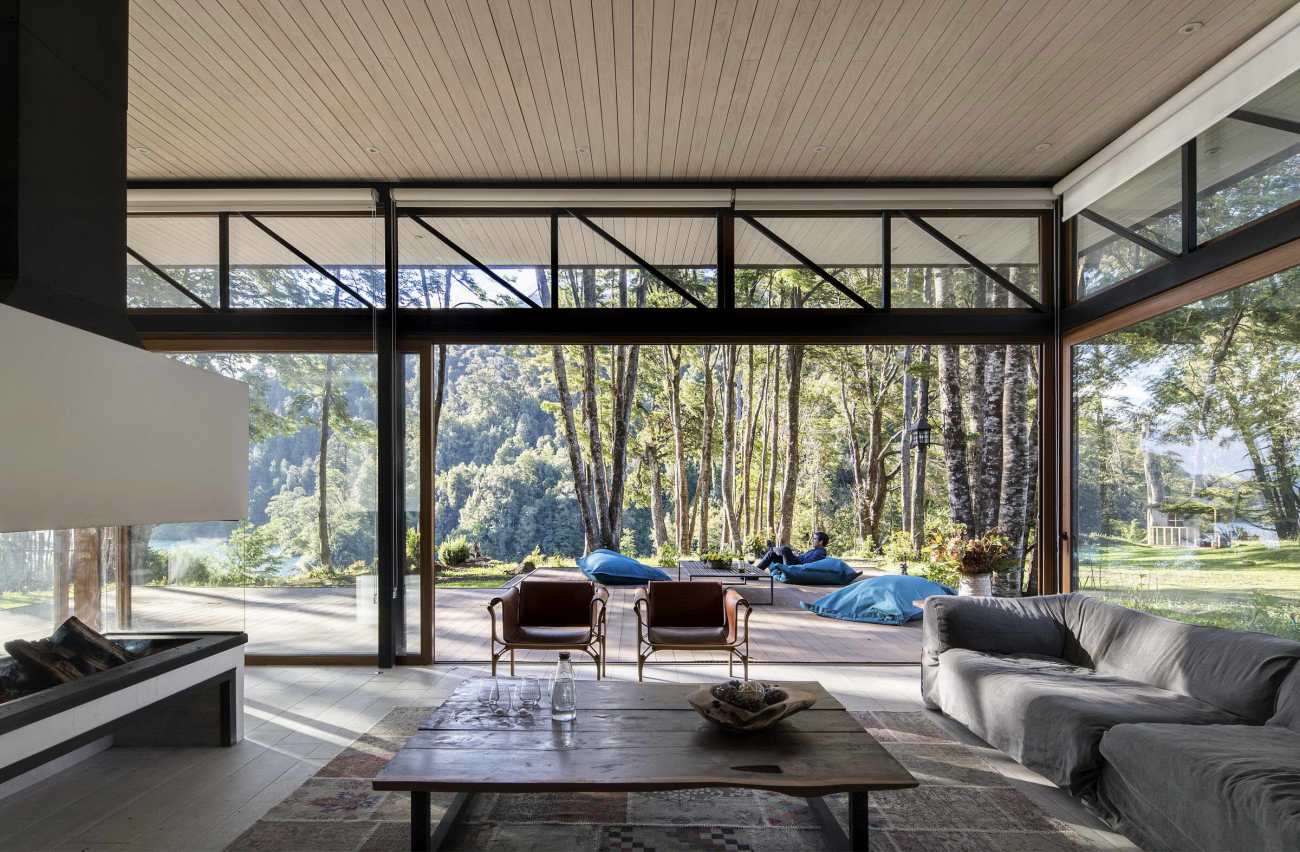 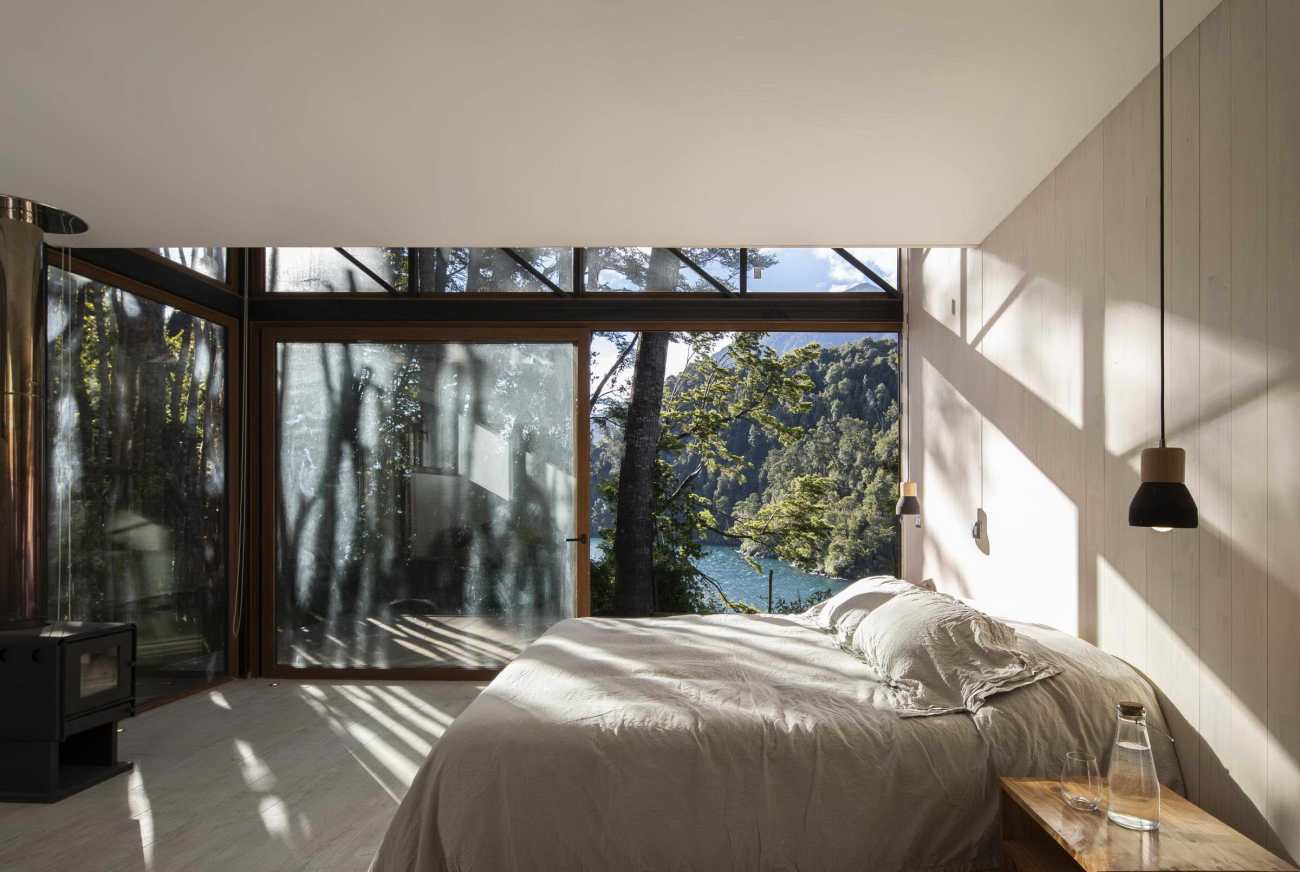 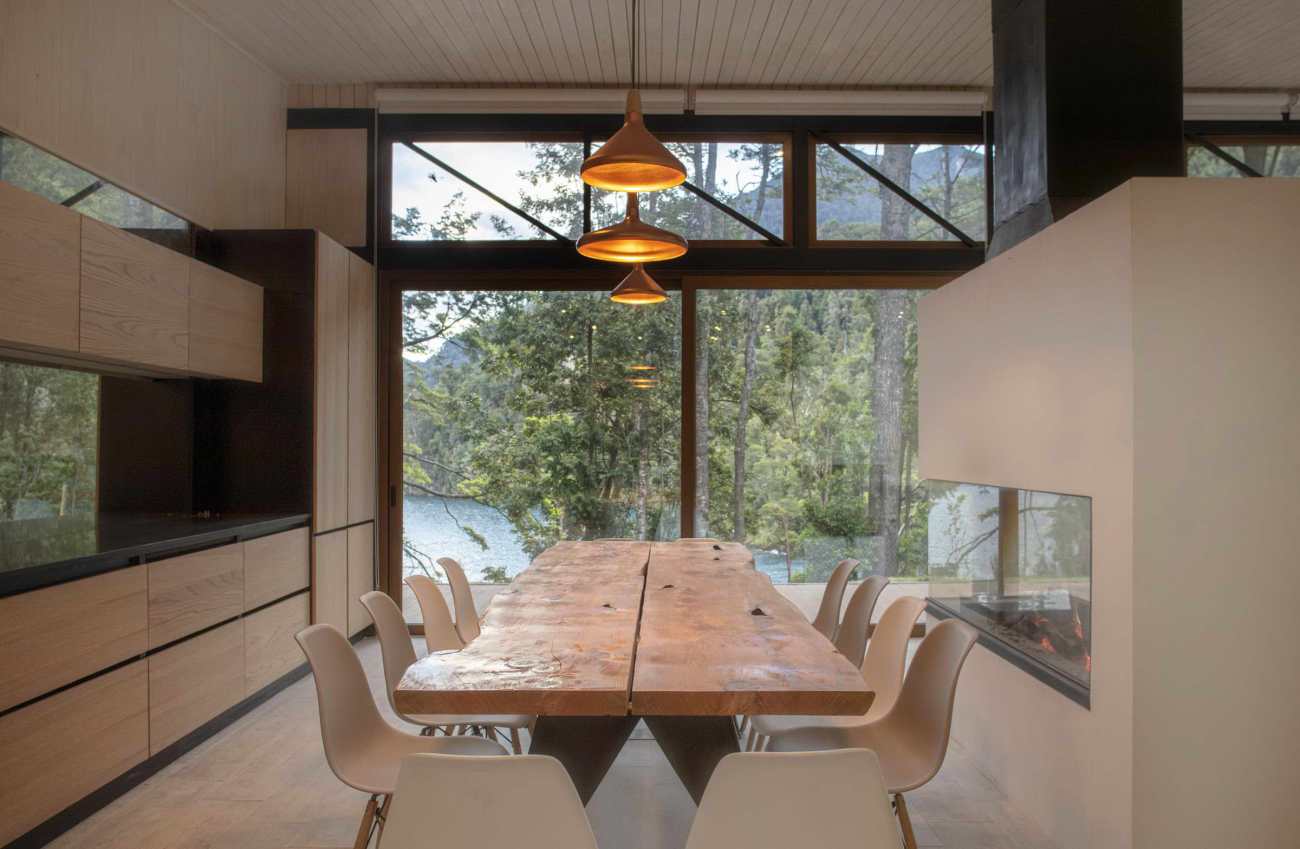 The project has a small environmental impact since its capable to produce all the energy that requires through a series of photovoltaic panels installed on the roof, and stores the energy in batteries inside the houses. The entire electrical project is designed to function on low consumption LED equipment. 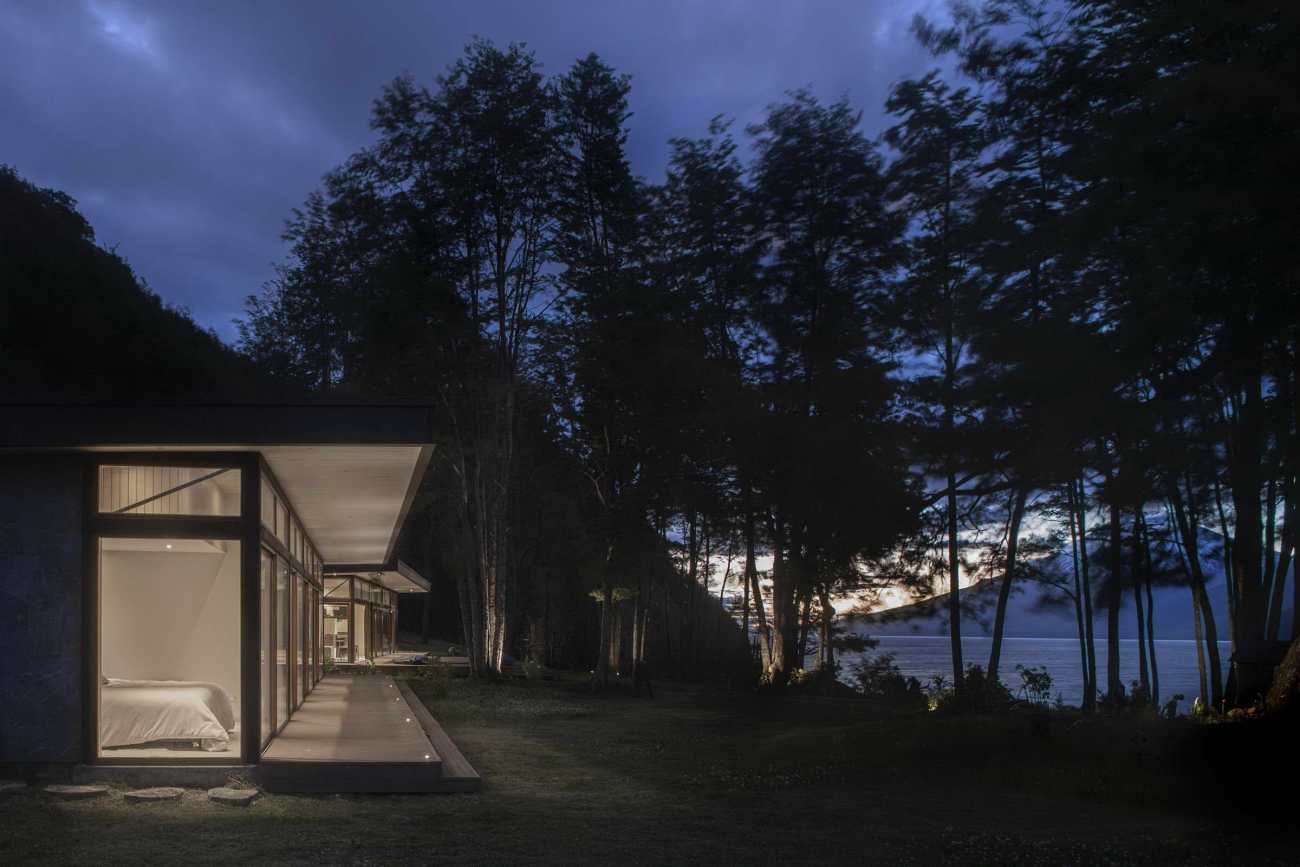 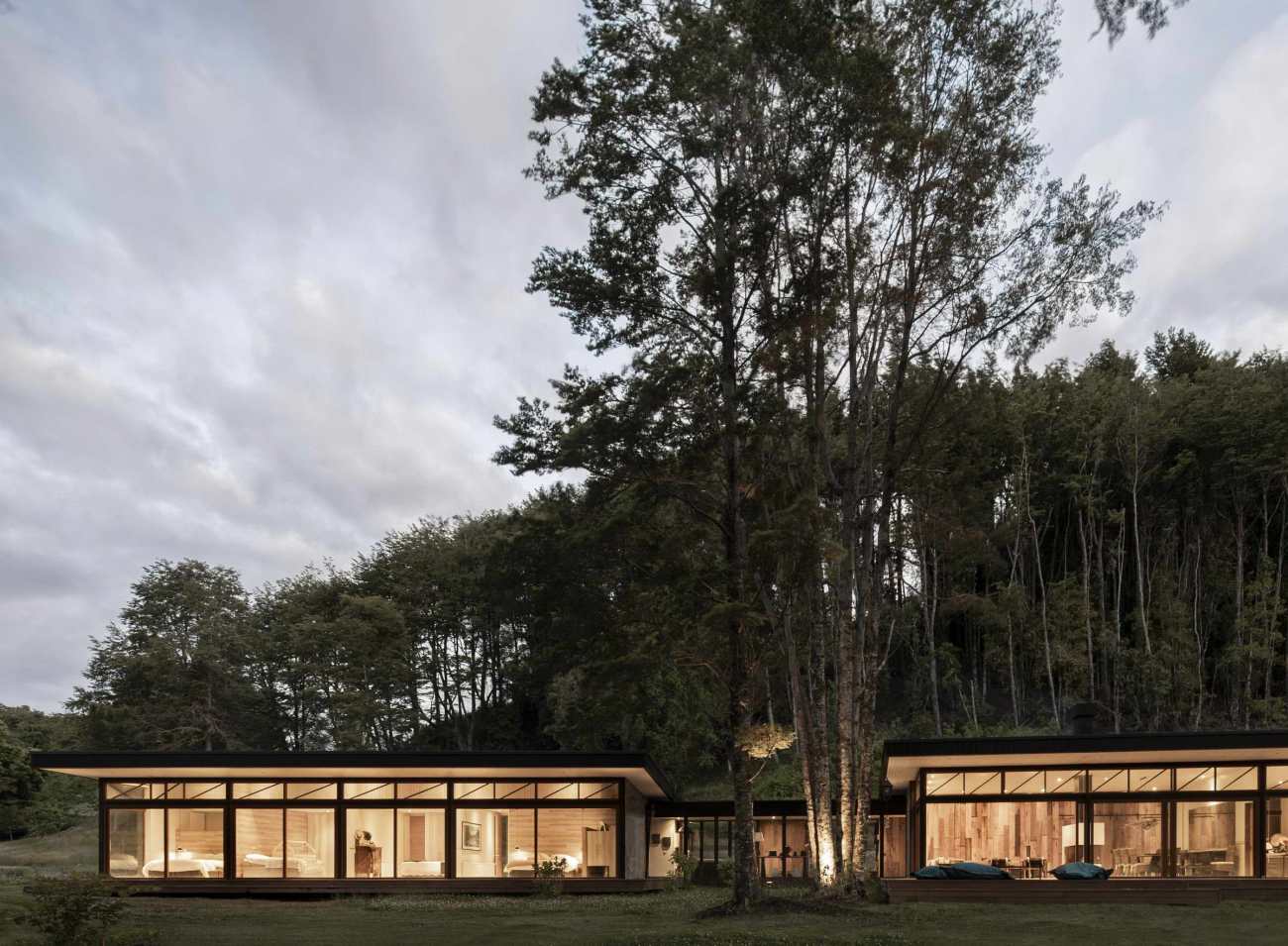