The site for this project is sloped and initially was covered in dense forest. Although the surrounding area was developed with second homes in the 1970s, this particular property had never been built on. In the process of visiting the site a number of times, we were drawn to a large orangebark stewartia tree and began searching for a way to leave it standing so that it could coexist with the architecture. Based on setback regulations and other constraints, we calculated that the tree was located near the approximate center of the area where building was possible. We therefore moved forward with a design that wraps around the tree, giving it the space it needs while still creating a relationship with it. 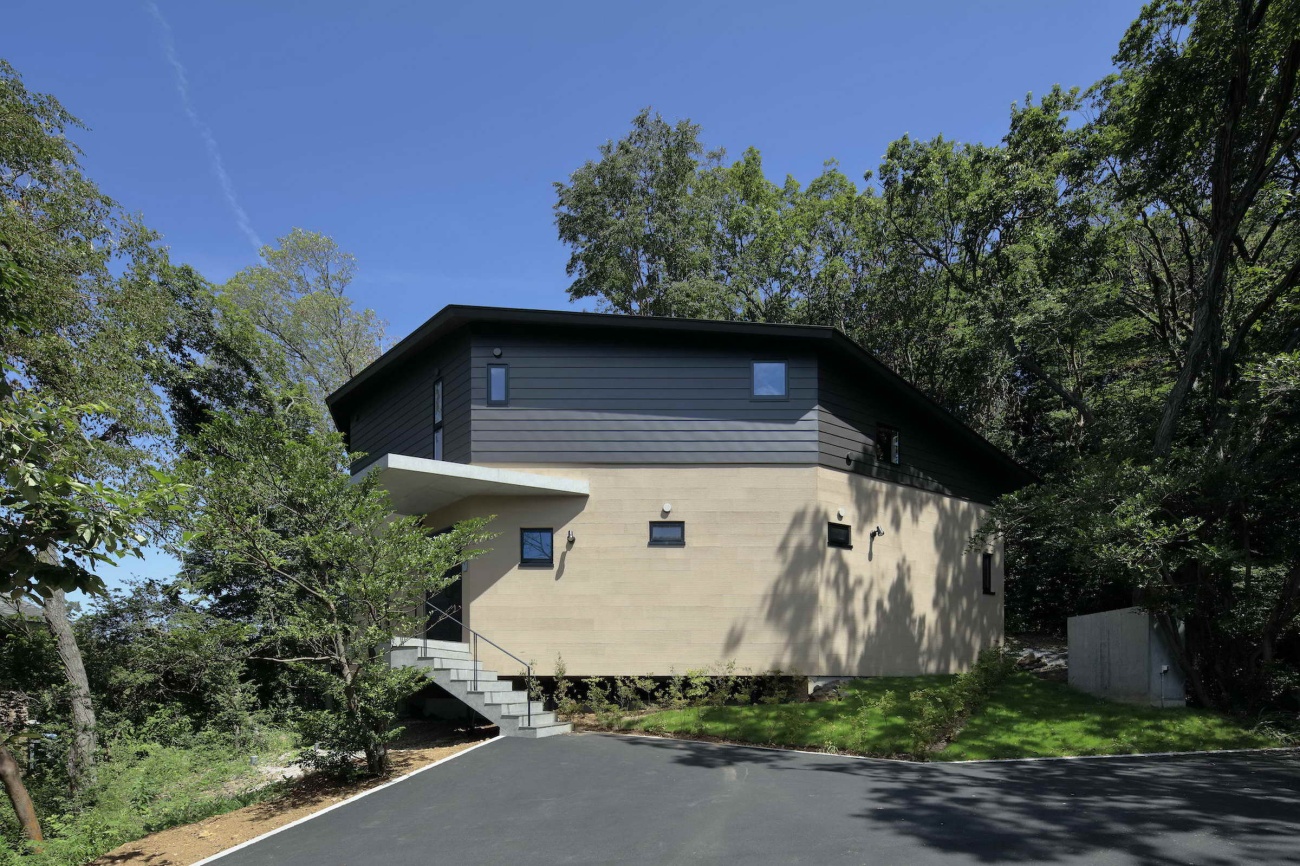 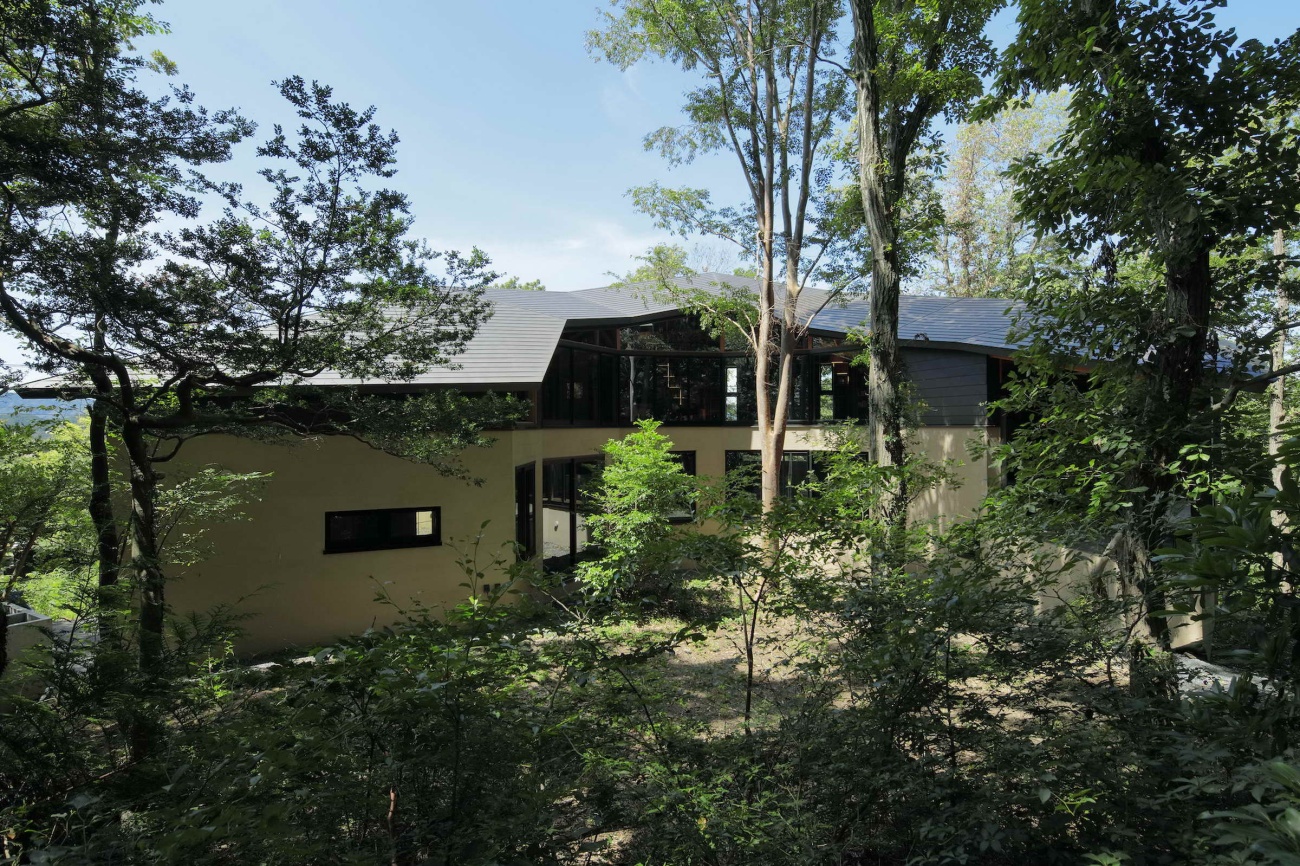 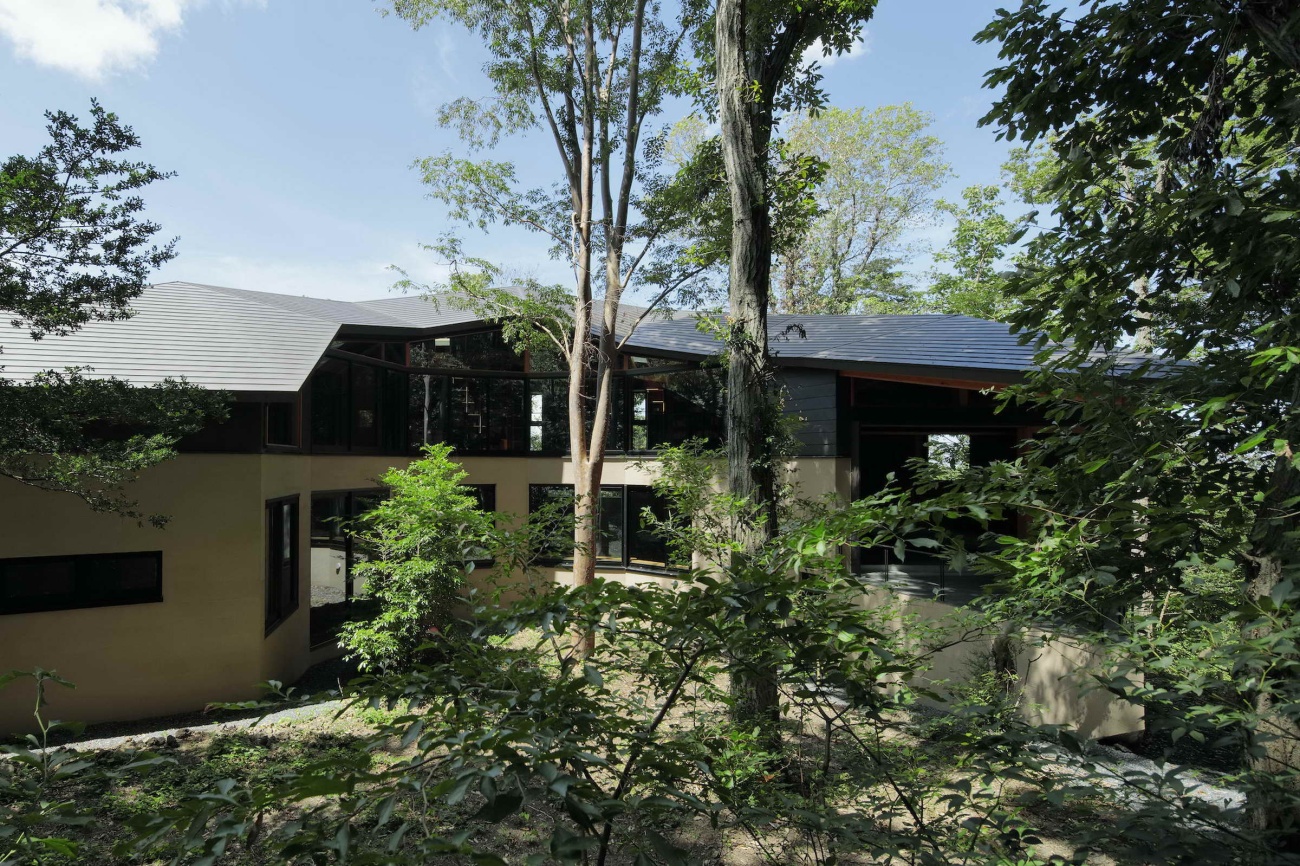 We thought of the tree as a center point and centripetal force, but made a point of avoiding a symmetrical design with uniform angles. In addition, because the house is usually inhabited by only a few people, we felt that creating a succession of varied angles would result in a comfortable sense of scale in each space. 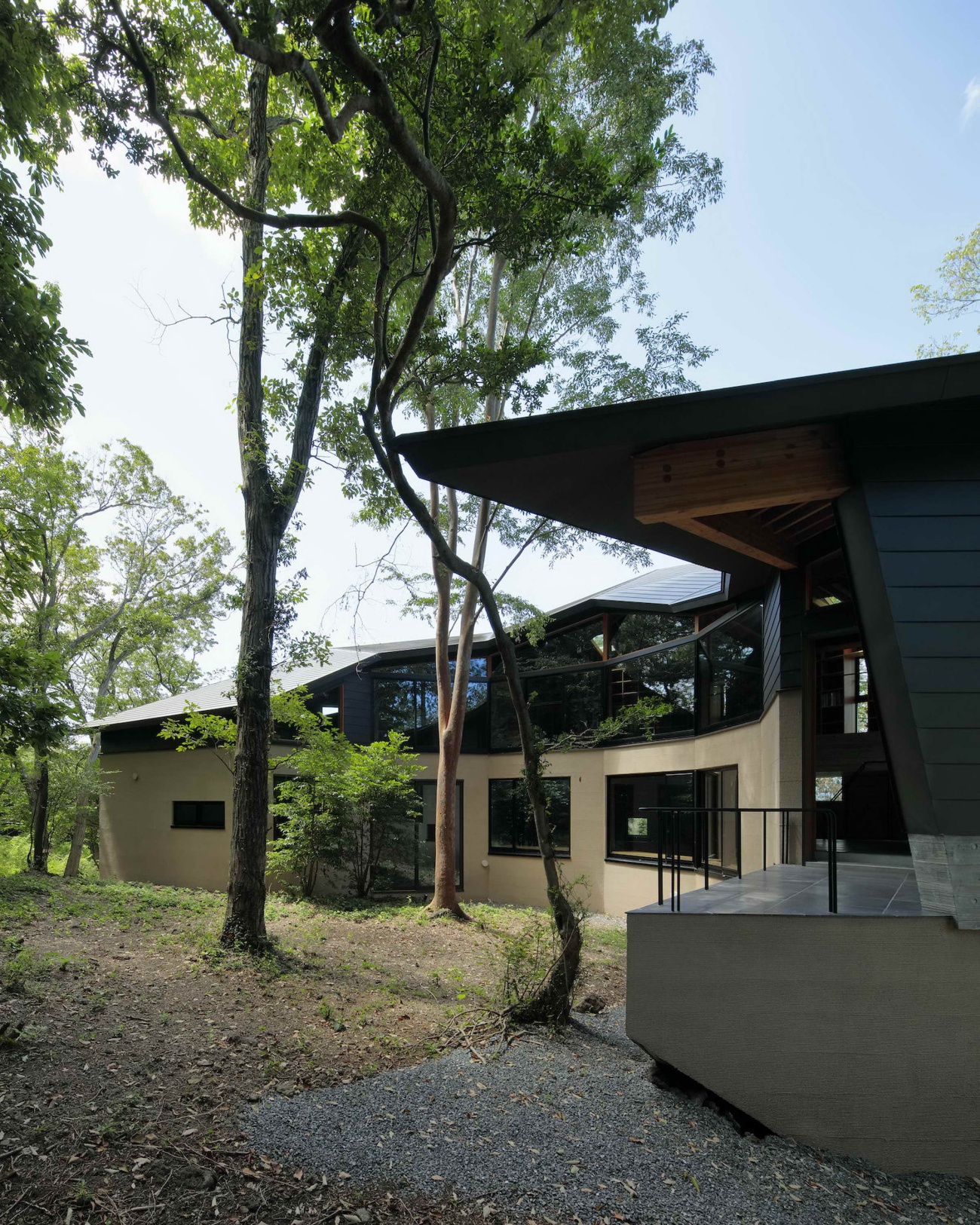 The sloped property has an elevation drop similar to that at the end of a promontory, which made the question of how to place the building on the land a structural question of ongoing concern. In order to avoid an overly large, deep foundation, we alloted about one-third of the building footprint to an overhang, thereby reducing the area of contact with the ground. The basic structure is comprised of reinforced concrete from the foundation through the floor of the second story, with wood above that. The upper level, which was conceived of mainly as a reading area, has the same footprint as the lower level, but by varying the shape of the triangular planes of the roof, we were able to maintain continuity. The peak is around the center of the building, while the two narrow end sections slope down to the first story via a mezzanine and a void. This ultimately creates the impression of a single roof covering the whole building, even though it is divided into multiple sections. 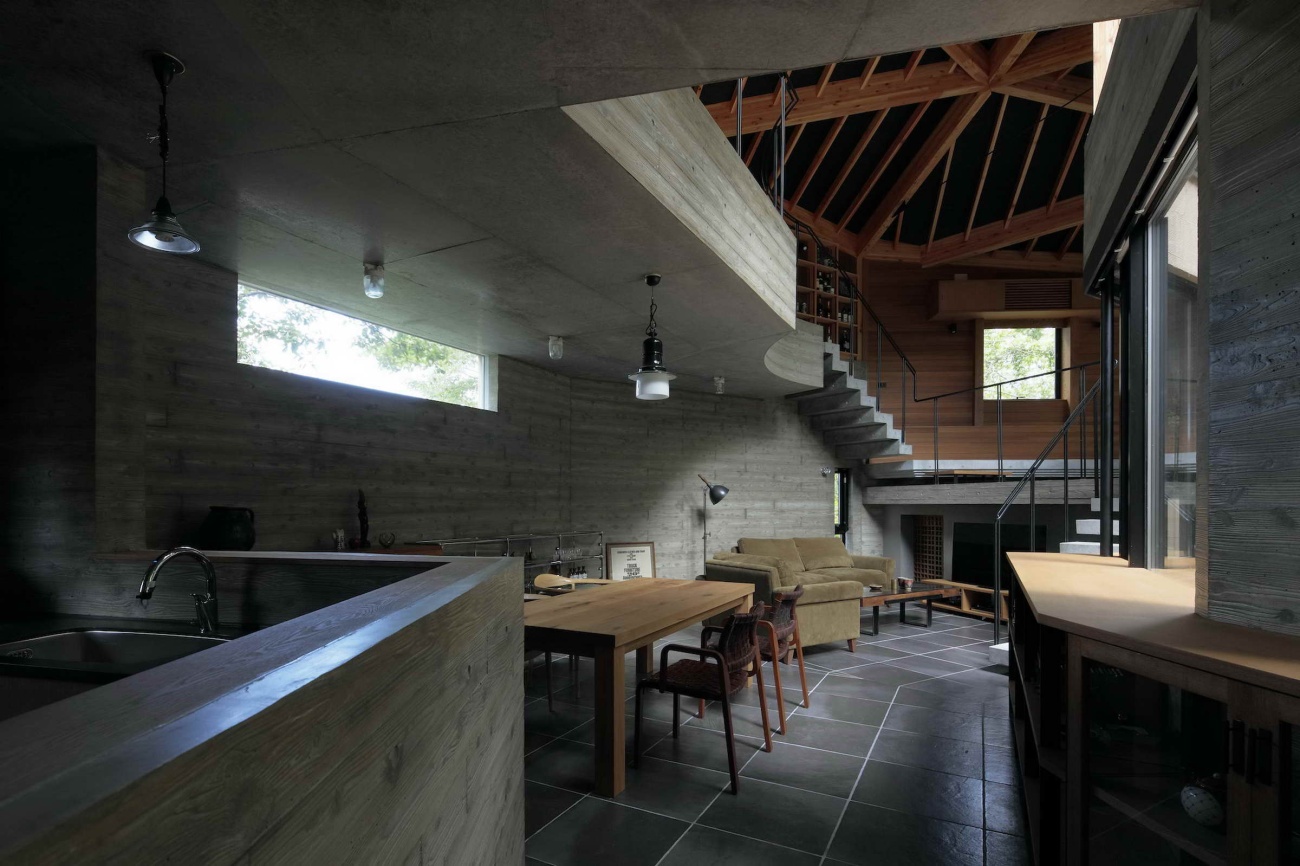 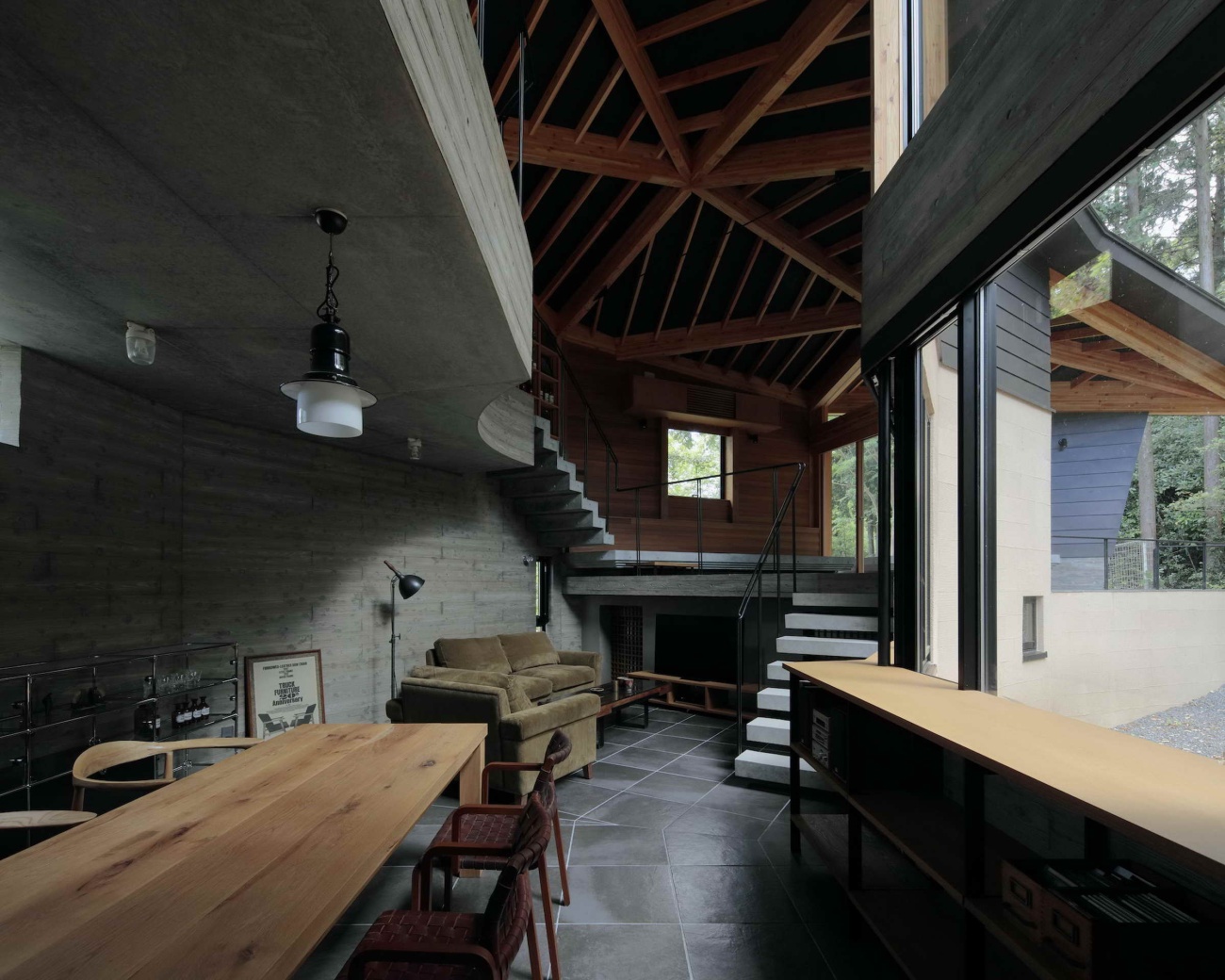 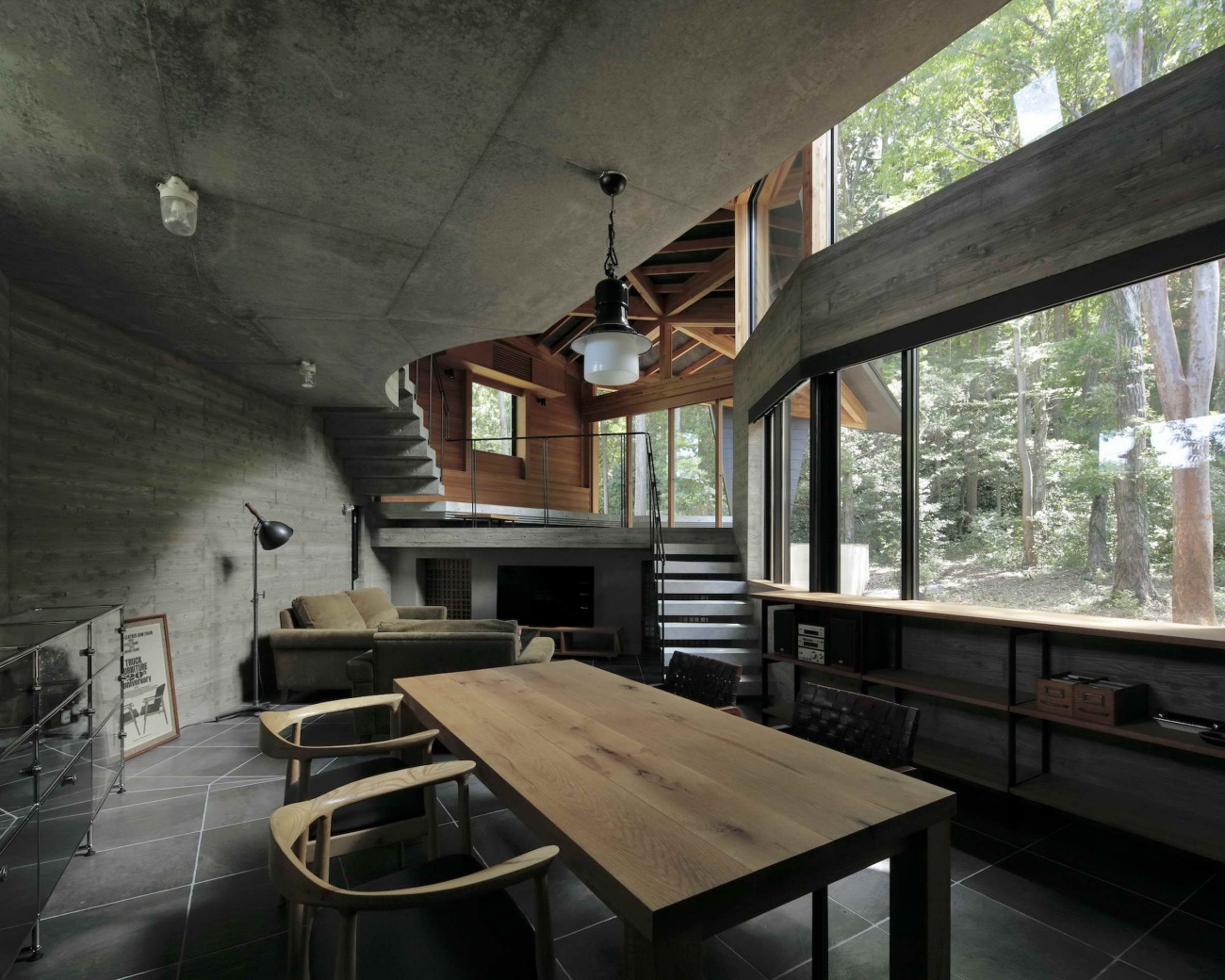 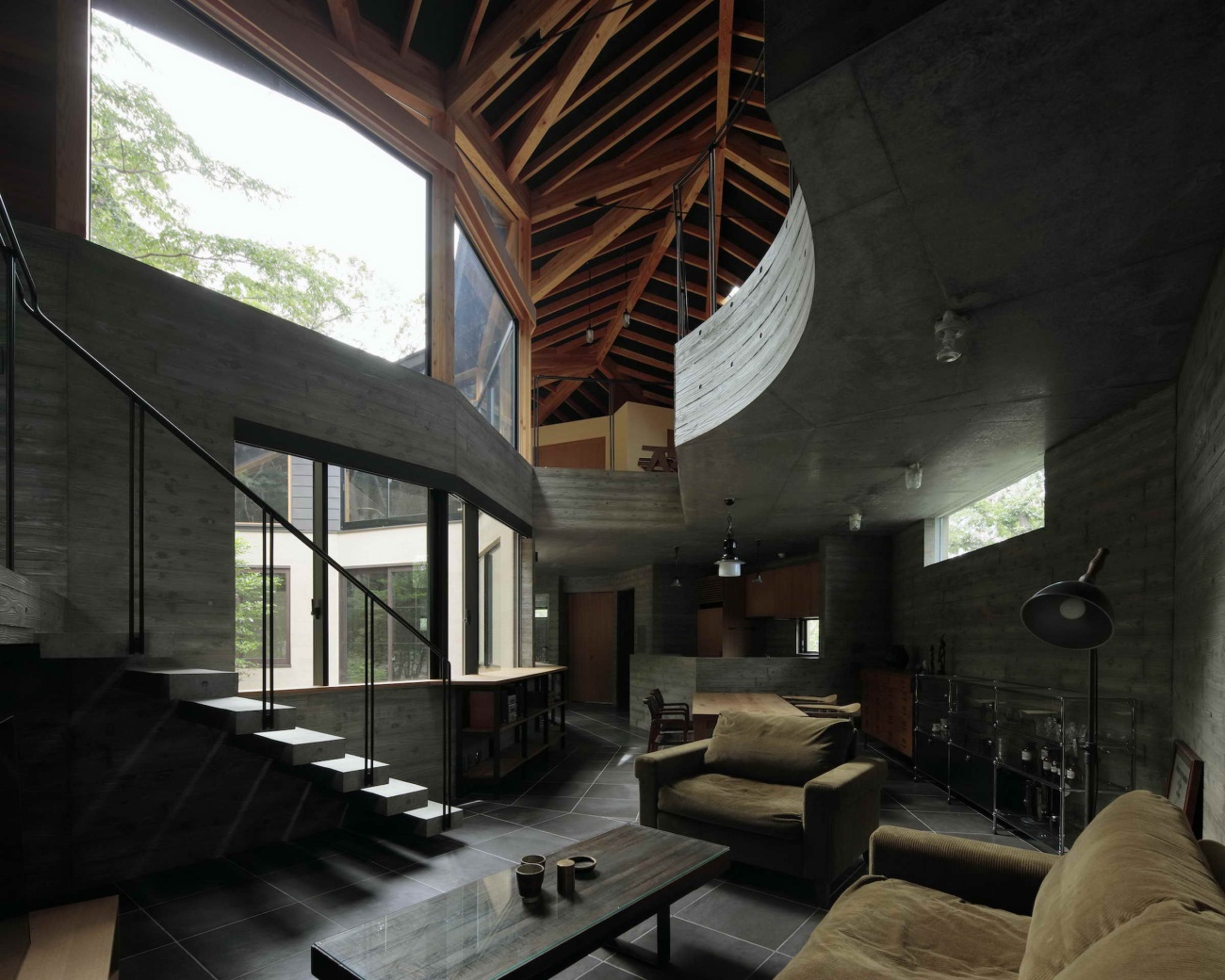 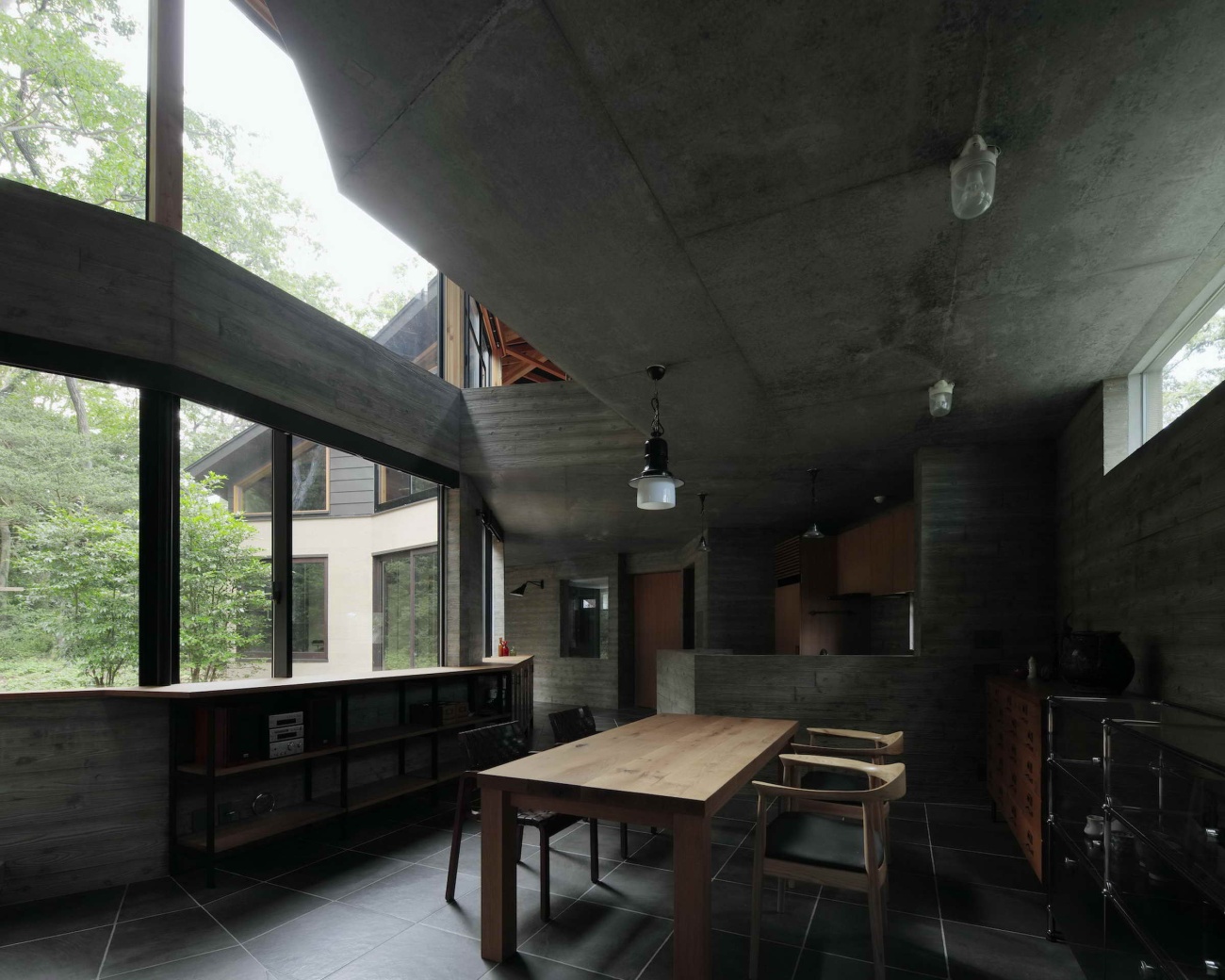 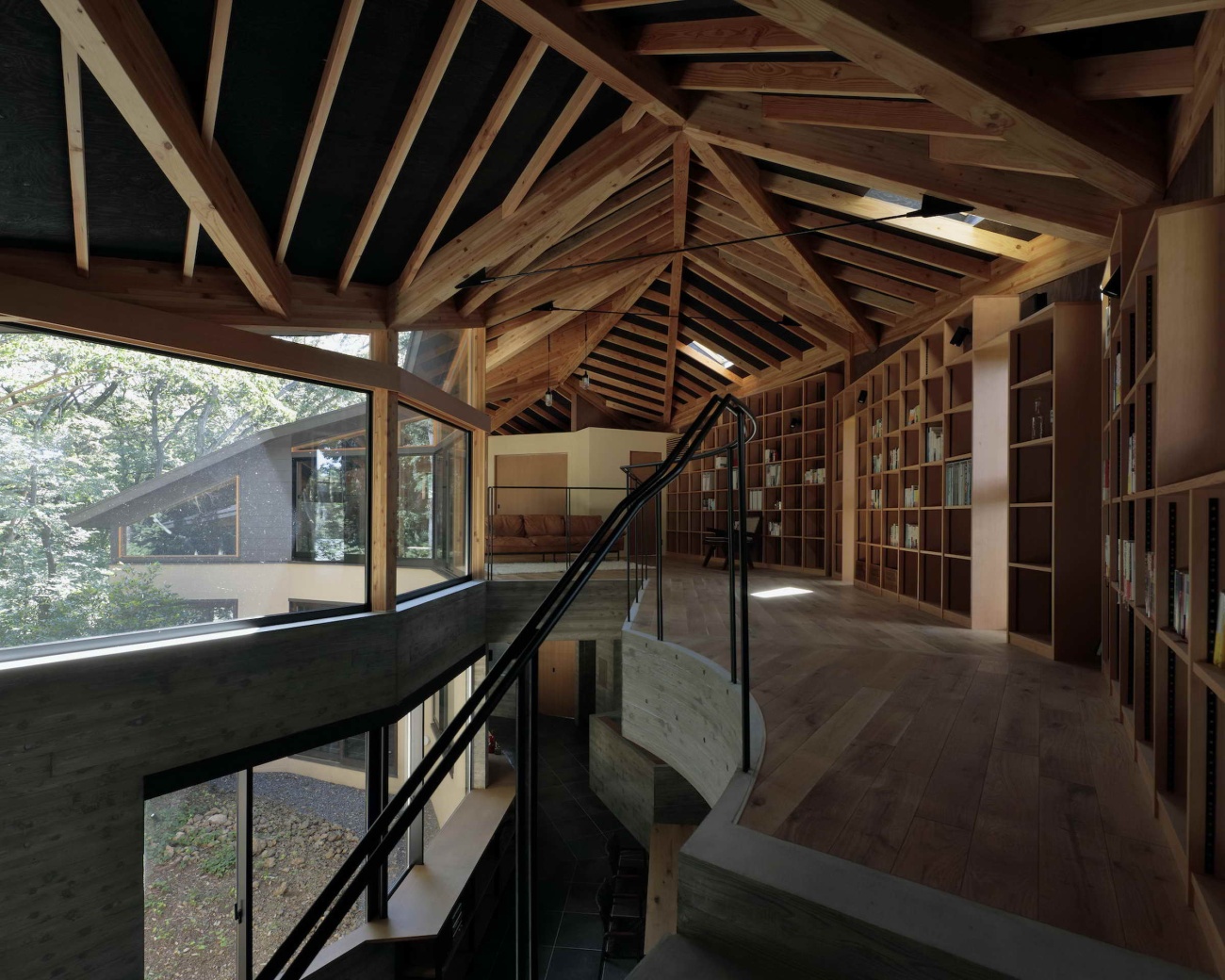 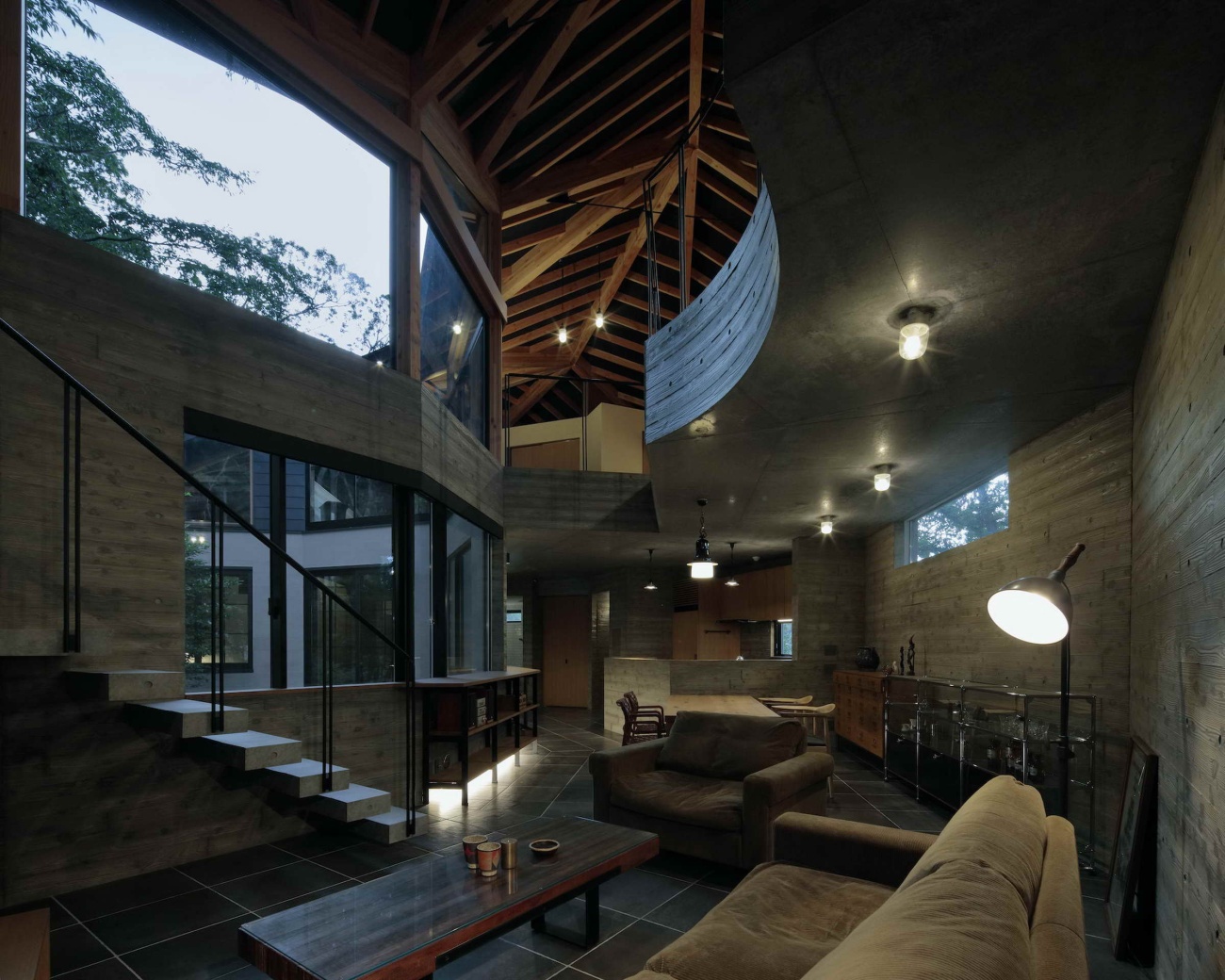 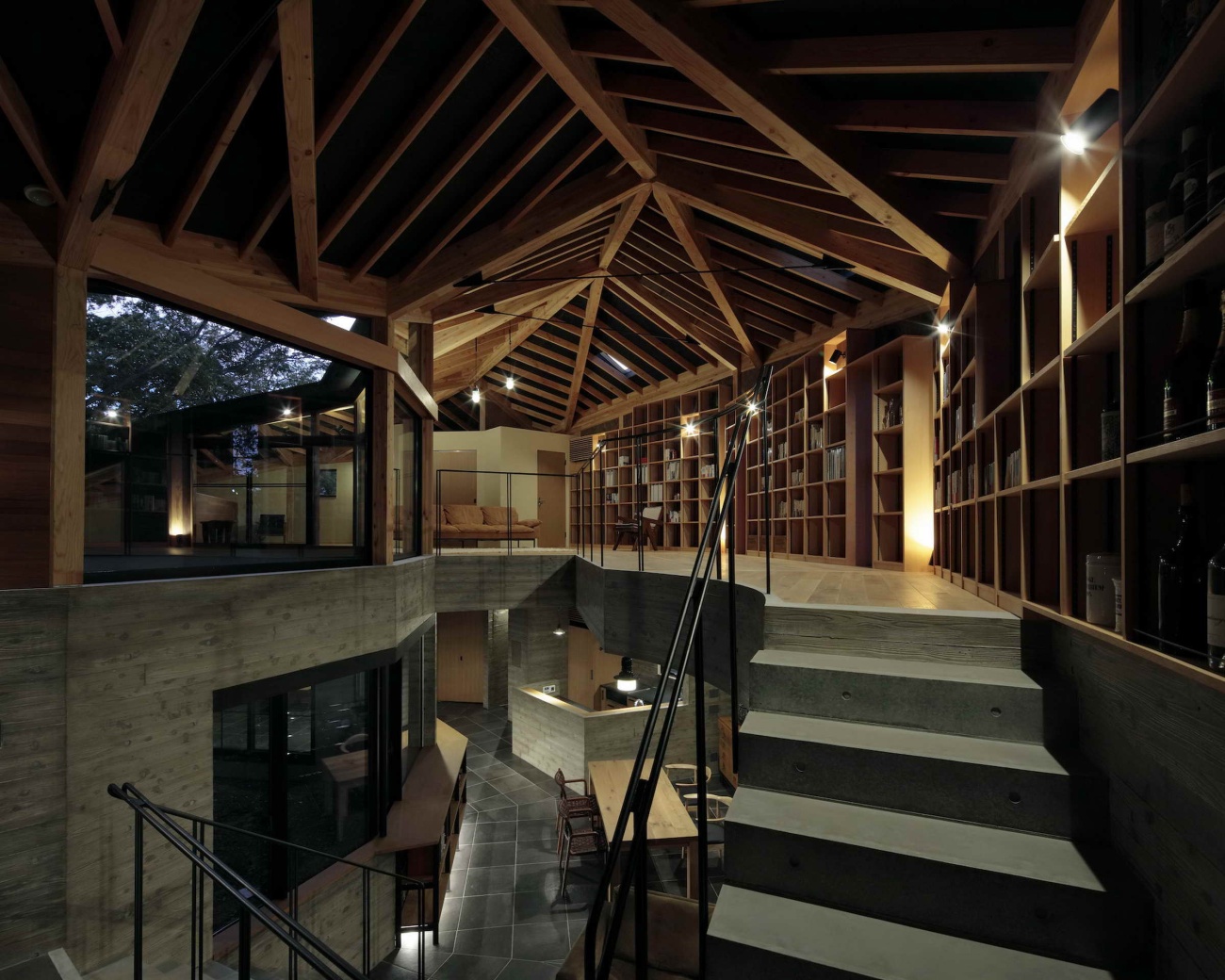 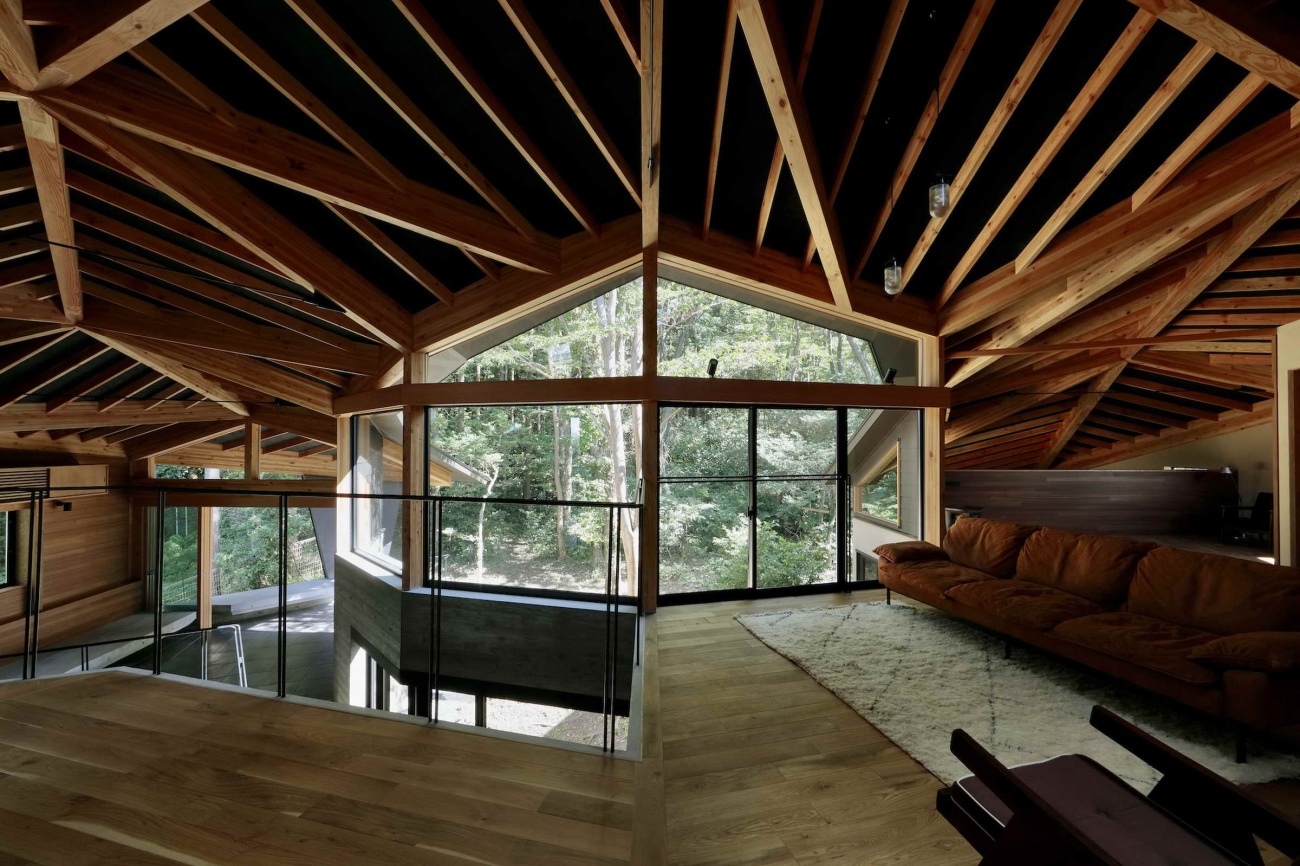 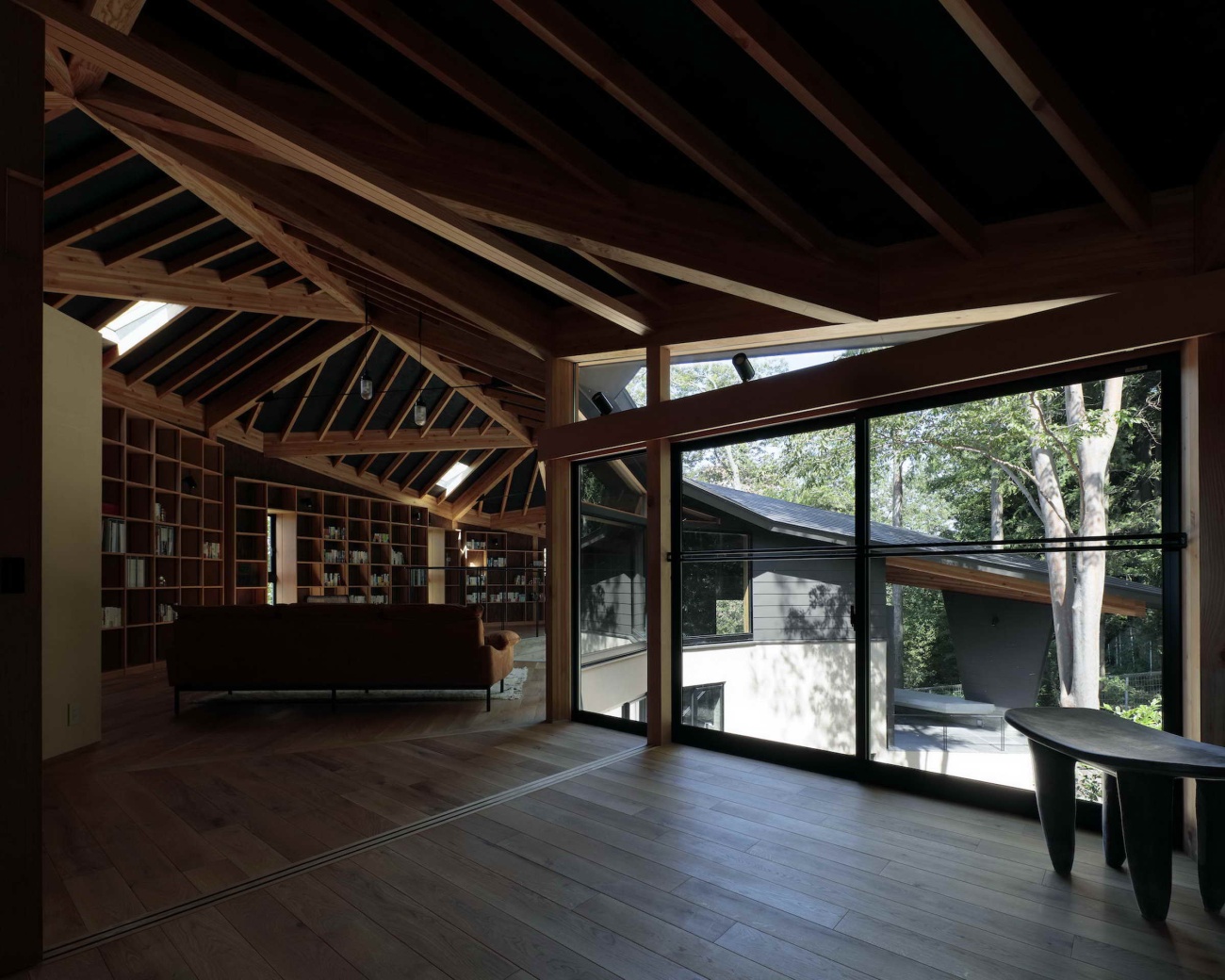 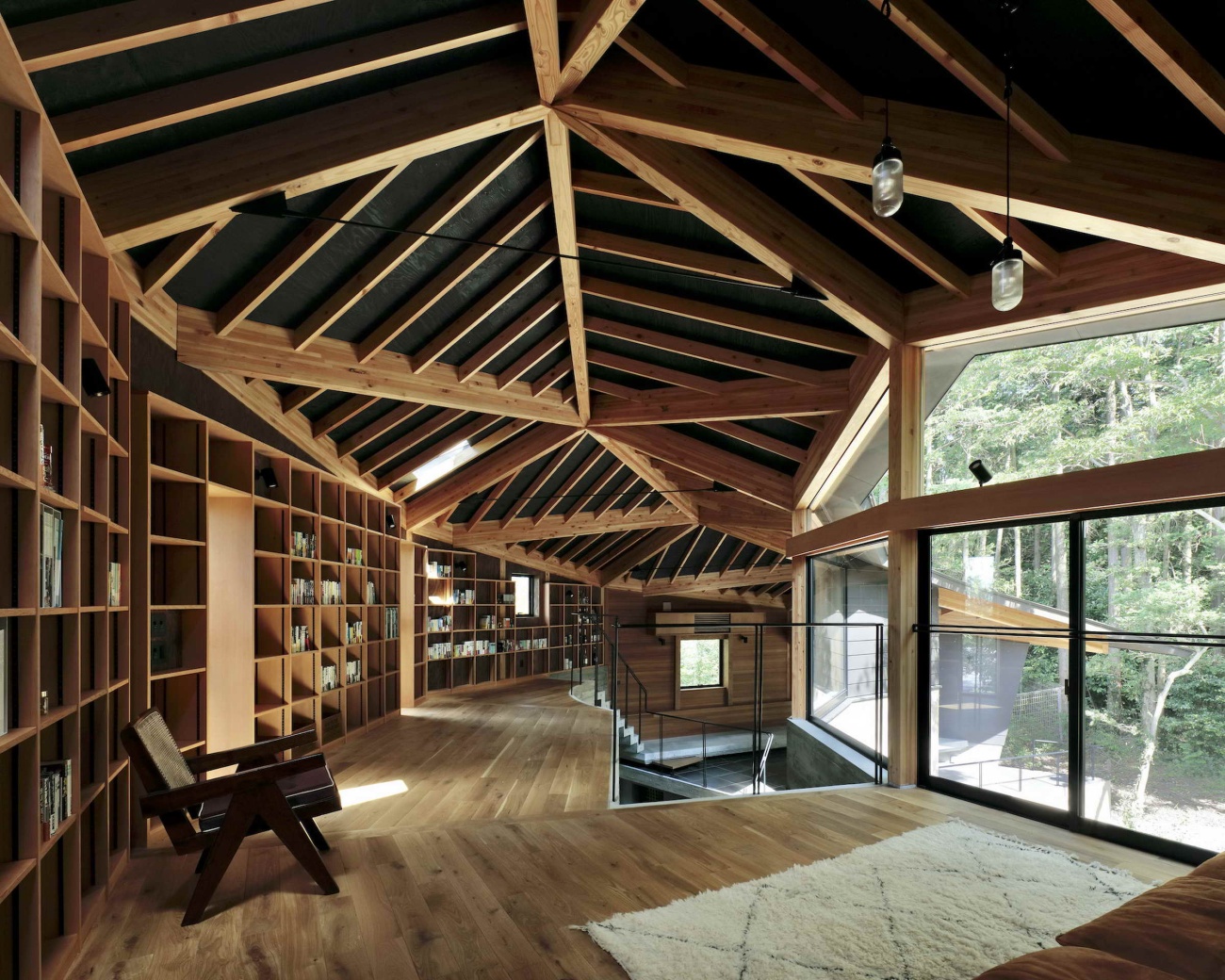 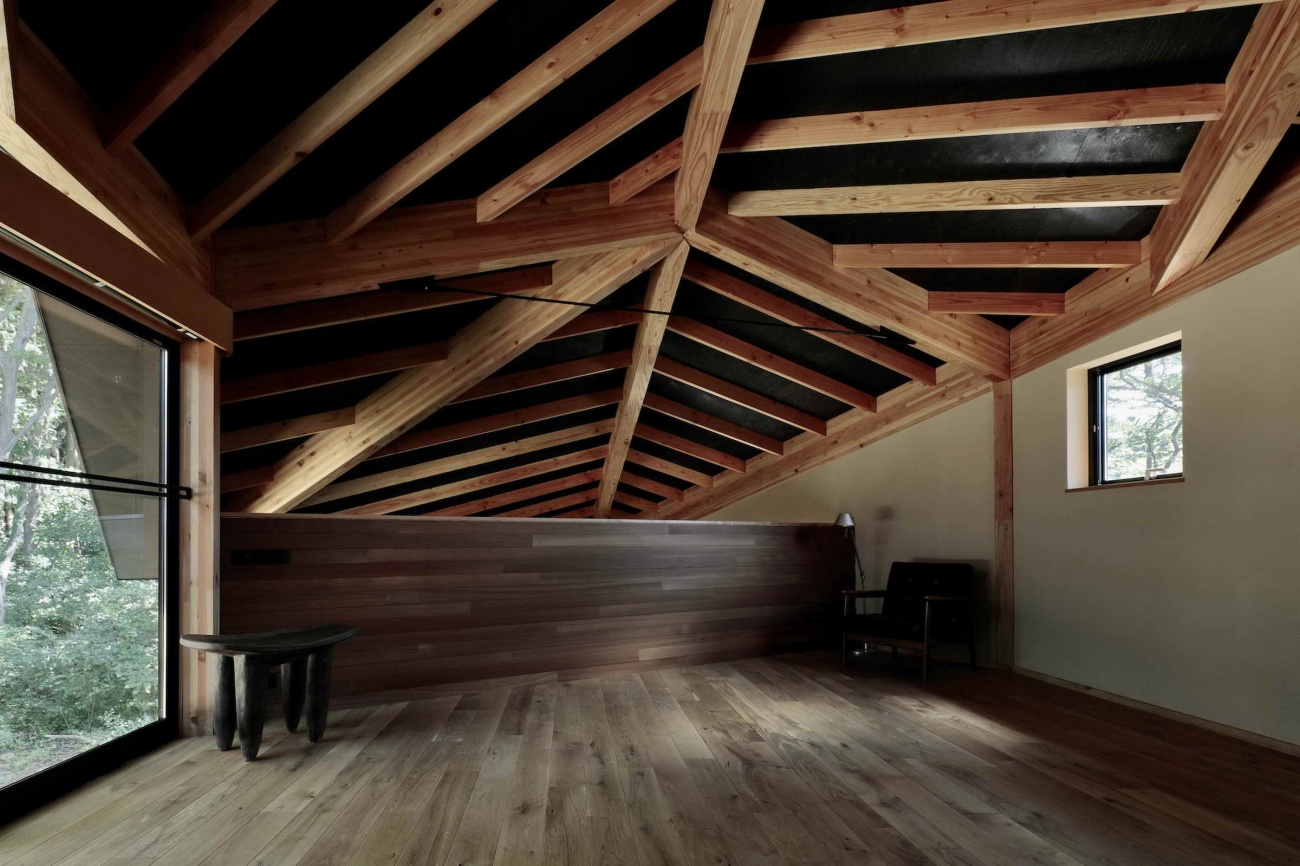 The name Phase Dance comes partly from our sense that the ongoing process of deciding how to respond to various phases or aspects of the project was a dance; partly from the building’s crescent-shaped form, which brings to mind the phases of the moon; and partly from the fact that we were inspired by the transparency and speed of guitarist Pat Metheny’s song of the same name. 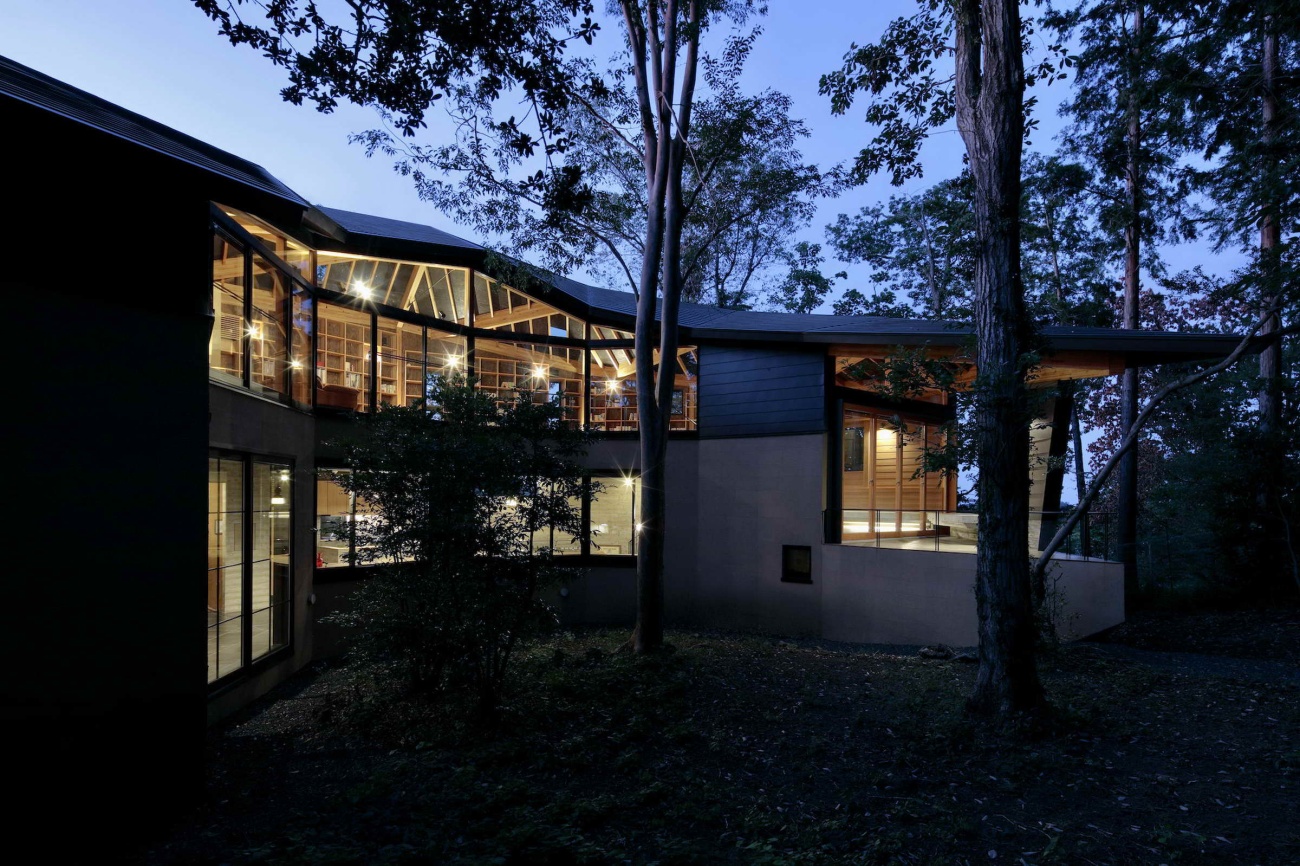