Yangpyeong-dong, one of the most active urban revitalization areas in recent years, is mostly semi-industrial, with factories that used to focus on steel and manufacturing, and features an aging residential area consisting of multi-family households. In these neighborhoods, Dots, a design company, wanted to remodel an old detached house and use it as its office building. 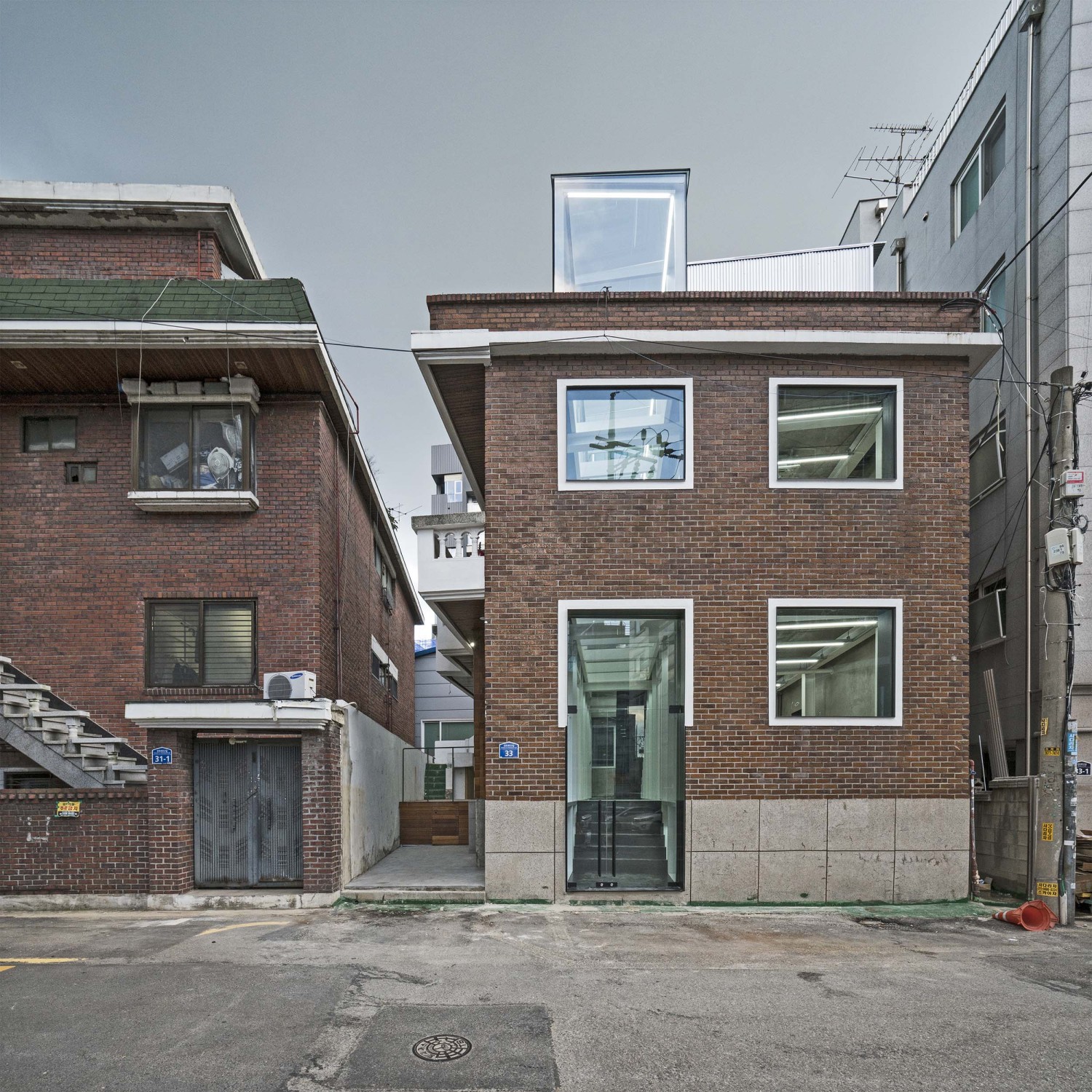 There were two main objectives of the project.

As a visual design company, frequent communication was an important value due to the nature of its work, and the visual sharing of various design processes by various members was also the company's long-standing culture. On the other hand, the condition of the existing building was that of the house, each floor being completely separated vertically, and space was divided into several small rooms within the floor. Also, the small floor area of each floor was a difficult condition for all members to work on one floor. 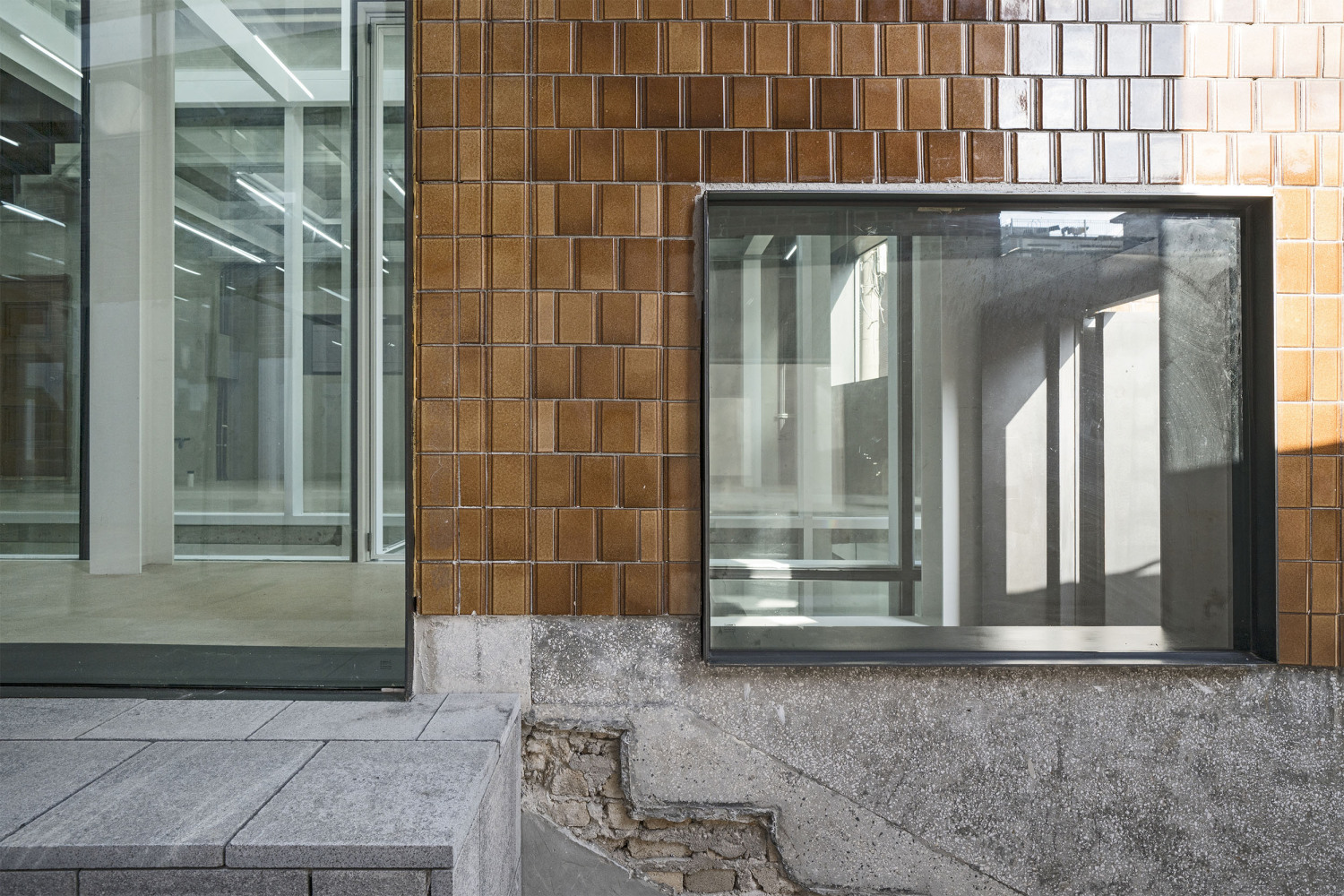 Thus, the first goal was to overcome the limitations of each floor floor, which is disconnected, compartmentalized, and has a small area, and to allow the entire company to use it as a single space. Therefore, it was intended to connect the four floors vertically from the basement to the top floor so that sunlight, eyes, sounds, and wind could pass through.To this end, the middle was emptied while maintaining the shape and outer shell of the building, and the stairs for people to go up and down from the basement to the third floor were constructed with minimal structure. Along with human movement, the space becomes a device that connects the entire four floors through gaze, light, wind, and sound. Through this space, you can see the sky from the basement, look down at someone from the third floor, and on the second floor, you can have a fantastic visual experience where you can overlap the sky that is reflected on the floor with the person downstairs. It is vertically separated by keeping people working on different floors in sight all the time, but can be joined together in a connected space. 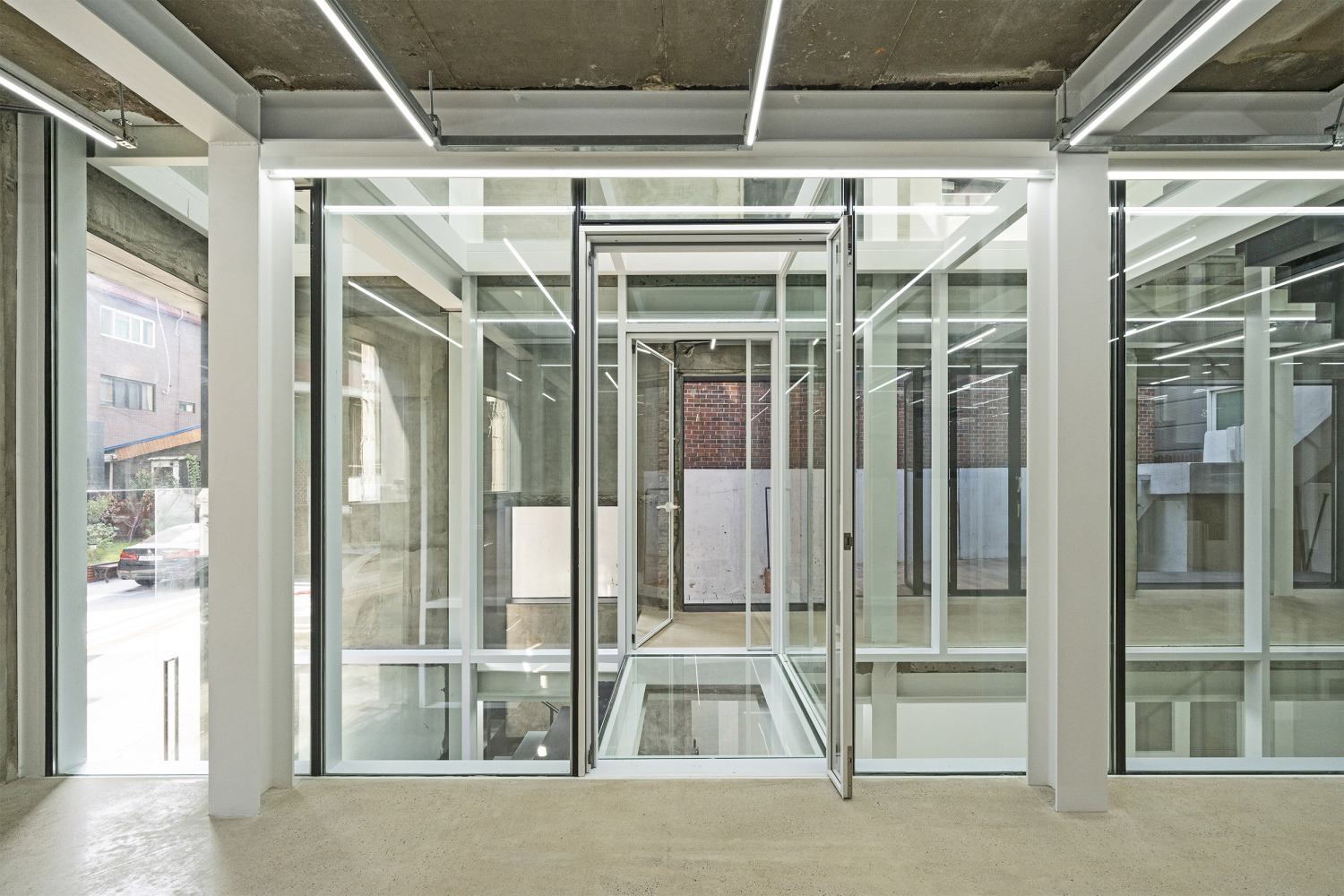 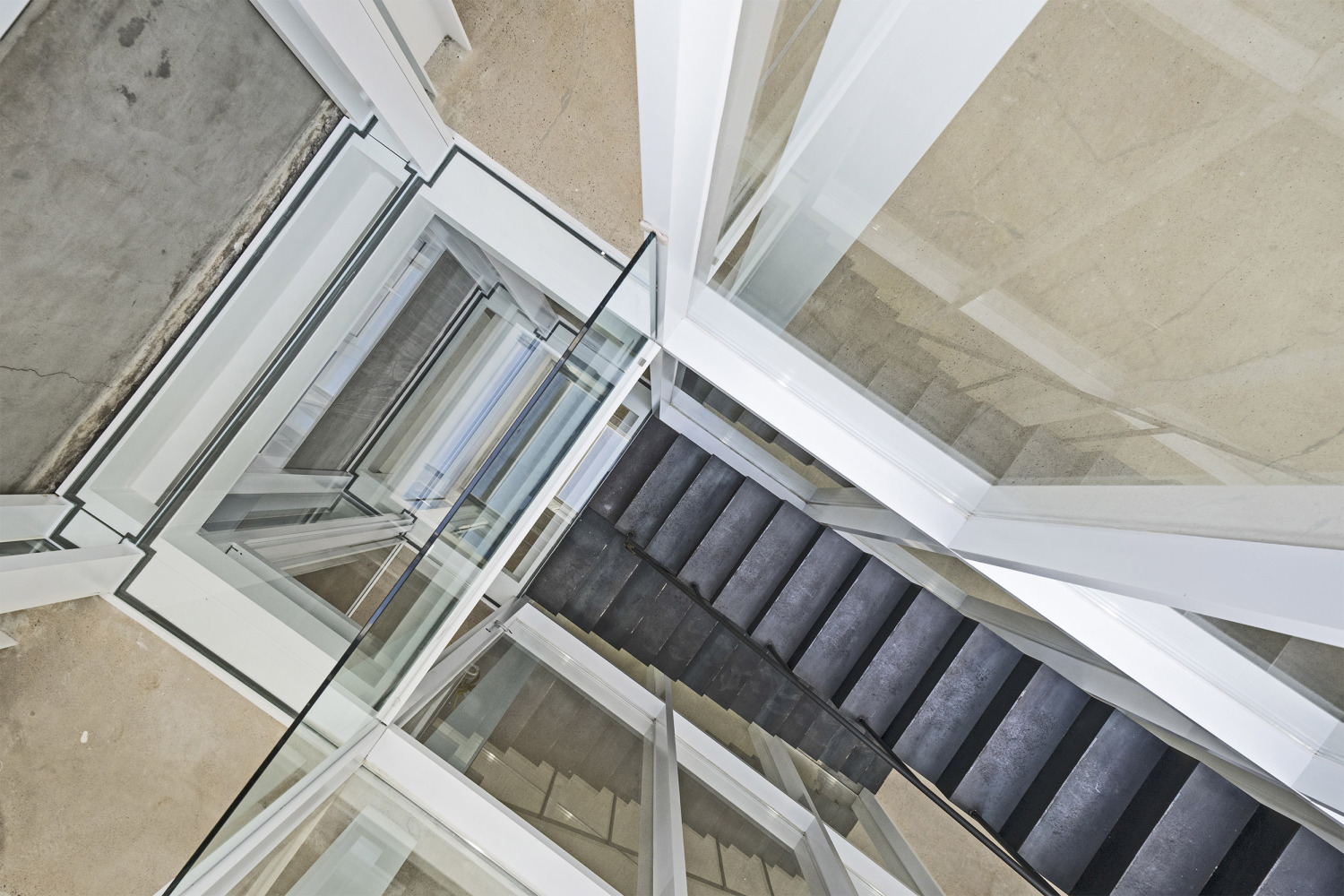 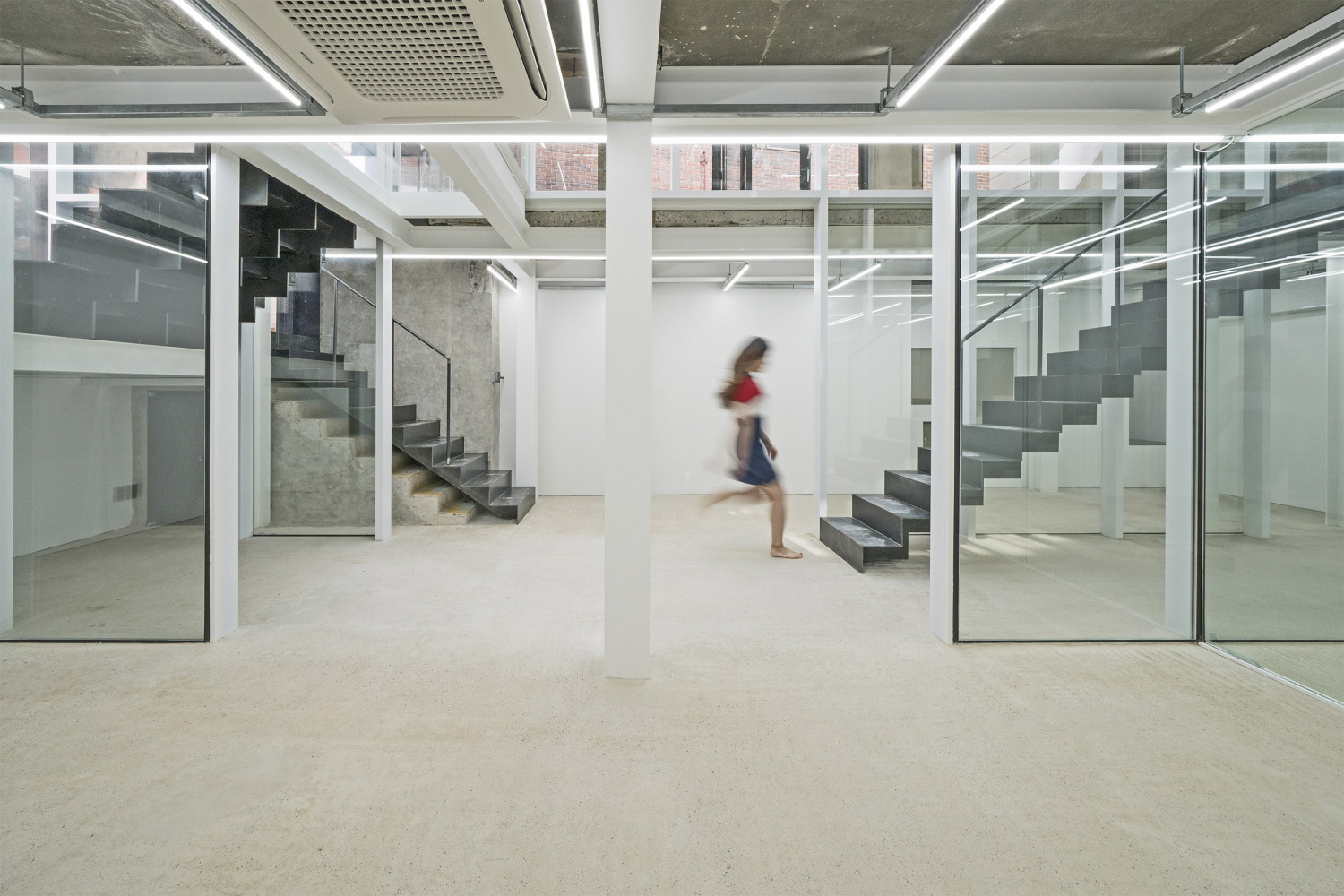 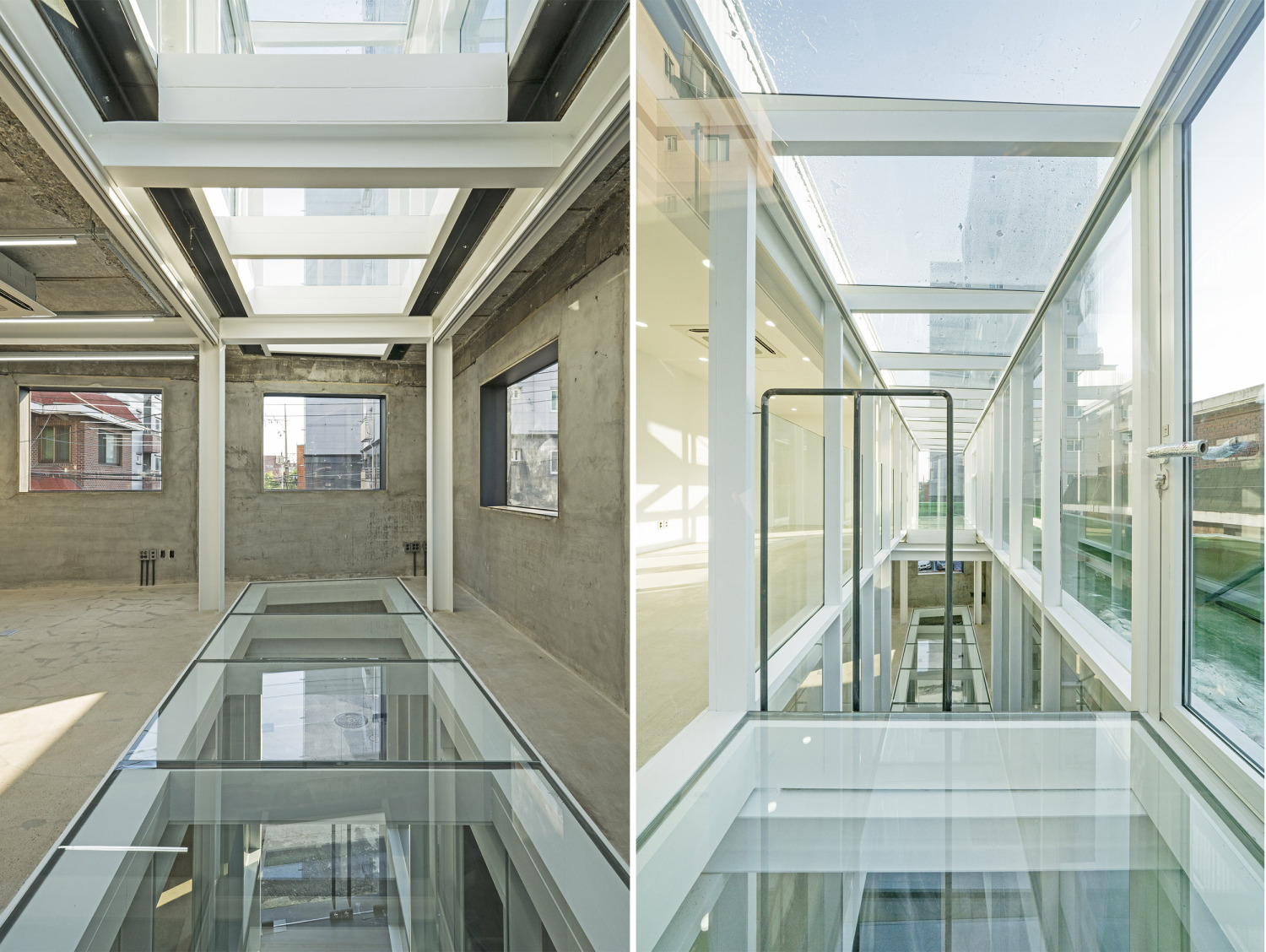 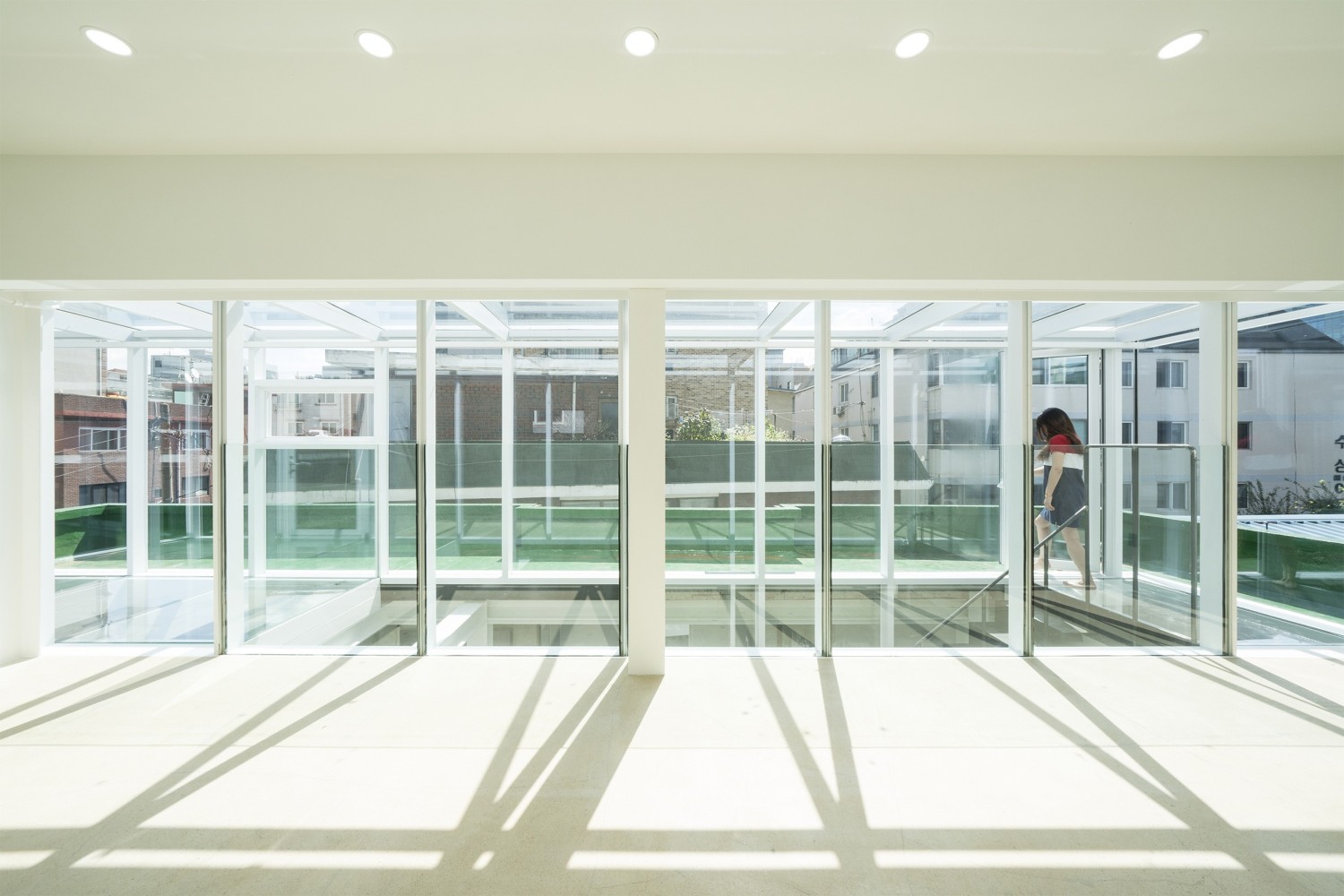 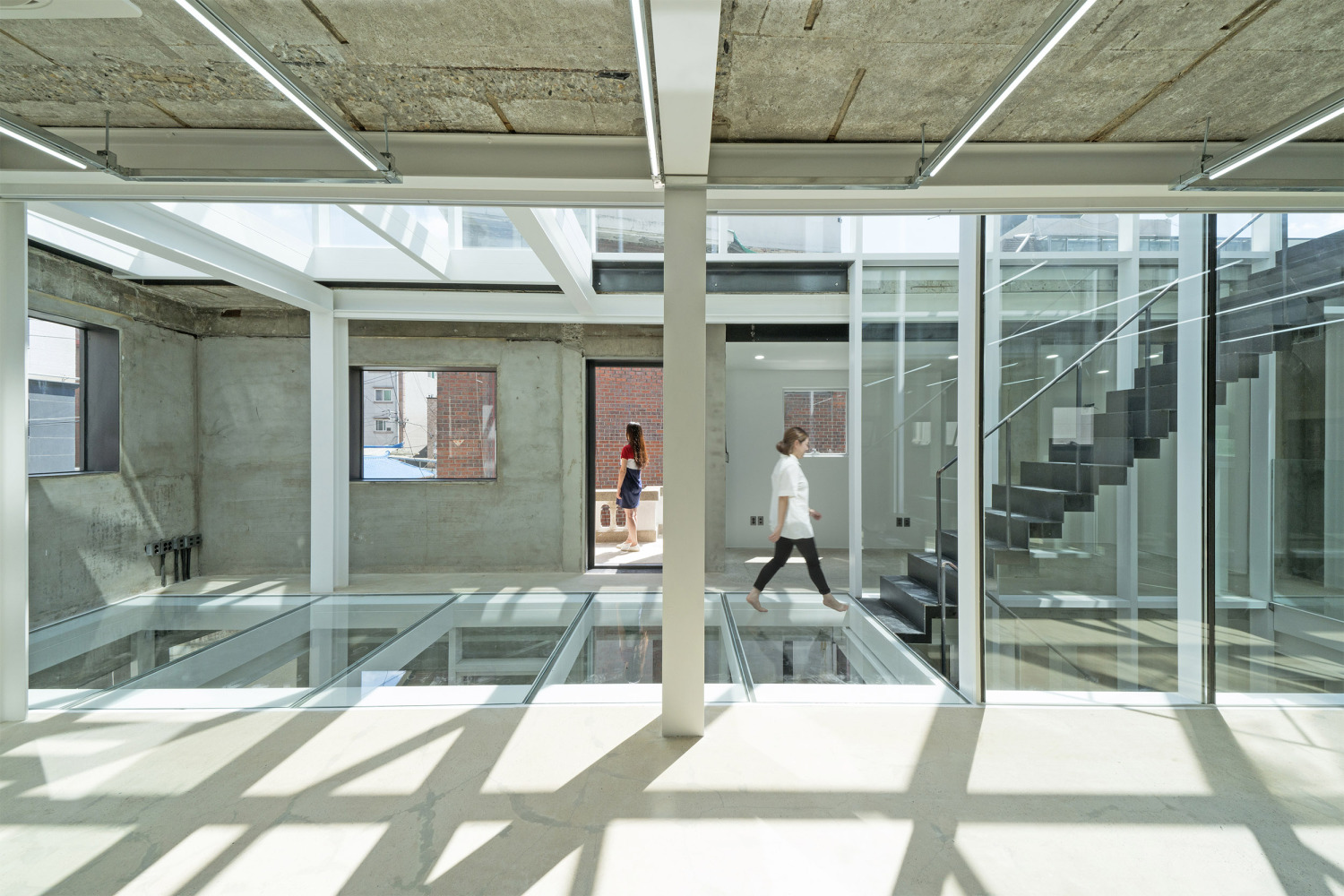 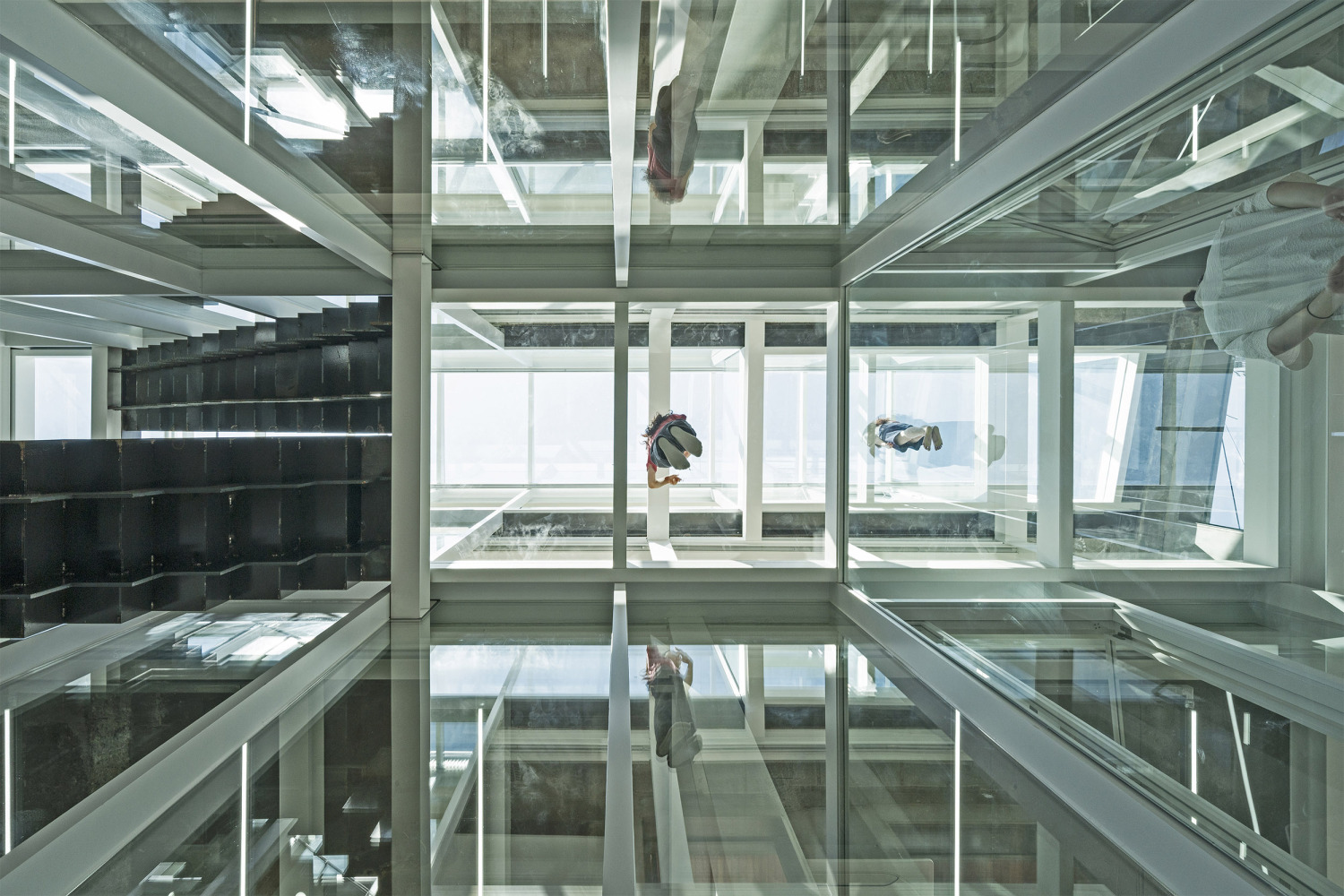 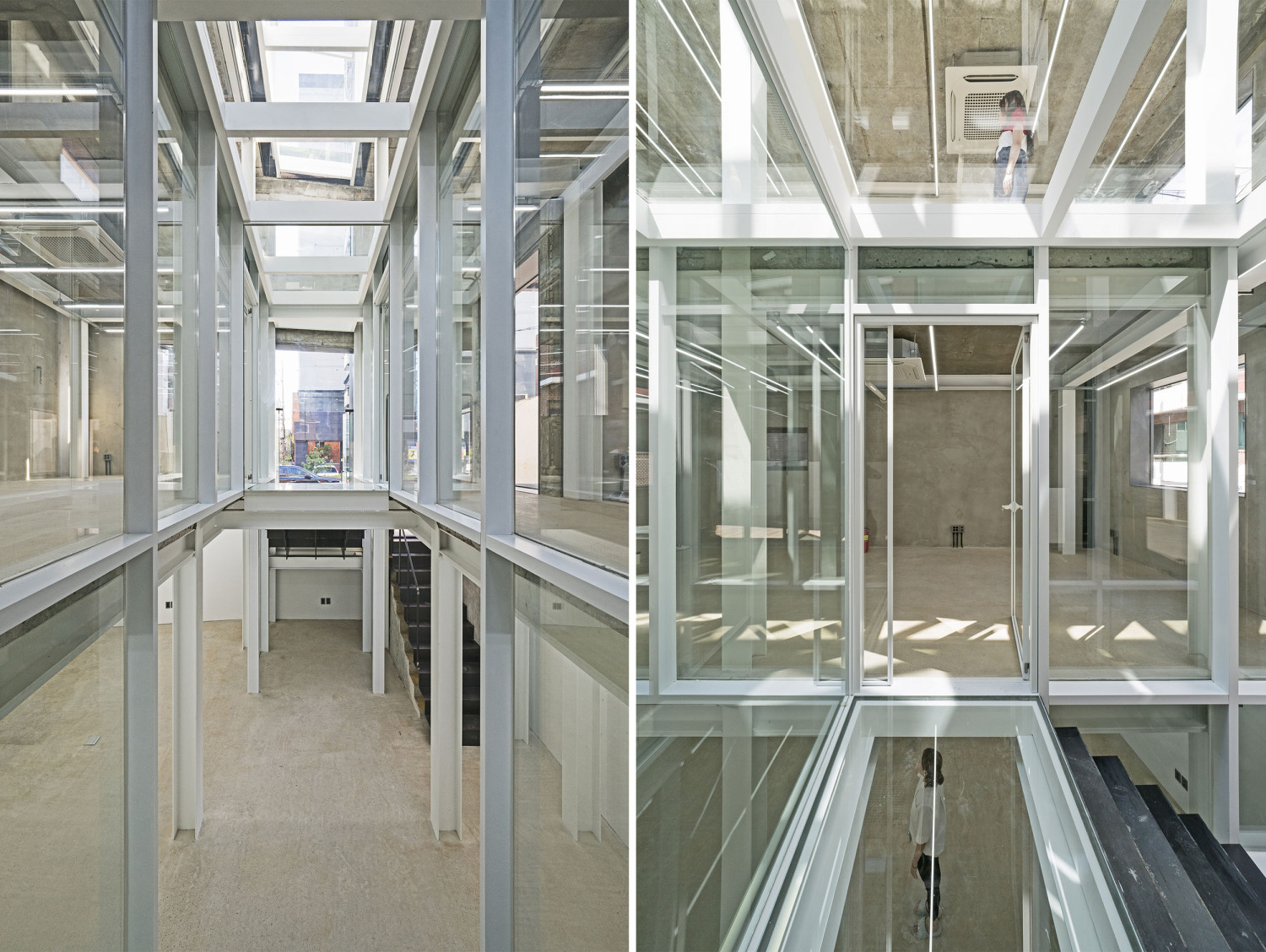 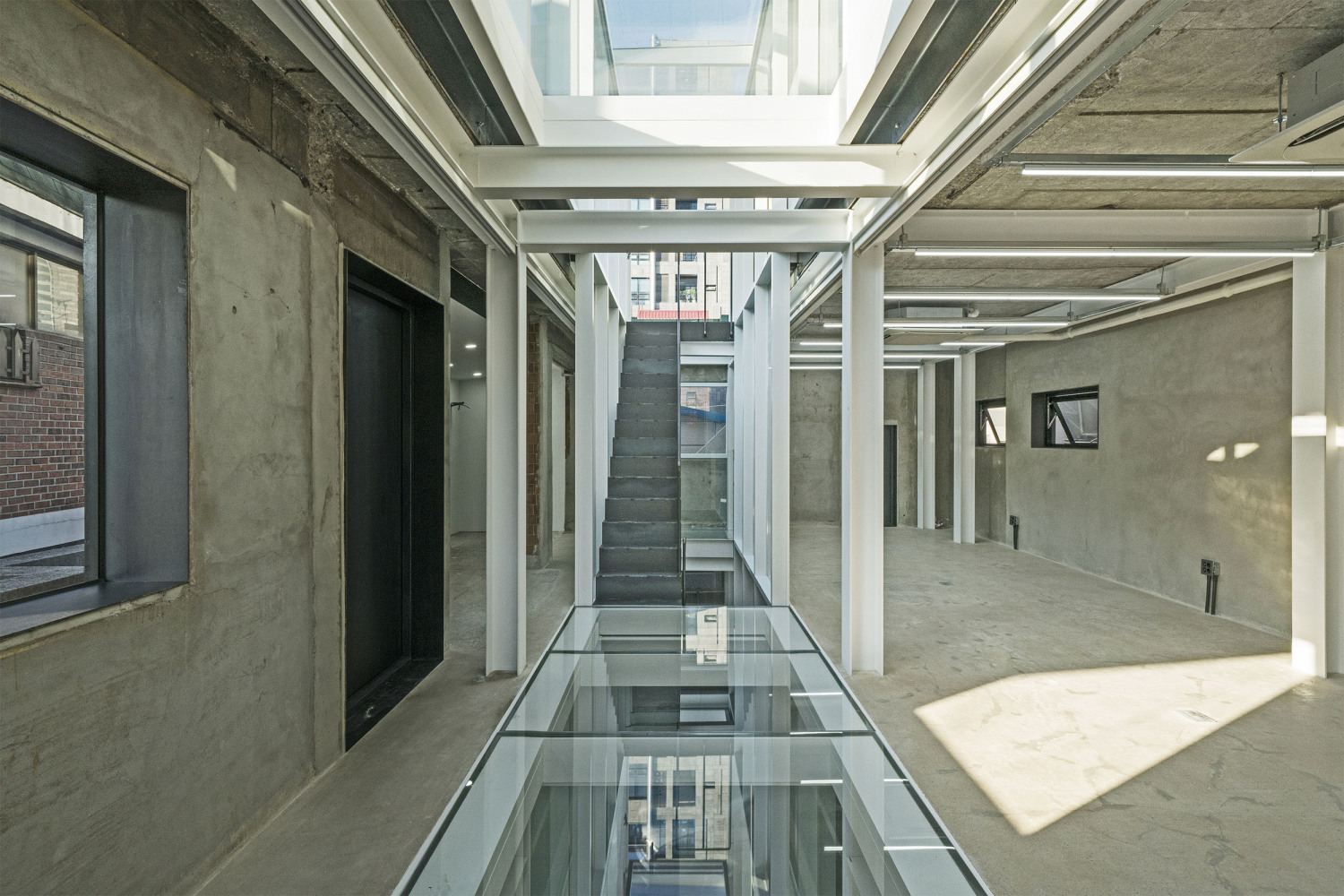 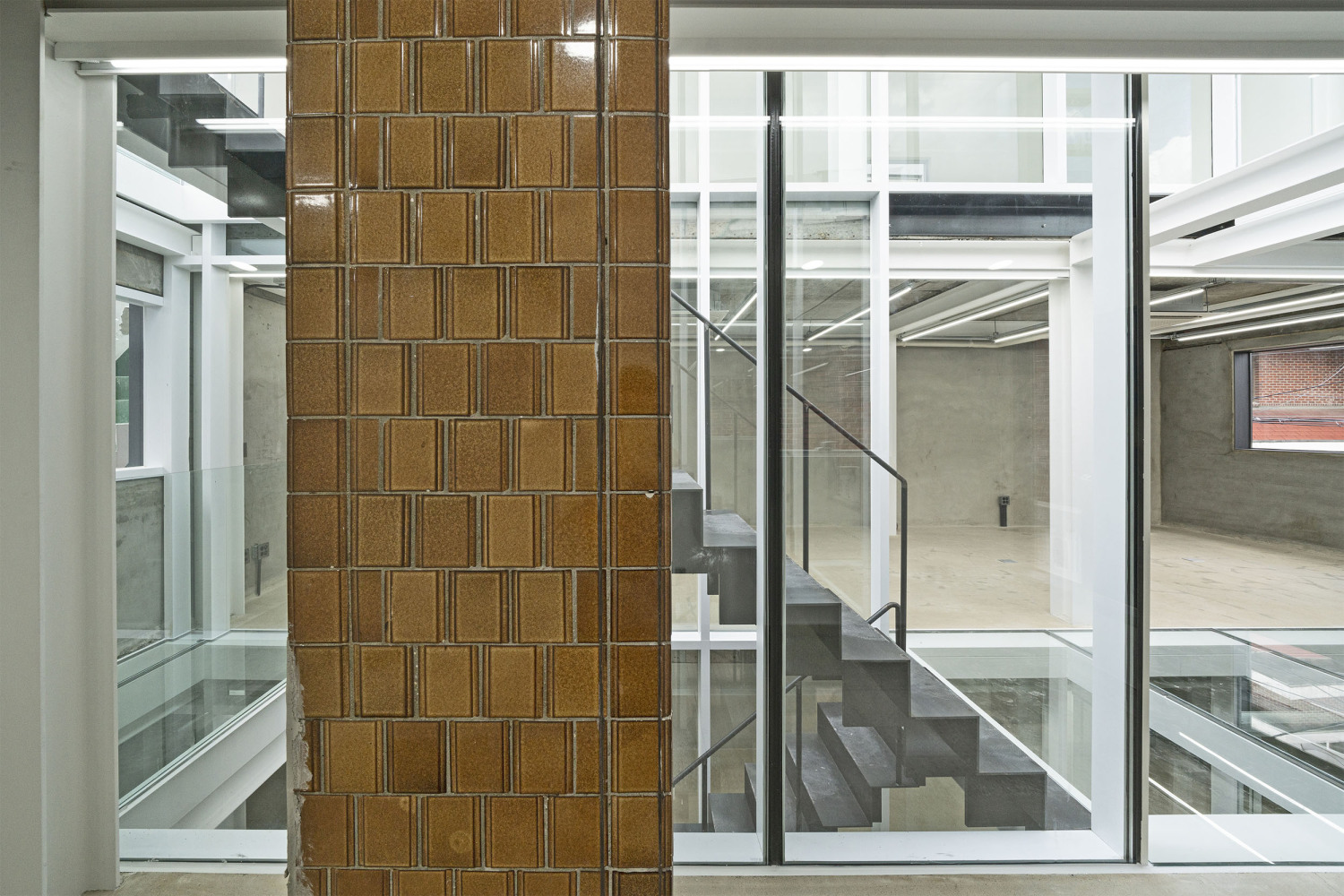 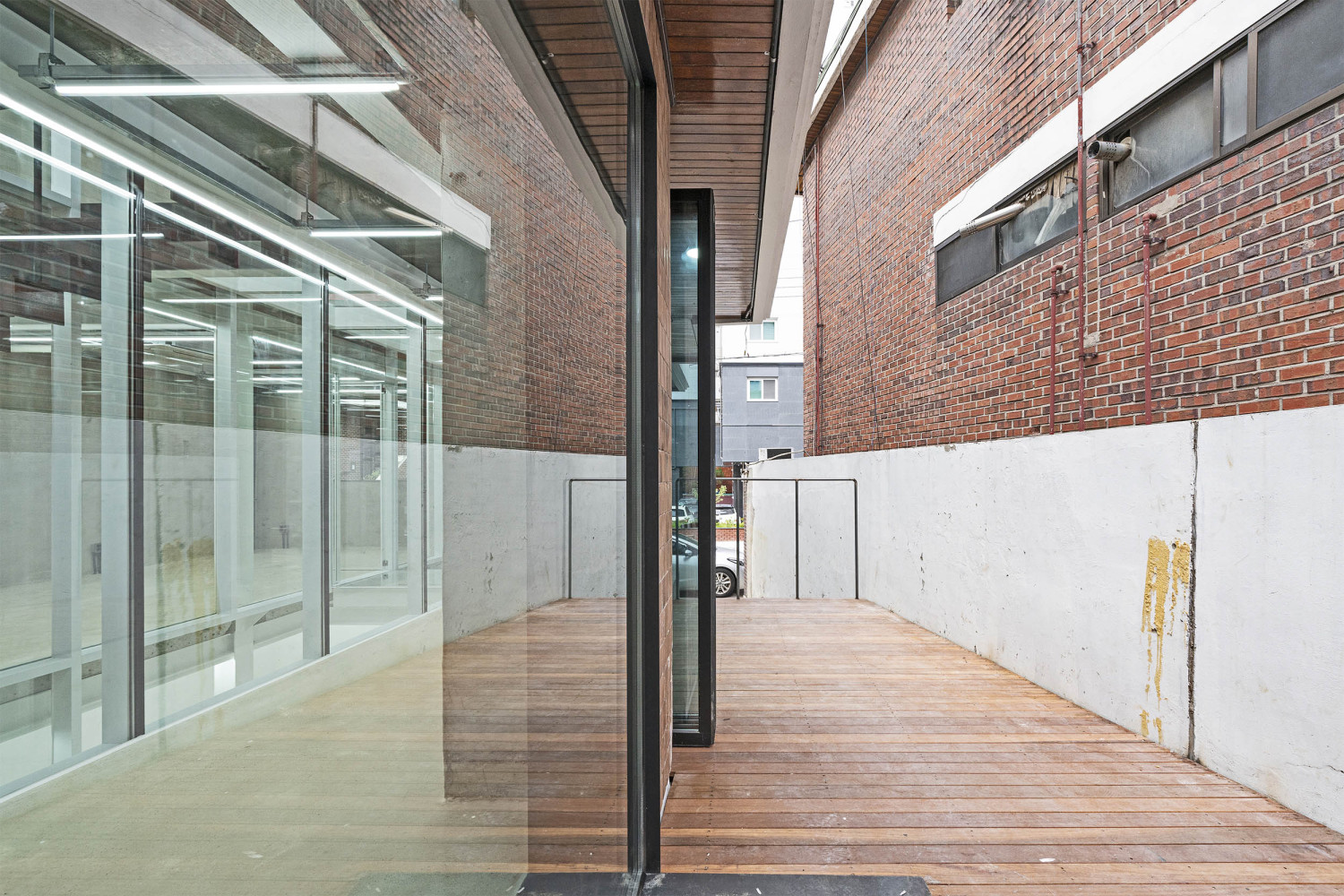 The second was to coexist the past and present of the building in a way that maximizes the contrast between the two, adding new structures and materials to the existing building. Buildings have been used without major changes for decades since they were built, so the original materials remained almost the same inside and outside. Therefore, the interior space should be constructed to suit the new function, but by putting the interior as it is in the existing outer shell as much as possible, it was intended to coexist the two main points of creation and change of the building. In addition, in the process of creating interior space, we intend to contrasted and co-existed between existing materials such as bricks, cement, and new materials such as glass and steel frames, to expose the harmony and tension between them. This is a characteristic that connects with Dotz's character as a design company, which always has to think about newness and human emotions. 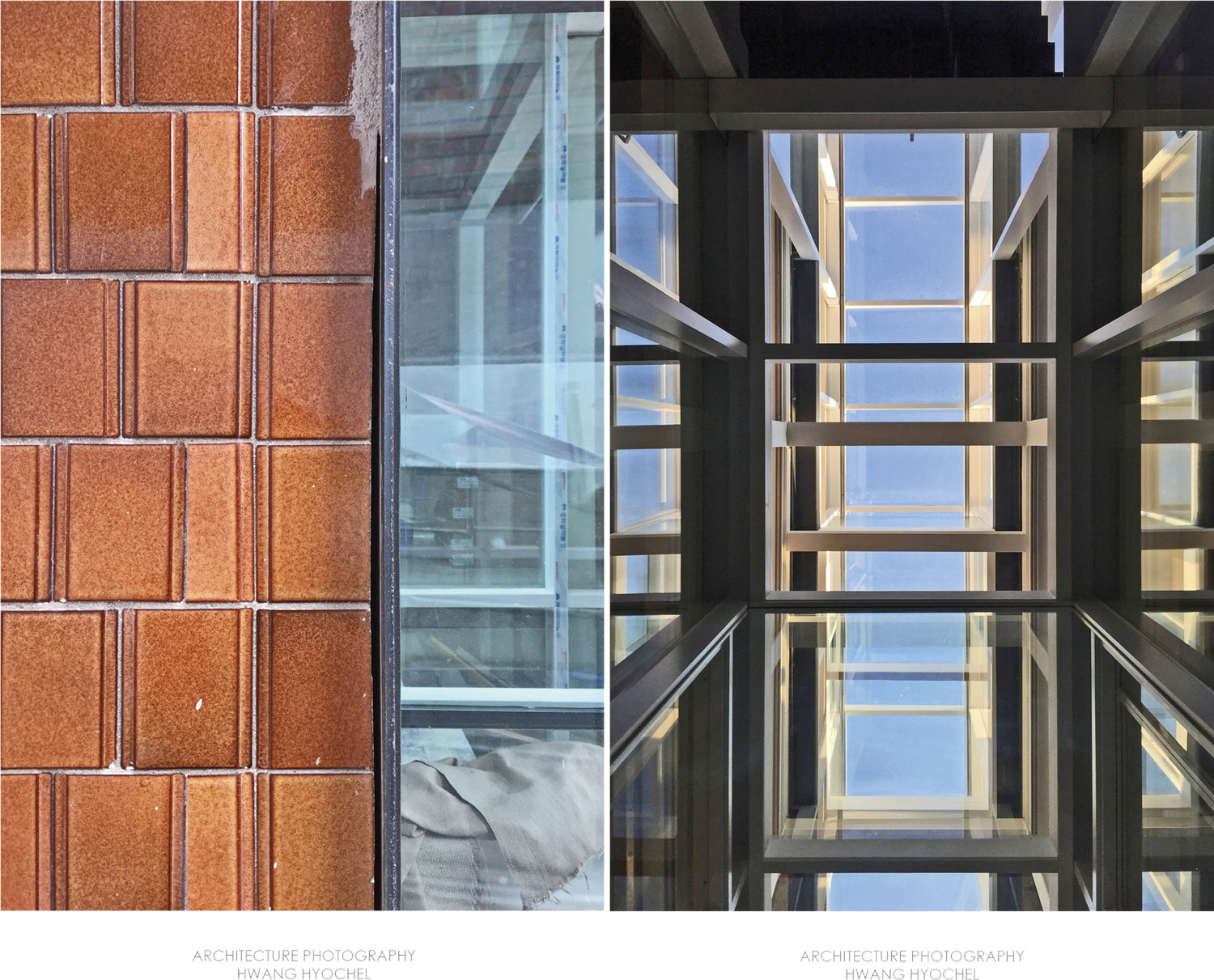 It was a very difficult task to actually split the building in two with only its outer shell left and insert the steel structure, glass wall, and floor in between. However, through this empty space, builders can capture many things simultaneously across all four floors, including changes in weather and abundance of nature, scenery of surrounding alleys, and intense energy taking place on each floor, and always have new visual stimuli through the fantastic images they create as they overlap each other. Experiencing everyday things in a new way is the value that Dots and we thought together. 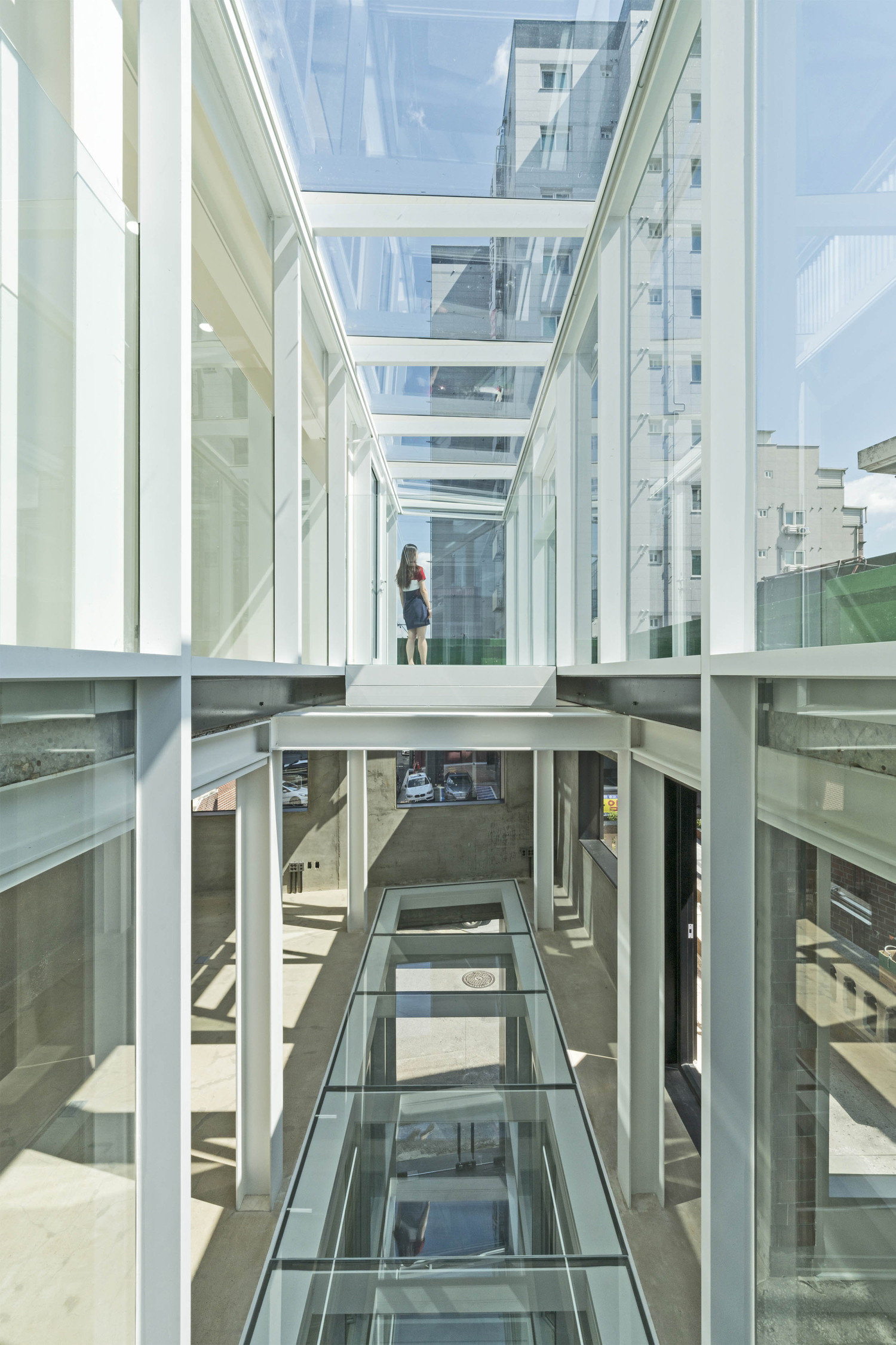 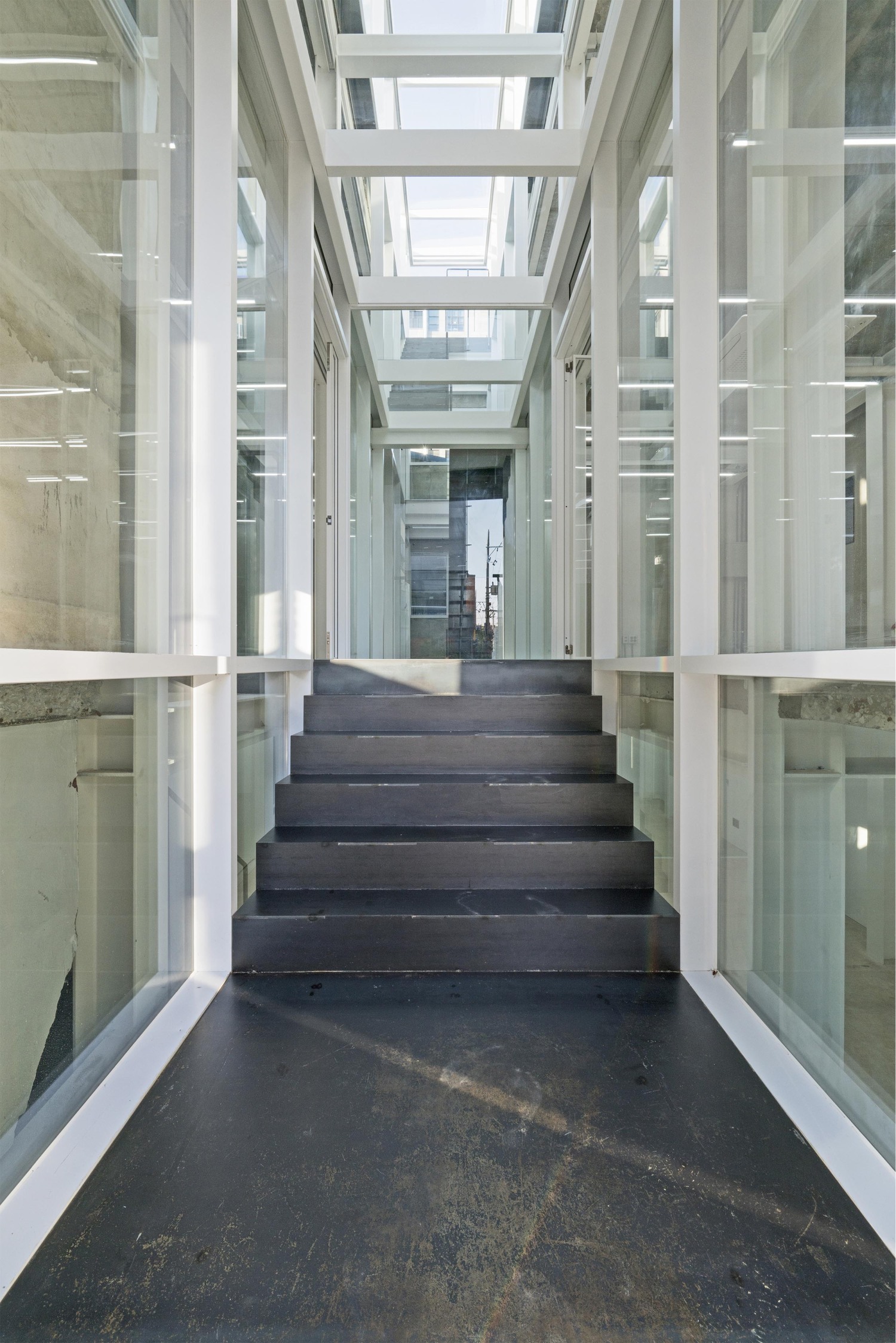 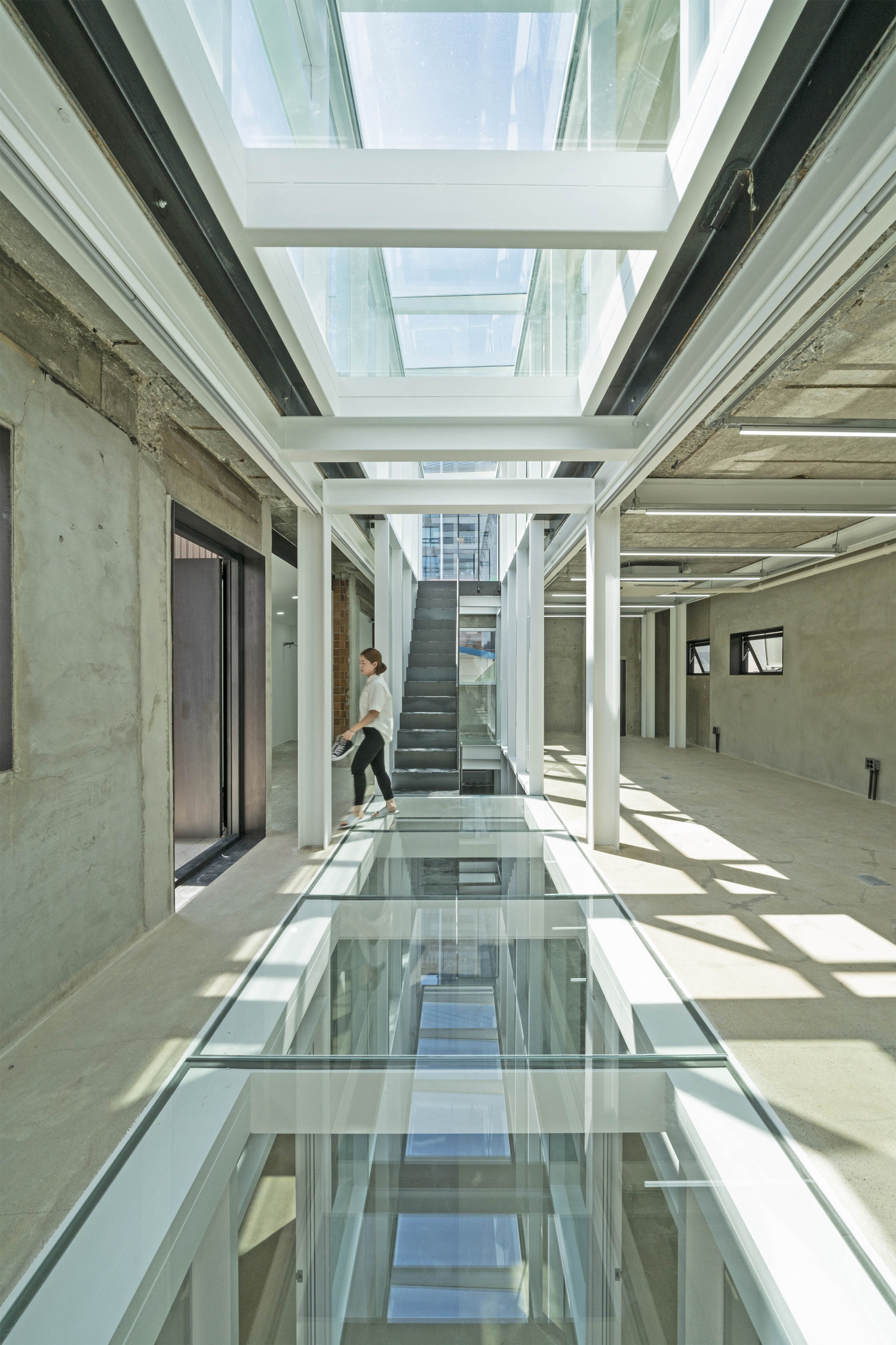 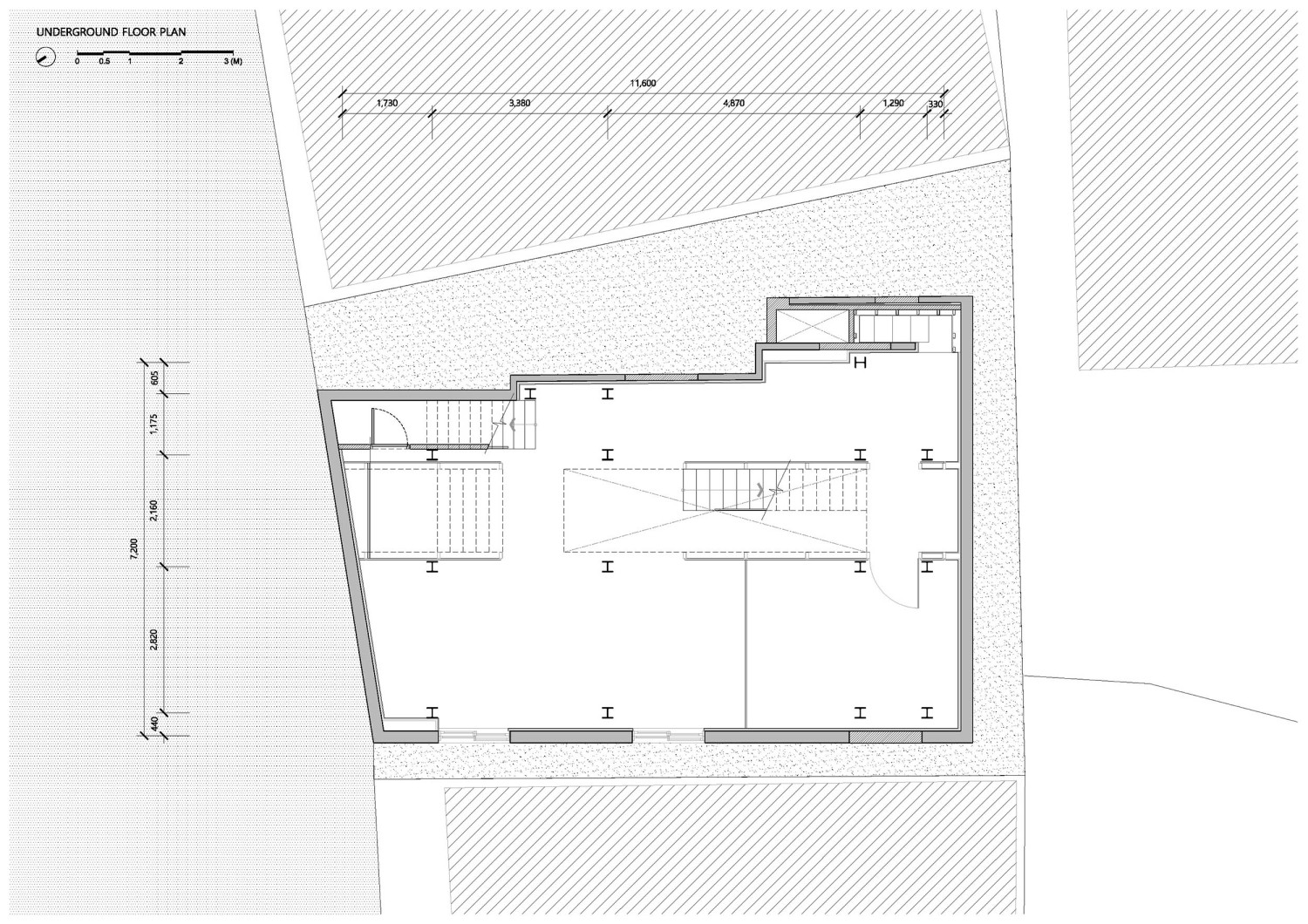 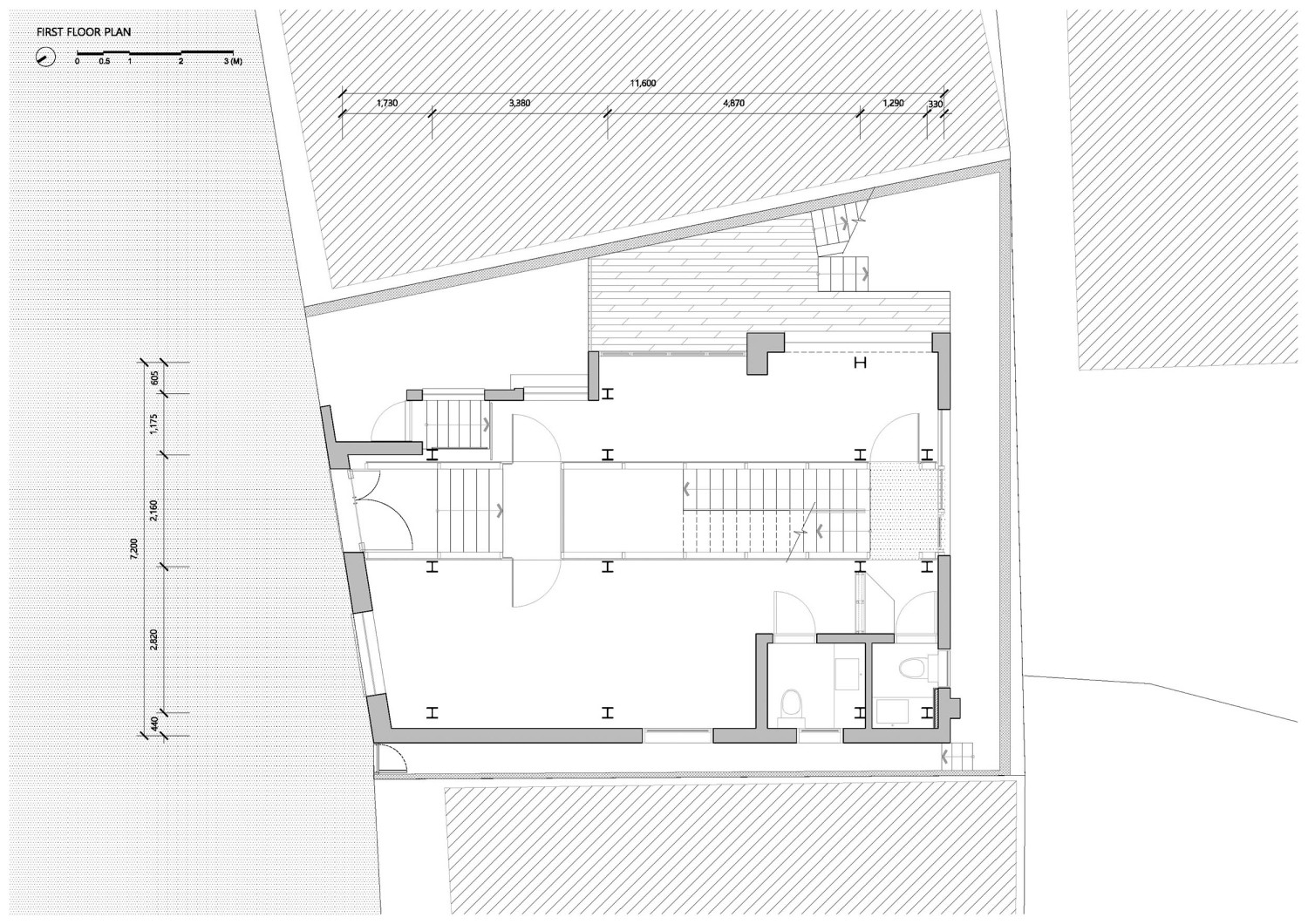 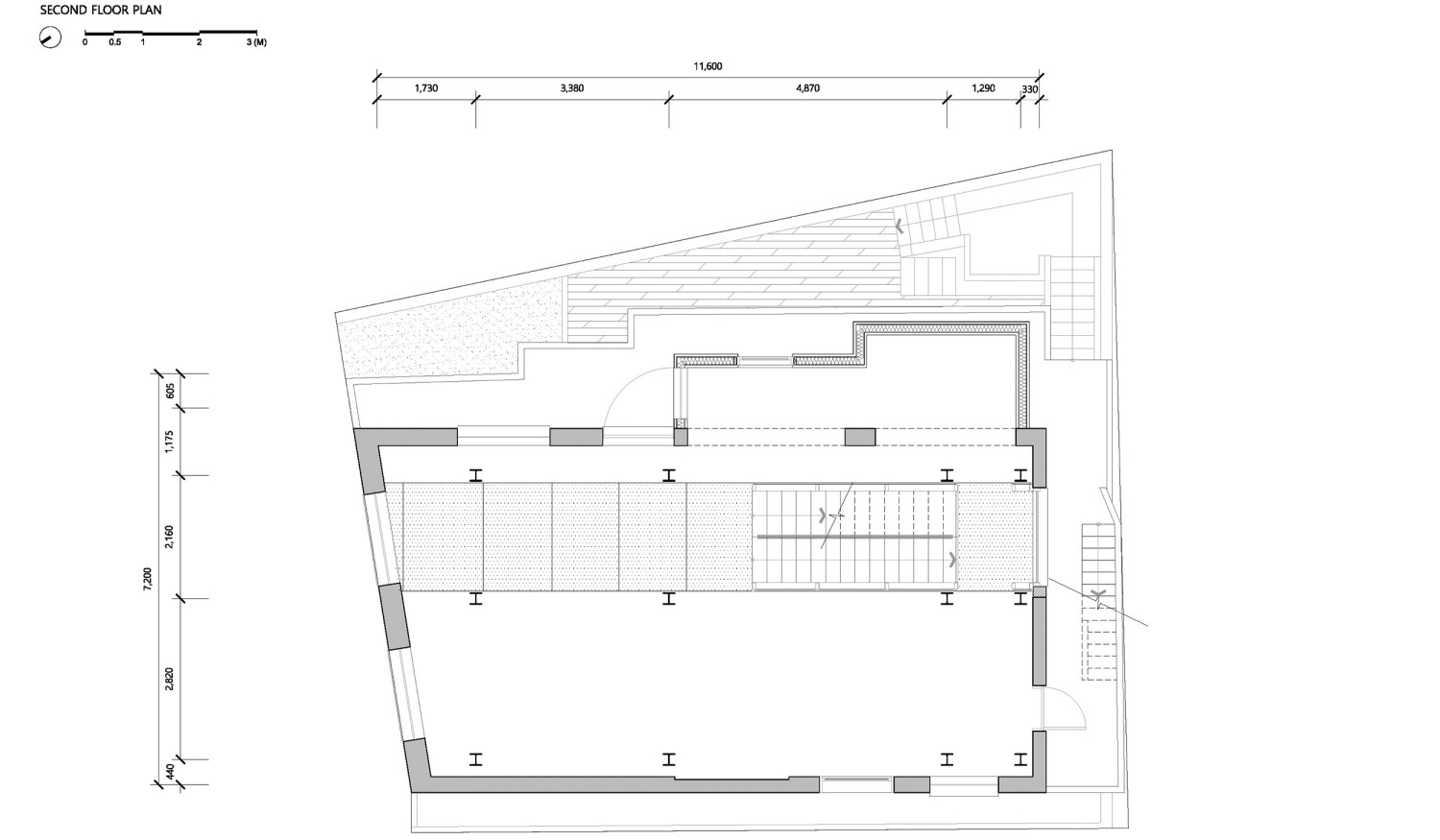 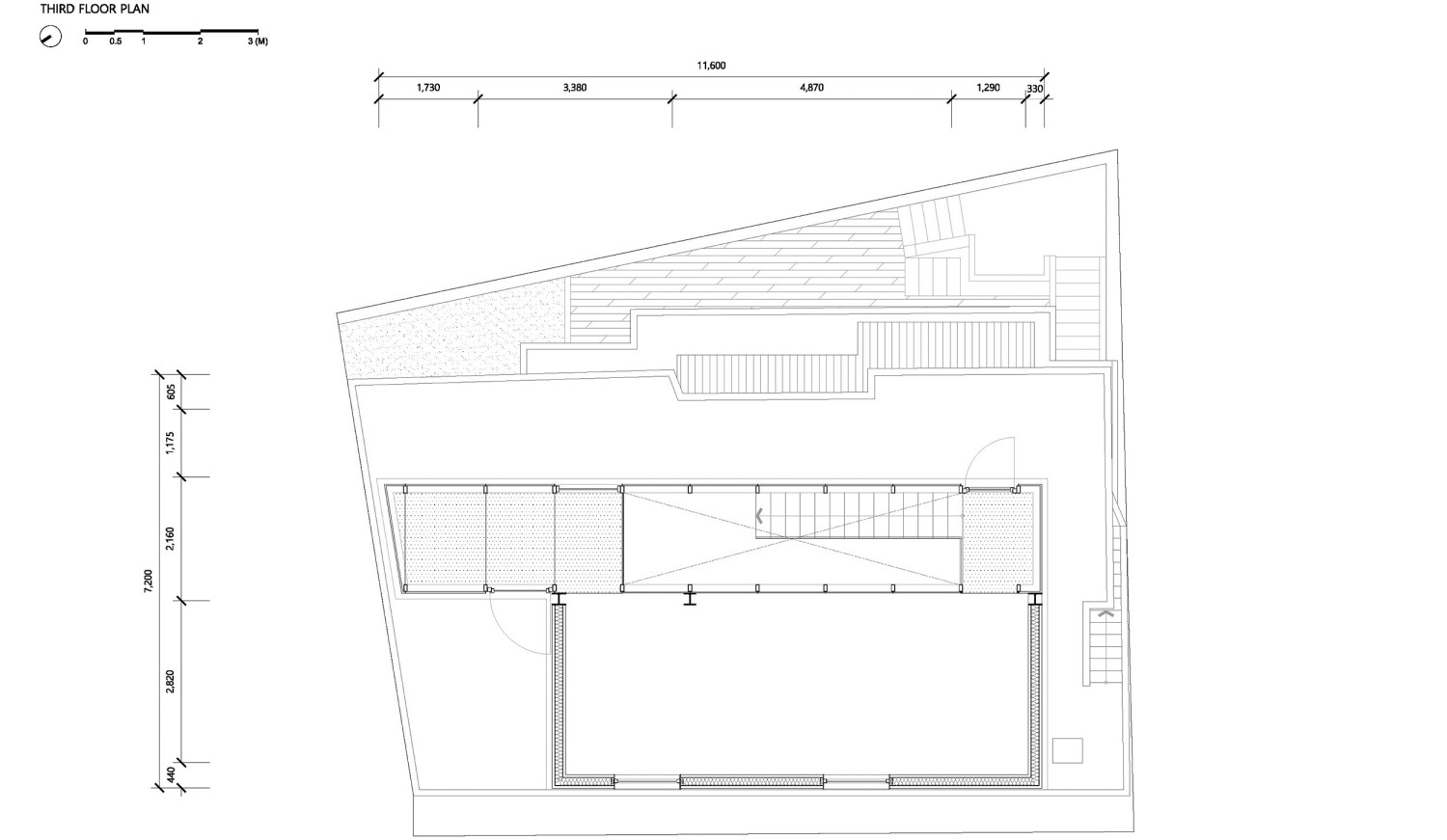 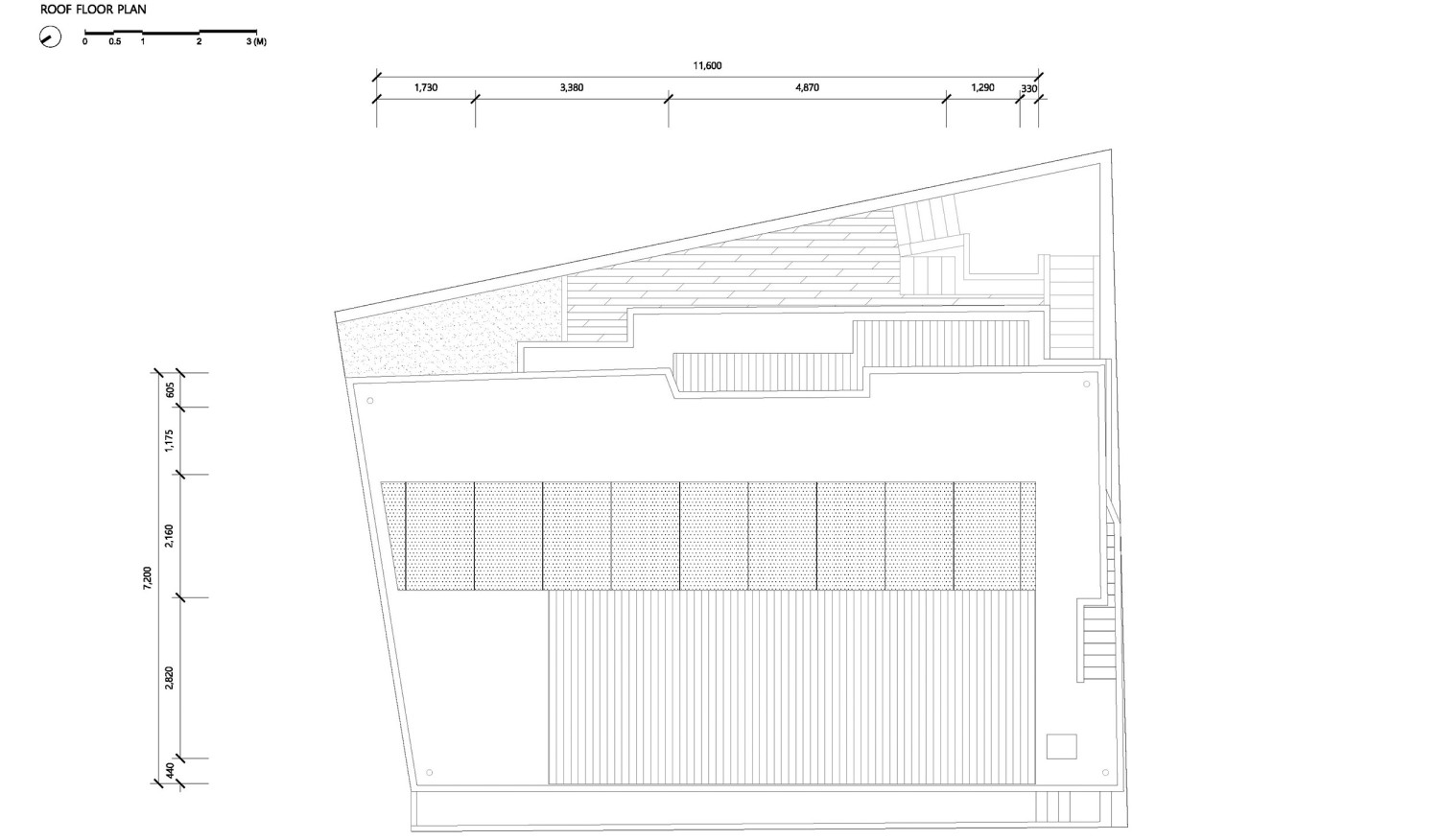 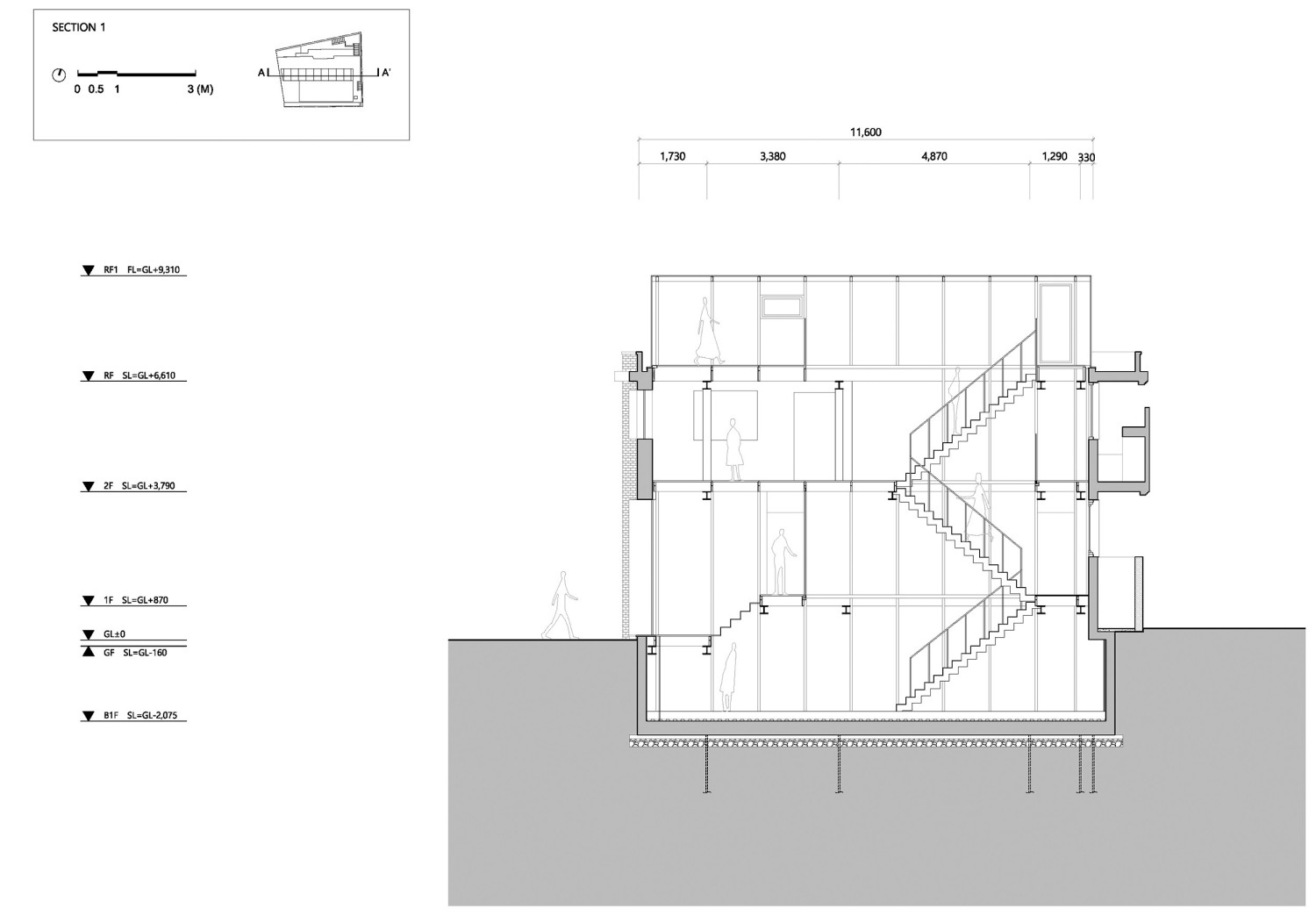 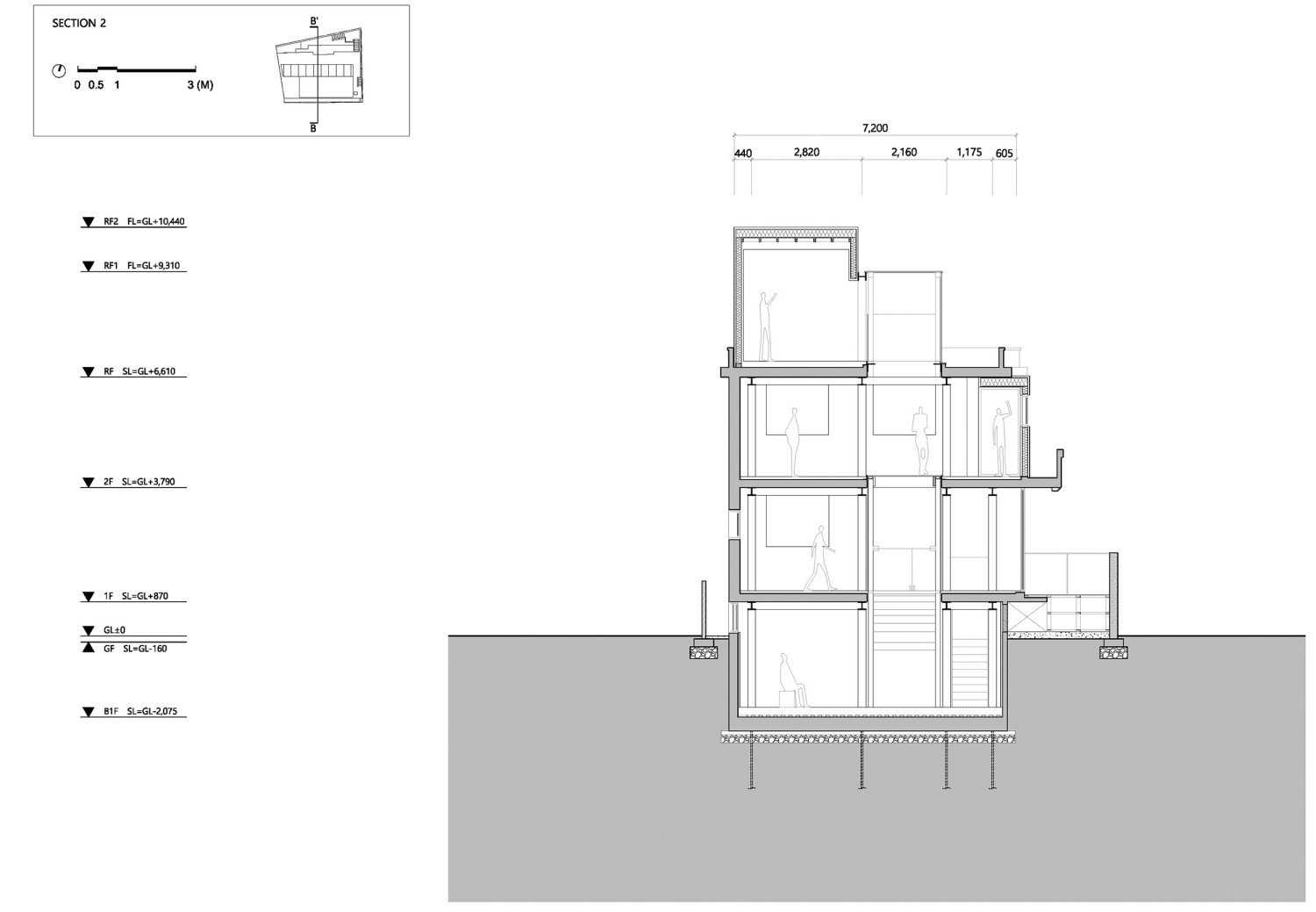 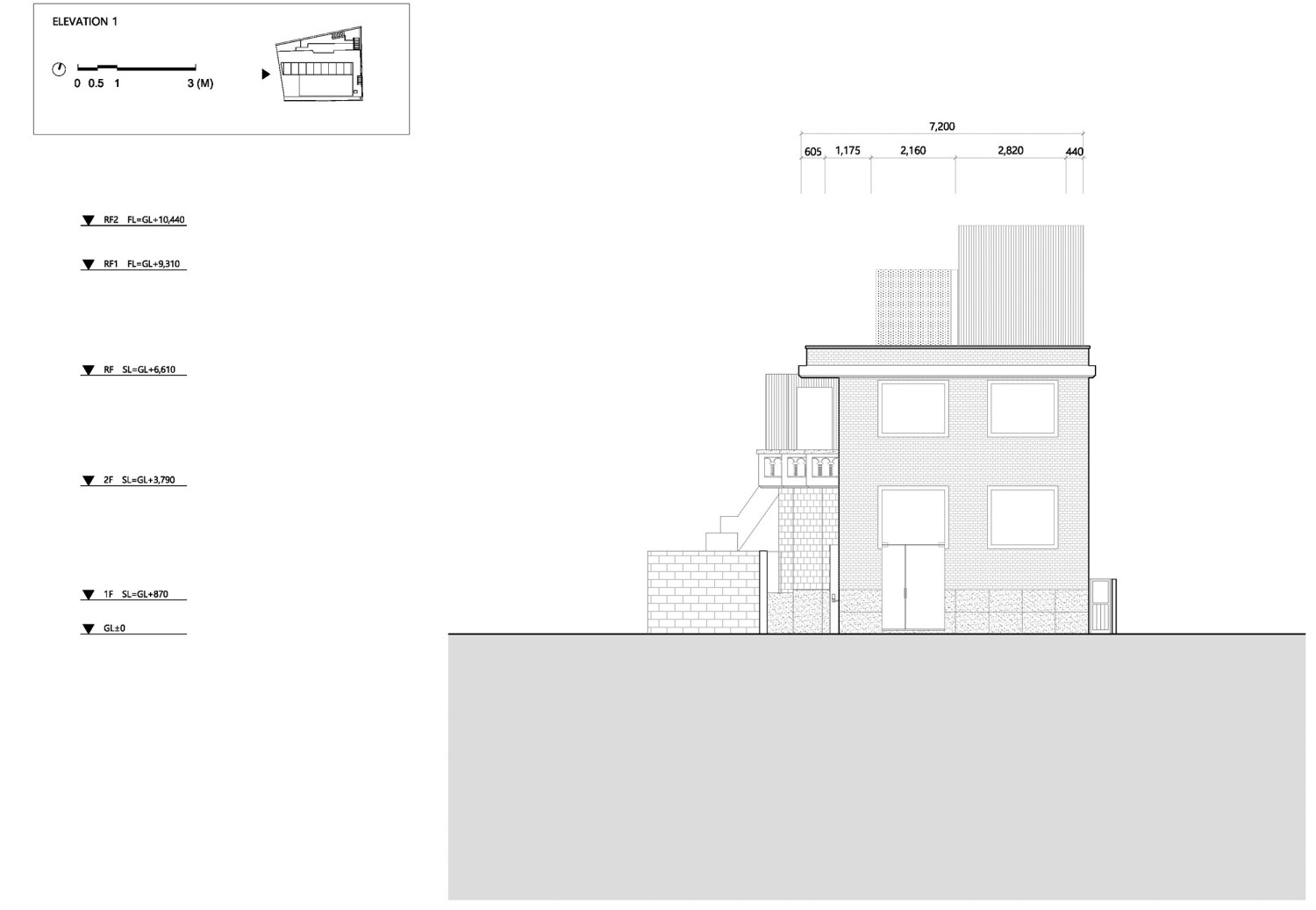 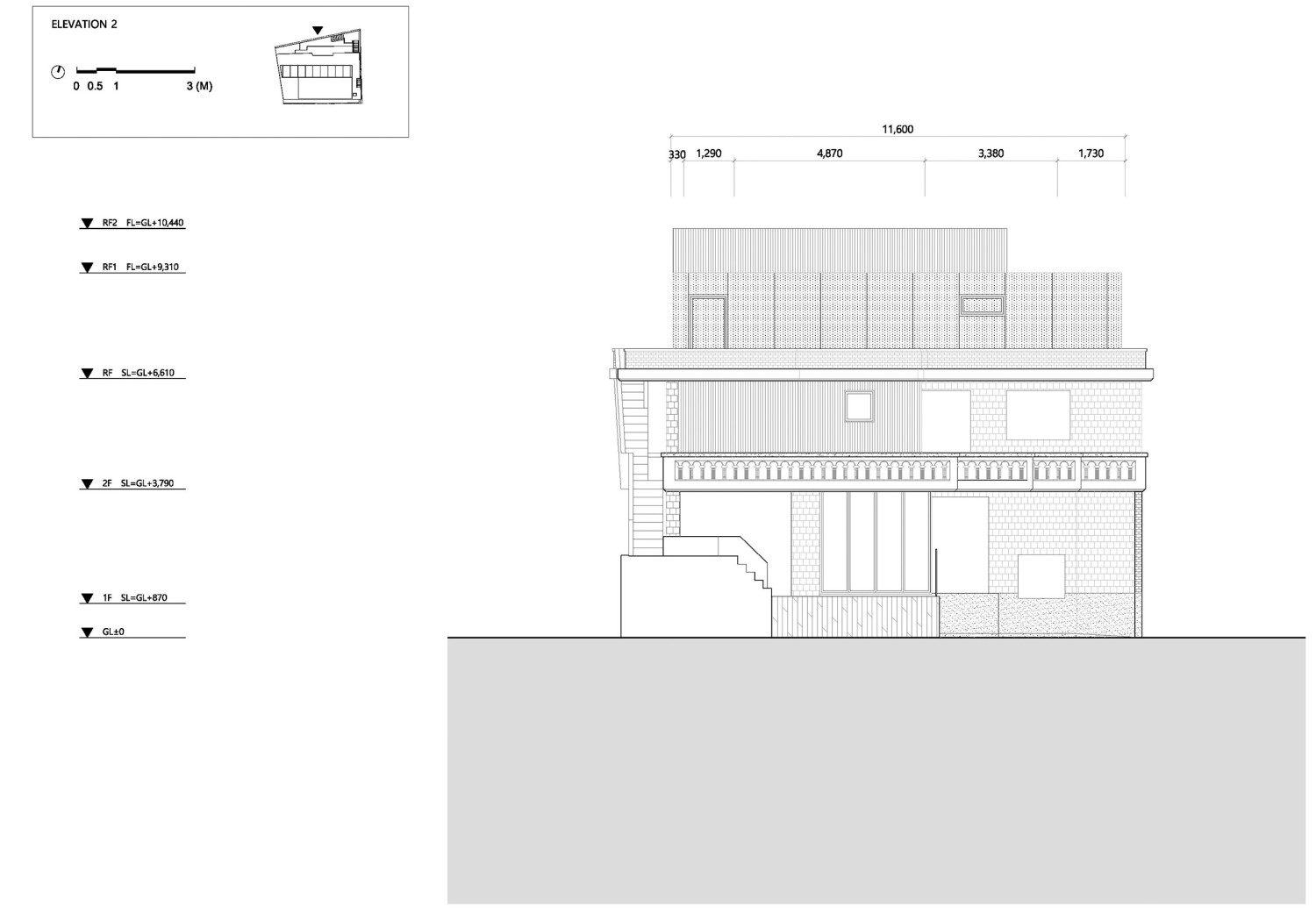