“Winter House” is a single residential unit whose main goal is being a shelter and a setting for the enjoyment of the land property’s pristine privileged nature, such as the outdoors and the country lifestyle. These are the main reasons why the blueprint is organized into four blocks, linked through the occupants’ control of permeability from the inside-out of the residence, for the layout to approach thanks to the textures accomplished on the volumes, rifts and spans, into dynamic filters which extent or restrict spaces in order to the necessities. 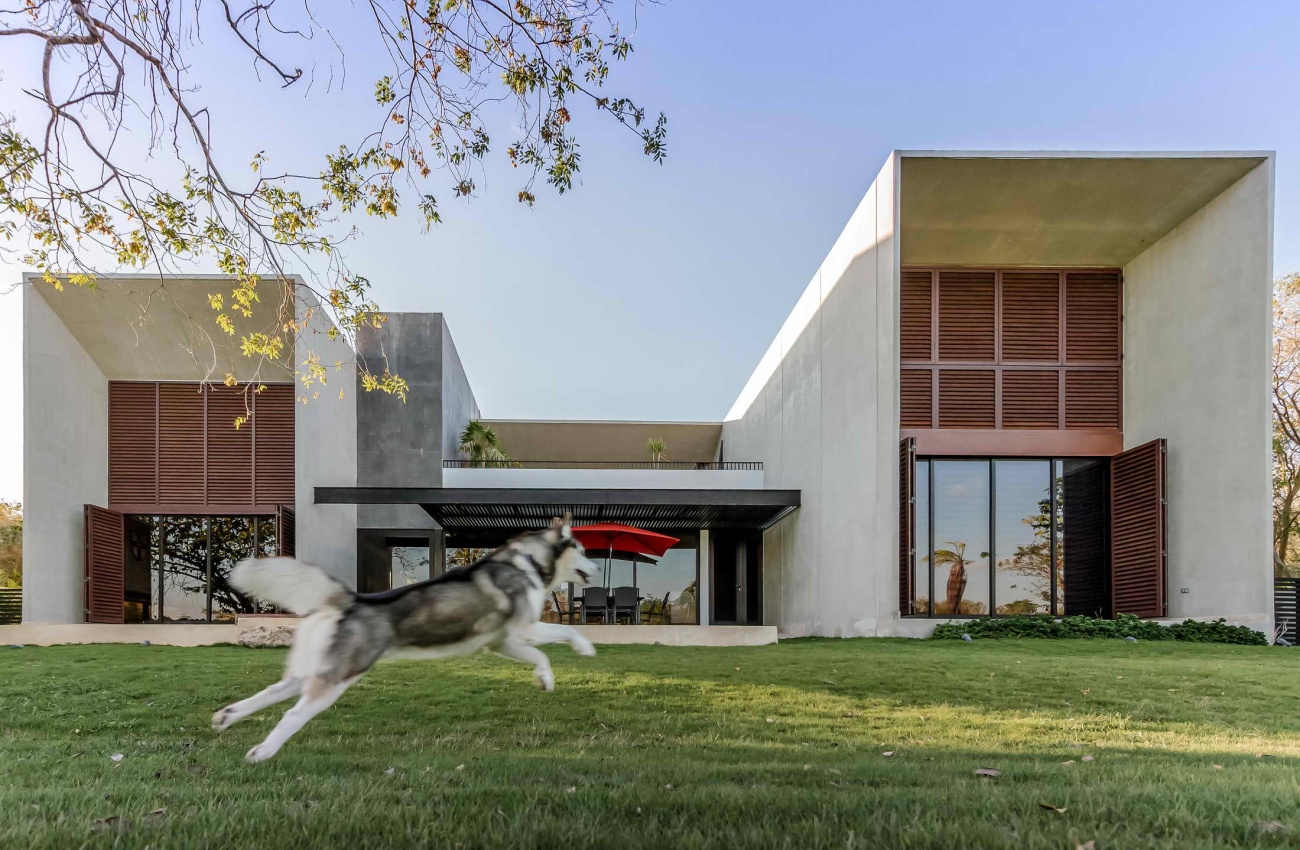 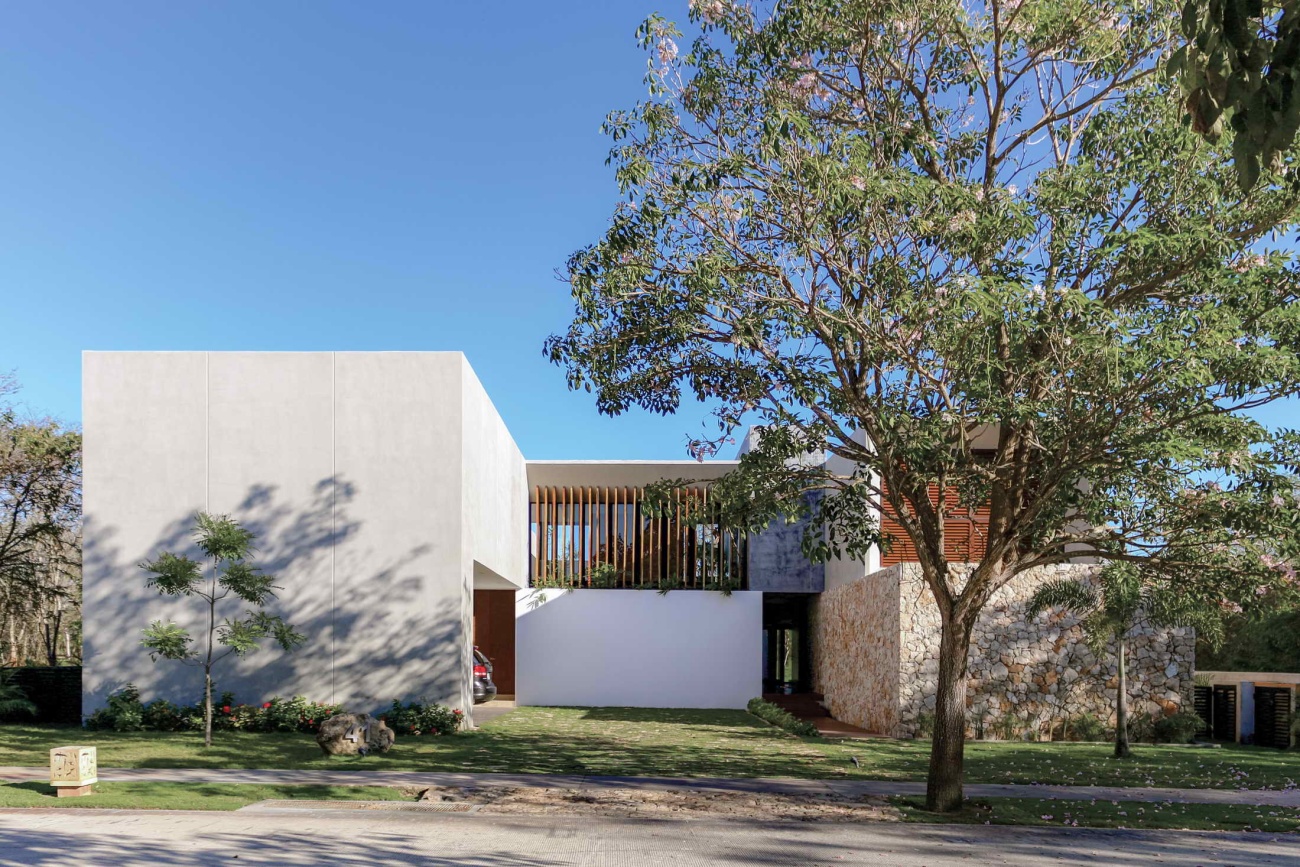 Towards the avenue arises a language of materials which holds the sincerity of the natural elements, such as stone and wood, and whose spans emphasize the different volumes that appear to be dancing one next to the other. The space is seized by an axis of different heights that opens a gateway from north to south as the spinal column of the house that unfold each space reaching into the green oasis of the Country Club. 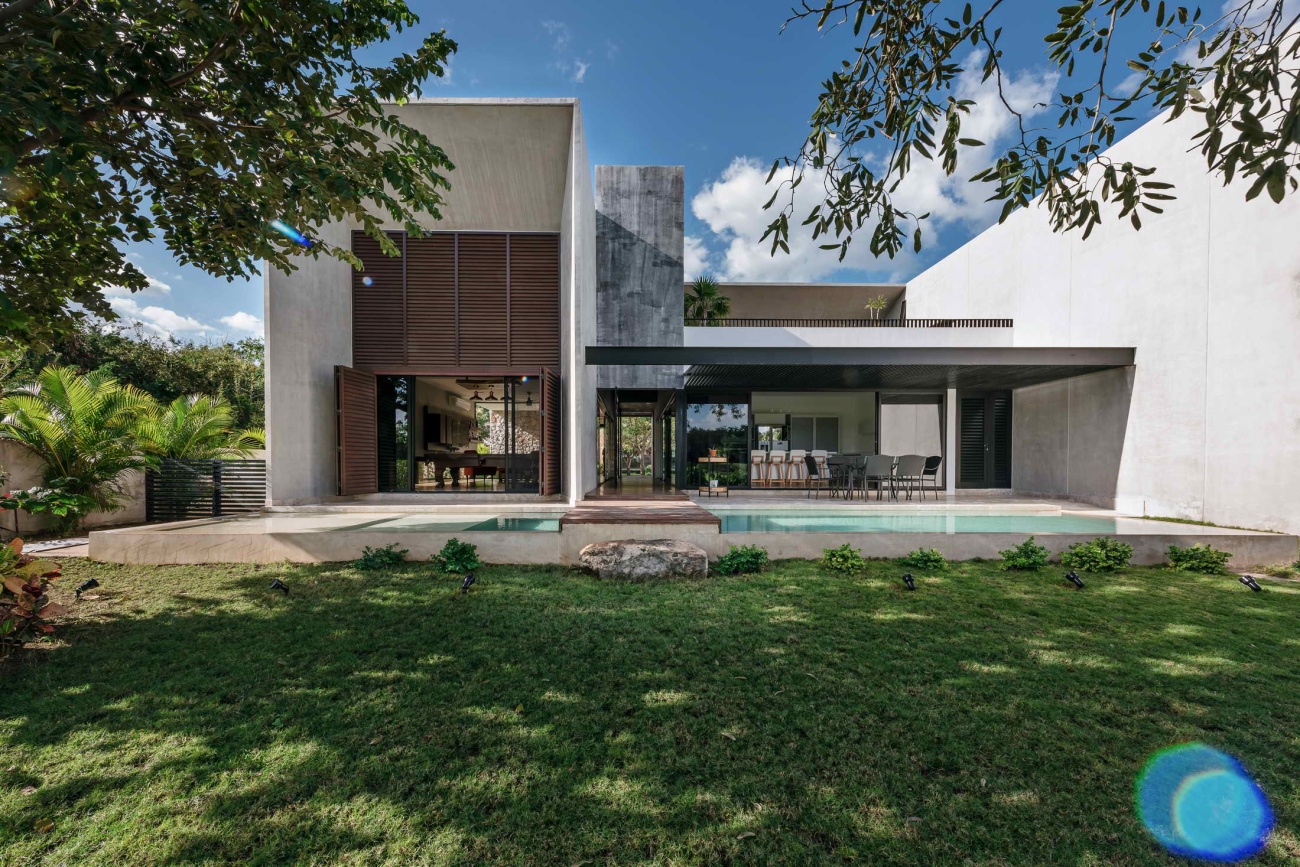 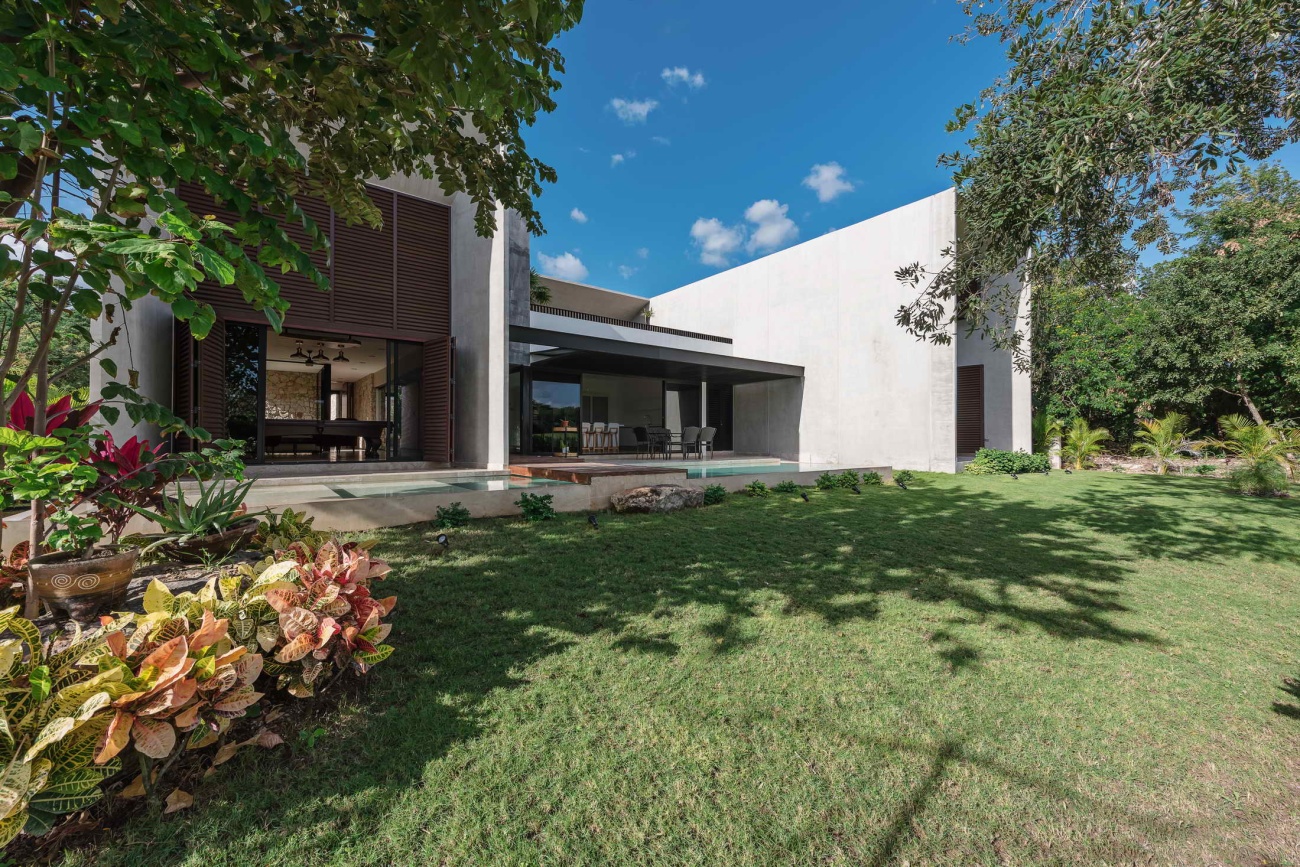 Towards the golf camp, a game of different volumes makes appears, whose flared spans reduce the weight, creating ones covered with textures that allow a wide managing of permeability, giving the opportunity to transform the whole house into an extension to the golf camp if wanted.

The brief consists of a social area: the living and the dining rooms, the bar, the office, the kitchen, the pool and the terrace; a private area, which includes four bedrooms and services. It was required that those areas were independent from one another, therefore, the access is introduced as a meeting point between them, and its function as an extension of the whole areas leading to the golf camp.

Every space is distinguished by its privacy control and permeability towards the exterior, as such as the office that is divided in two parts: one on the outdoors and one on the indoors and their interaction is perceived as dependents one from another since the foliage and the tectonic of the residence allow (if wanted) to get rid of the splitting between them, promoting constant ventilation and controlled sunlight. 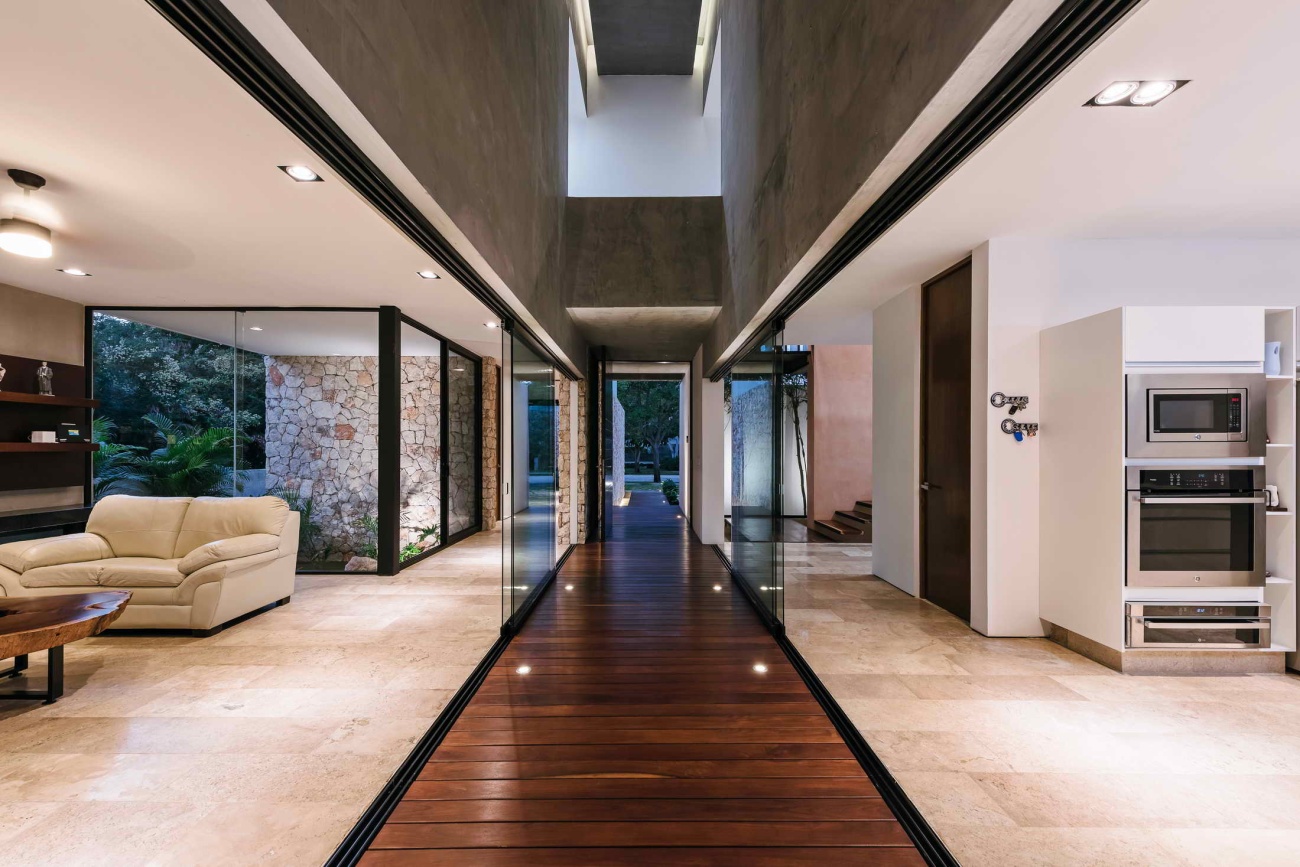 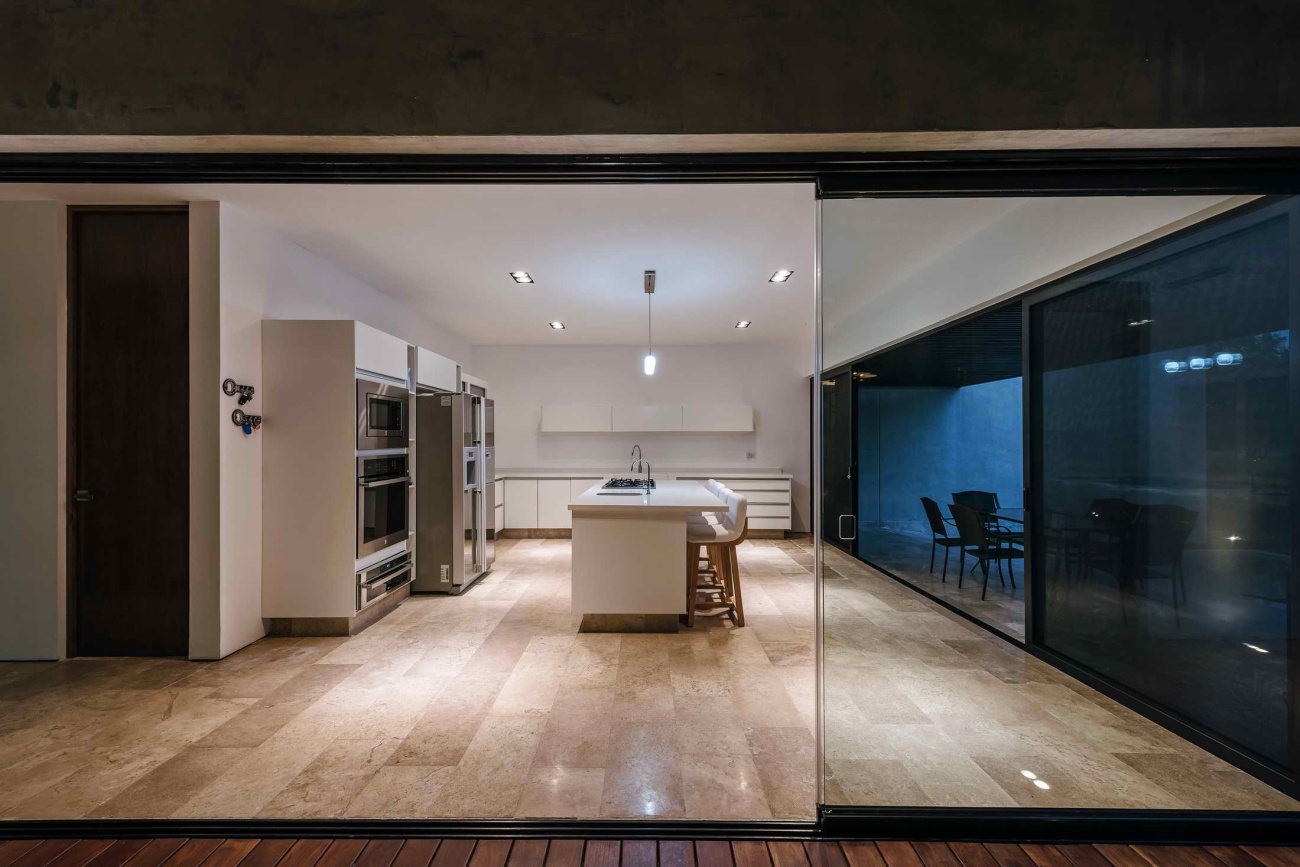 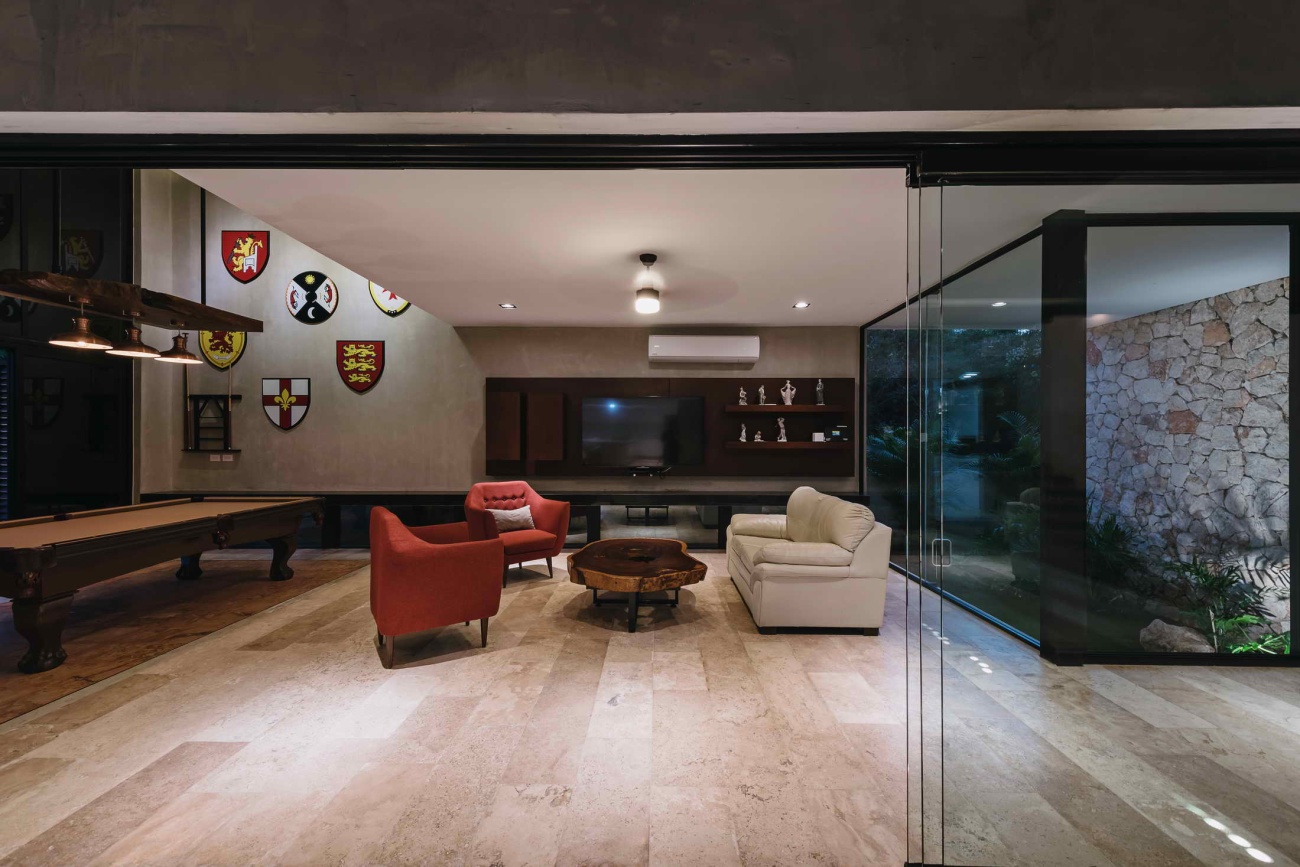 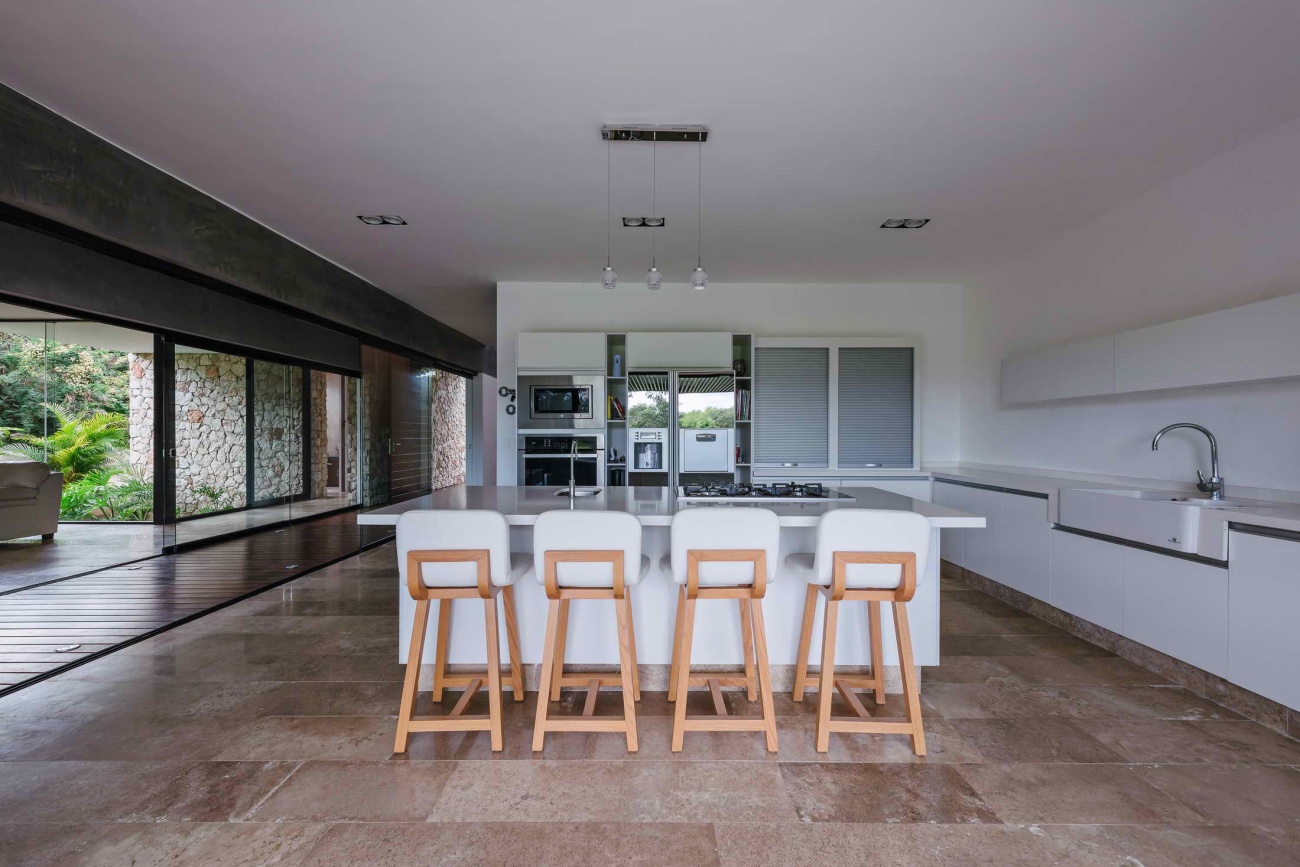 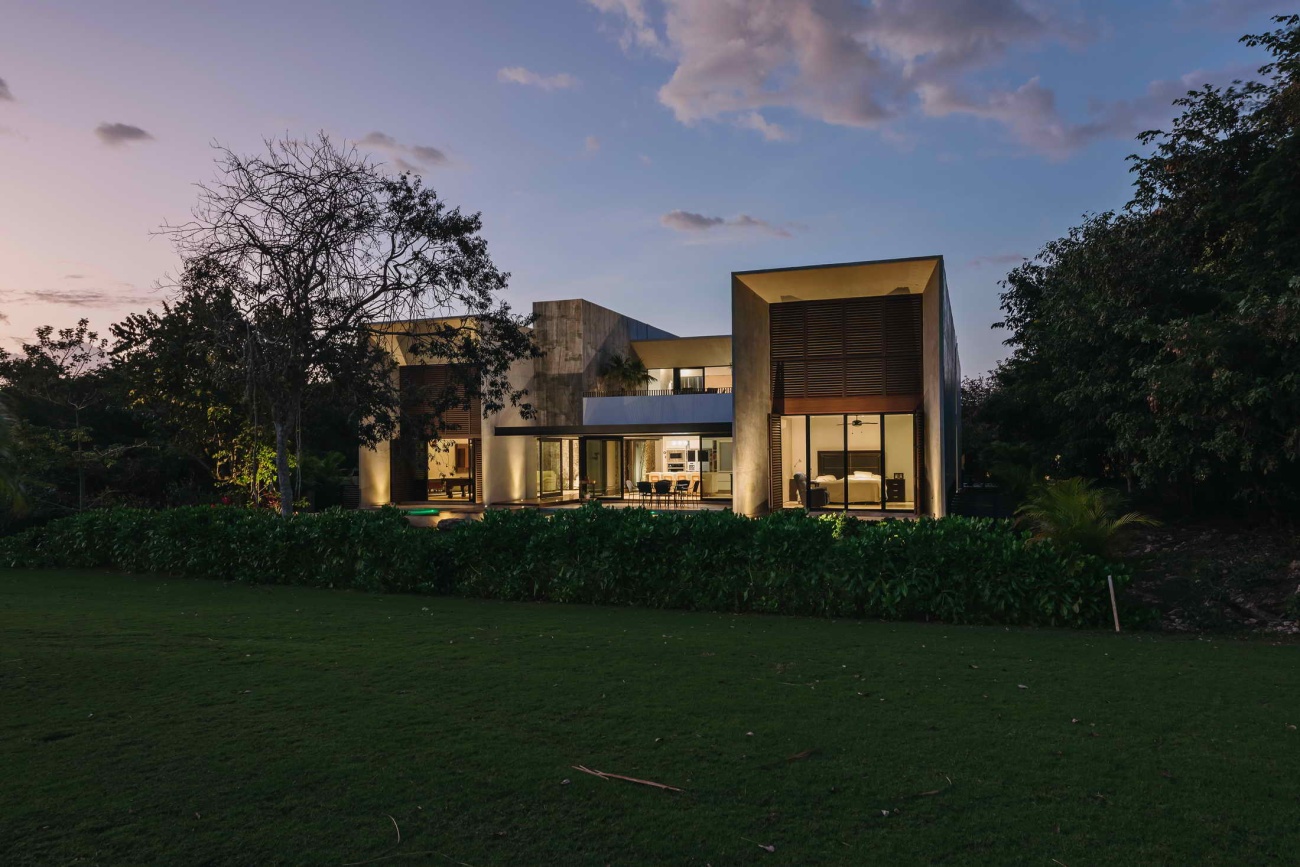